Formula 1 has resurrected the famous mechanics' raft race at the Canadian Grand Prix, as part of a push by the championship's new owners to make events more fun

The Olympic rowing lake behind the paddock at the Circuit Gilles Villeneuve used to host a raft race every year until the late 1990's, with teams bringing their own designs and taking great pride from success in the competition.

But the event eventually fell to the wayside as F1 became more corporate and workload on the mechanics increased.

F1's new regime under Liberty Media has helped to bring the event back to life, with the raft race set to take place at 7pm on Saturday night. 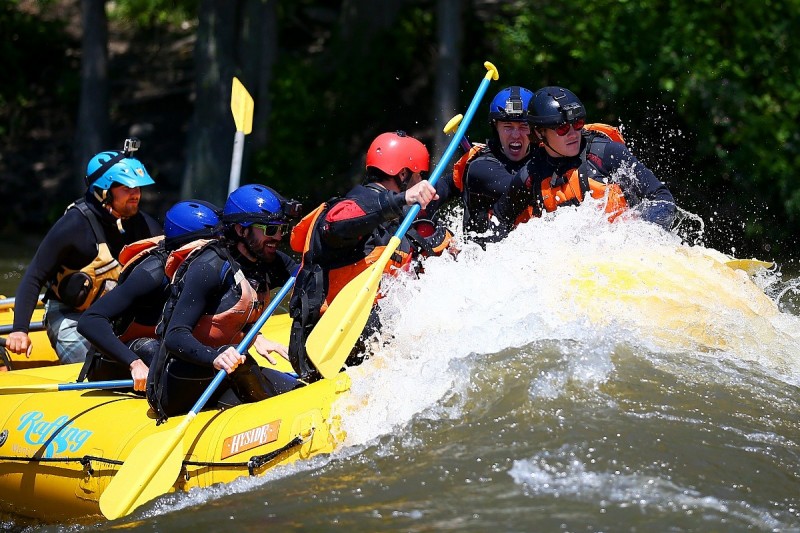 One change from the past is that teams will no longer come up with their own bespoke designs for the event.

Instead, teams will be given identical kits to build their own raft within a set amount of time, and team principals are also expected to be on board their vessels in the race across the lake.

All teams have been invited to attend, although it is understood that some teams - including championship contenders Mercedes and Ferrari - have decided not to join in.