Max Verstappen led Valtteri Bottas and Lewis Hamilton in FP2 at Formula 1’s 2021 Belgian Grand Prix, a session twice red-flagged due to incidents including a late crash for Verstappen.

As was the case in Friday’s earlier FP1 session at Spa, FP2 got underway in damp conditions thanks to rain falling between the two one-hour practice sessions, although a there was a clear dry line already evident when Bottas led a small pack of runners out on intermediates when the pitlane opened.

As the rest of the track dried quickly, the rest of the pack appeared straightaway on slicks and the times soon tumbled – with Esteban Ocon going fastest after 15 minutes had passed thanks to his 1m46.638s, also on the hard tyres.

That was soon beaten by Nicholas Latifi’s 1m46.198s on the medium tyres, before the Williams driver was usurped by Bottas putting in a 1m44.513s – the Mercedes also running the yellow-walled rubber.

Verstappen slotted in behind Bottas before he was pipped by Hamilton, who ended up just 0.031s behind his team-mate at this stage, with the world champion now running a much smaller rear wing compared to the set-up he used in FP1.

At the halfway stage, the Mercedes drivers were among the first runners to fit the soft tyres to complete qualifying simulation efforts, but curiously neither Bottas or Hamilton improved their personal bests on the softer rubber – although the latter did post the then quickest time in the middle sector. 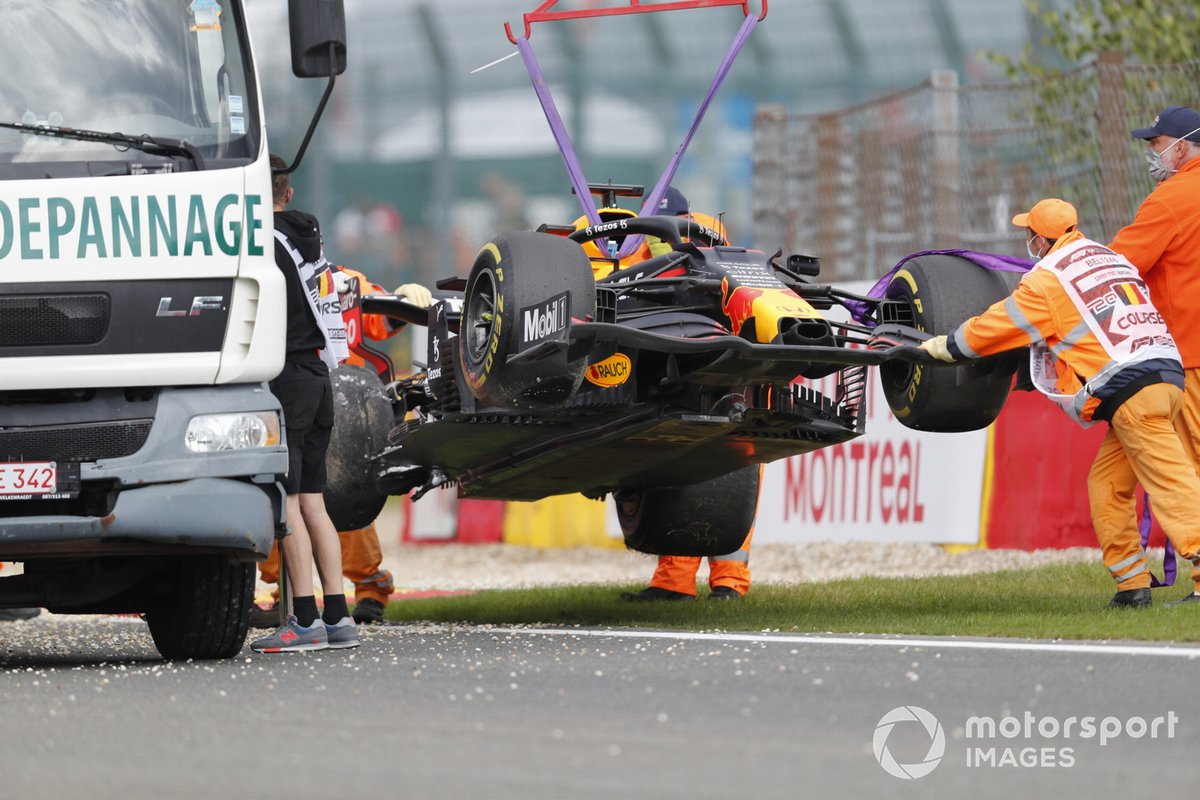 When Verstappen emerged on the red-walled rubber a few minutes later, the Red Bull driver flew to the top spot with a 1m44.472s – beating Hamilton’s fastest time in the technical middle sector before losing some ground to his personal best in the final third.

But it was nevertheless enough to give Verstappen the top spot by 0.041s to Bottas’s best time on the mediums, with Hamilton 0.072s behind on his time also set on the mediums.

Fernando Alonso set the fourth fastest time for Alpine, ahead of Gasly and Lance Stroll.

Esteban Ocon ended up seventh after having a wild spin approaching the 40-minute mark when he lost the rear of his Alpine exiting the Fanges chicane and travelling sideways a long way down the track towards the first right of Stavelot before stopping facing the wrong way and then recovering to the pits with no damage other than a ruined set of softs.

Vettel, Norris and Sergio Perez rounded out the top 10 following the qualifying simulation efforts, with the Red Bull driver another runner who posted their best FP2 time on the mediums.

With further rain holding off, the teams were able to switch into their typical late FP2 high fuel runs to gather information for the race long runs, but this part of the session was heavily disrupted.

First, with just over 15 minutes remaining, Ferrari’s Charles Leclerc, who ended up 18th in the final standings, crashed at the final part of Les Combes – having lost the rear of his car when he accelerated out of the right-hand second part.

Leclerc’s attempts to catch the incident brought him onto the kerbs on the inside of the sequence and he slid into the barriers between Turns 6 and 7, which knocked the left-front off his car and brought out the red flags. 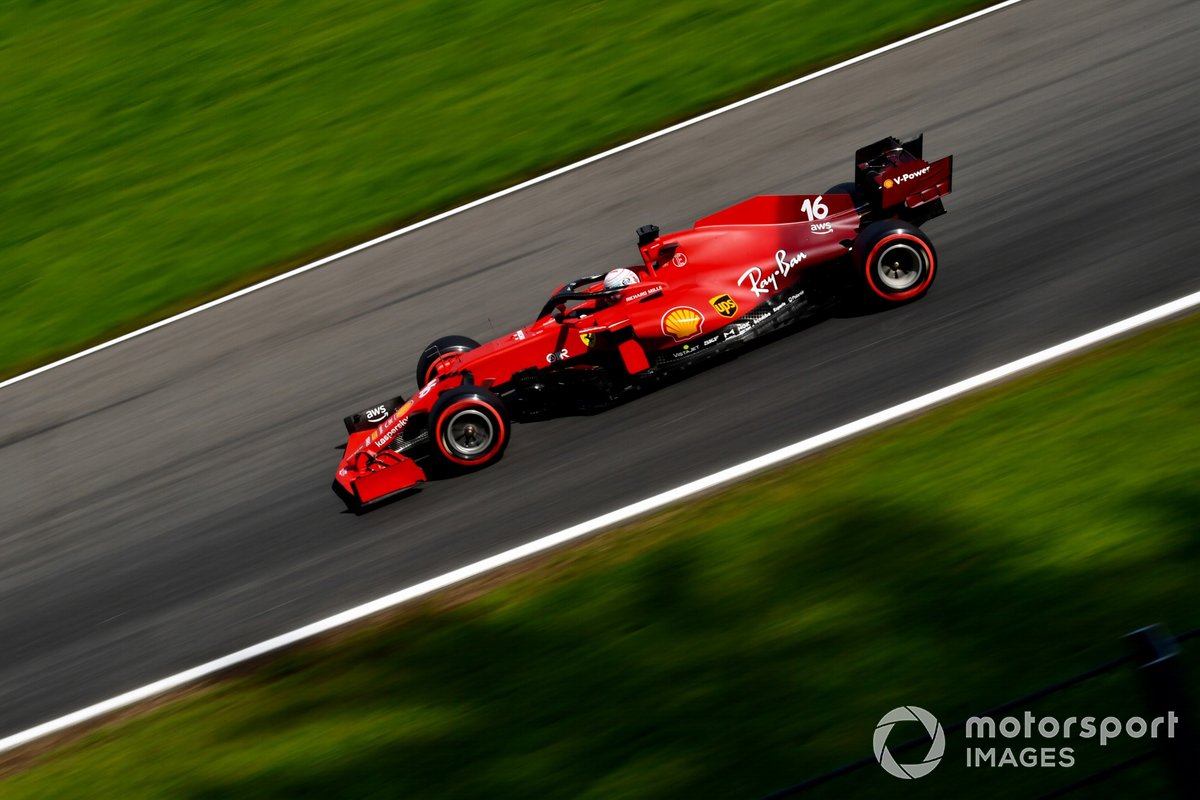 After a short delay to recover the Ferrari, the session resumed with 10 minutes to go and most of the field lining up at the end of the pitlane.

The set off to complete further high-fuel running but this was cut short when Verstappen crashed with three minutes remaining – also at the final part of Les Combes, Turn 7, albeit exiting the corner compared to where Leclerc crashed.

Verstappen lost the rear of his RB16B at much higher speed as he ran through the fast right-hander and went off backwards into the barriers on the outside, damaging both right-side wheels.

With so little time remaining and gravel strewn over the track as a result of the incident, FP2 was not restarted.