Max Verstappen was declared the winner of the shortened and then abandoned 2021 Formula 1 Belgian Grand Prix after severe and persistent wet weather impacted proceedings at Spa.

Following a rain-affected qualifying on Saturday, showers continued to hit the Spa region throughout Sunday in the build-up to the start of the race.

Race control announced shortly before the planned race start at 1500 local time that formation laps would be completed behind the safety car, and pushed the start of the formation laps to 1525.

The field completed two full formation laps, but with most of the drivers reporting poor visibility and a lack of grip, the race was red flagged at 1530 and all drivers returned to the pitlane.

A lengthy delay followed, but with the rain showing no sign of abating and the timer ticking down from the start of the three-hour window at 1500, the chances of running a race to award full points grew slim.

With one hour remaining on the clock at 1700, the stewards temporarily stopped the race, freezing the clock to try and wait for a break in the weather.

The rain eased slightly so the field could return to the track behind the safety car at 1817, passing the green light at pit exit, and completed two full laps to ensure the race was official and a classification could be issued.

During the third lap behind the safety car, race control red flagged the race again, prompting the drivers to return to the pitlane, before it was officially declared as the final result at 1844. 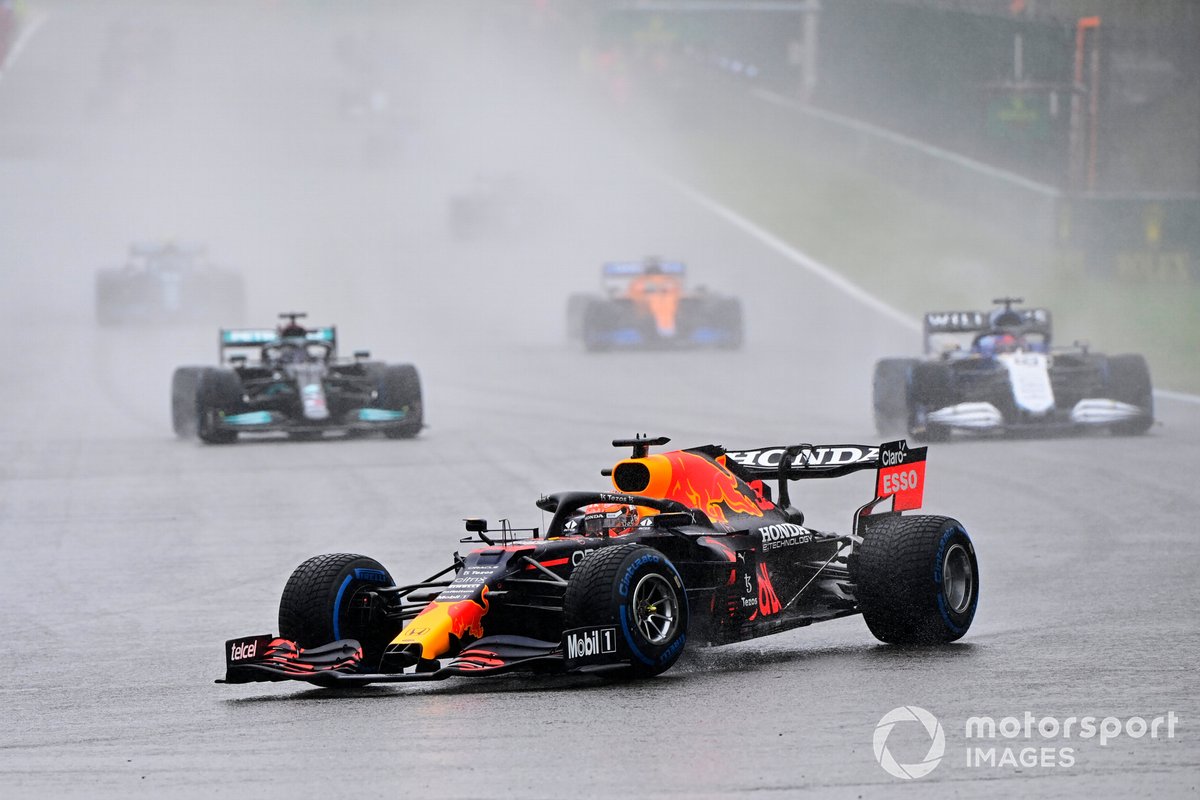 It is the first F1 race to run to half points since the 2009 Malaysian Grand Prix, and the shortest race in F1 history to have an official classification. The previous low was 14 laps completed at the 1991 Australian Grand Prix.

The result means that Hamilton's lead at the top of the drivers' championship has been cut to just three points ahead of next weekend's Dutch Grand Prix at Zandvoort.

McLaren's Daniel Ricciardo was classified in fourth place ahead of Sebastian Vettel for Aston Martin and Pierre Gasly for AlphaTauri, while Hungarian Grand Prix winner Esteban Ocon crossed the line in seventh place for Alpine.

Despite the two laps being completed behind the safety car, Nikita Mazepin is officially awarded the fastest lap of the race - 3m18.016s - but does not receive any bonus point as he finished outside of the top 10.