Following an unusually busy three-week summer break, F1 returned to action in Belgium against a backdrop of a foggy Ardennes forest.

After a slight drizzle during the previous Formula 2 practice session, the imminent threat of rain loomed large, but the slightly damp Spa-Francorchamps circuit allowed a bustling opening phase on dry weather tyres.

Sainz opened proceedings with a careful 1m51.622s on hard Pirelli tyres. The Spaniard is Ferrari's point man this weekend as team-mate Leclerc is set to start from the back of the grid with an engine change penalty.

His time was quickly eclipsed by McLaren duo Lando Norris and Daniel Ricciardo, Norris leading the way with a 1m49.712s on softs before Alpine's Esteban Ocon split the pair.

Runaway championship leader Verstappen, who is also facing a grid penalty after a Red Bull engine change, took over two seconds out of Norris to go top with a 1m47.456 on softs followed by a 1m46.755s effort.

Norris and Ocon will also join the two championship protagonists at the back of the field amid a flurry of engine changes. 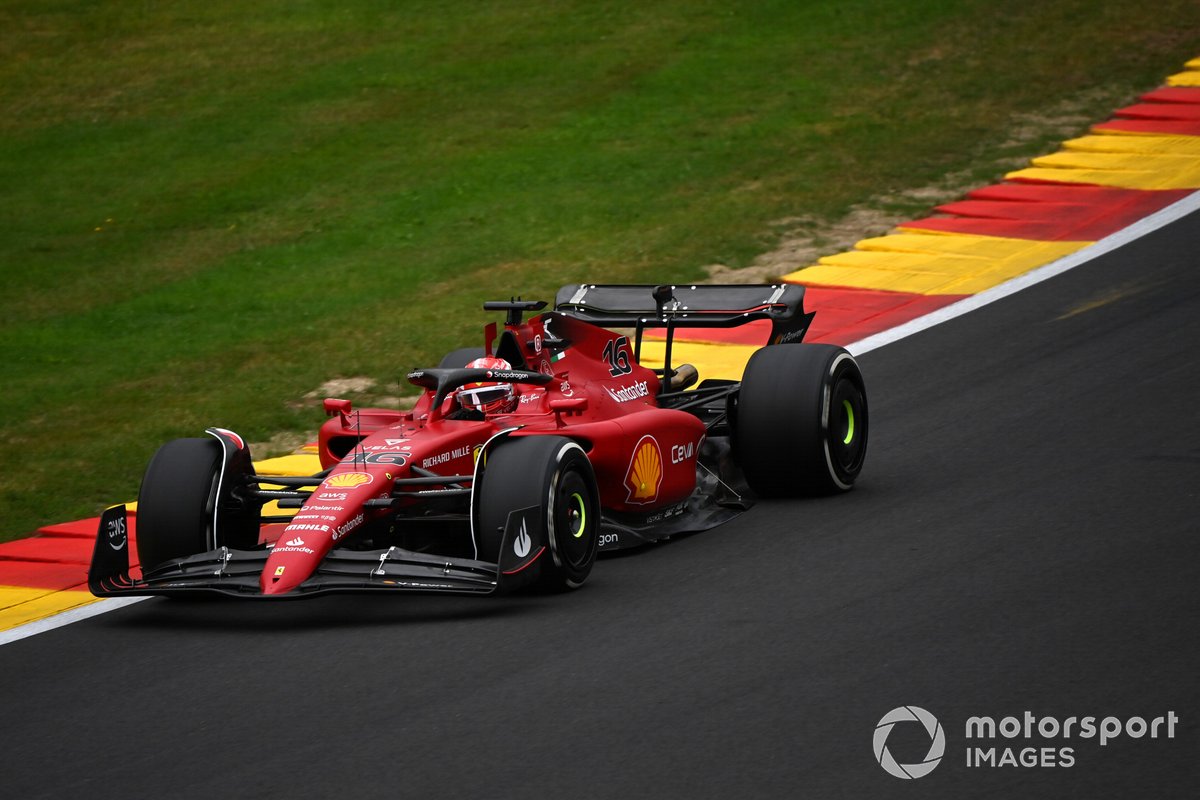 Before the halfway point Williams' wildly porpoising Alex Albon made a surprise appearance in second place, indicative of the quick track evolution as rubber was laid down.

With his soft-shod lap of 1m48.112s Albon demoted Mercedes' Lewis Hamilton to third.

With teams keen to maximise dry weather running given Spa's capricious climate, the traditional mid-session lull was reduced to a minimum.

As the second half hour kicked off Sainz regained top spot with a 1m46.538s, besting Verstappen's time by two tenths. Leclerc followed his team-mate through into second, just 0.069s behind.

But the session was soon red flagged with 22 minutes remaining as Kevin Magnussen ground to a halt coming out of the La Source hairpin.

Magnussen's suspected engine issue prompted a long stoppage as marshals gingerly removed the Haas, leaving just nine minutes on the clock as the lights switched back to green.

At the restart drivers reported rain at various parts of the circuit, which nipped a likely flurry of late improvements in the bud, and with five minutes to go a typical local downpour ended any fastest lap attempts. 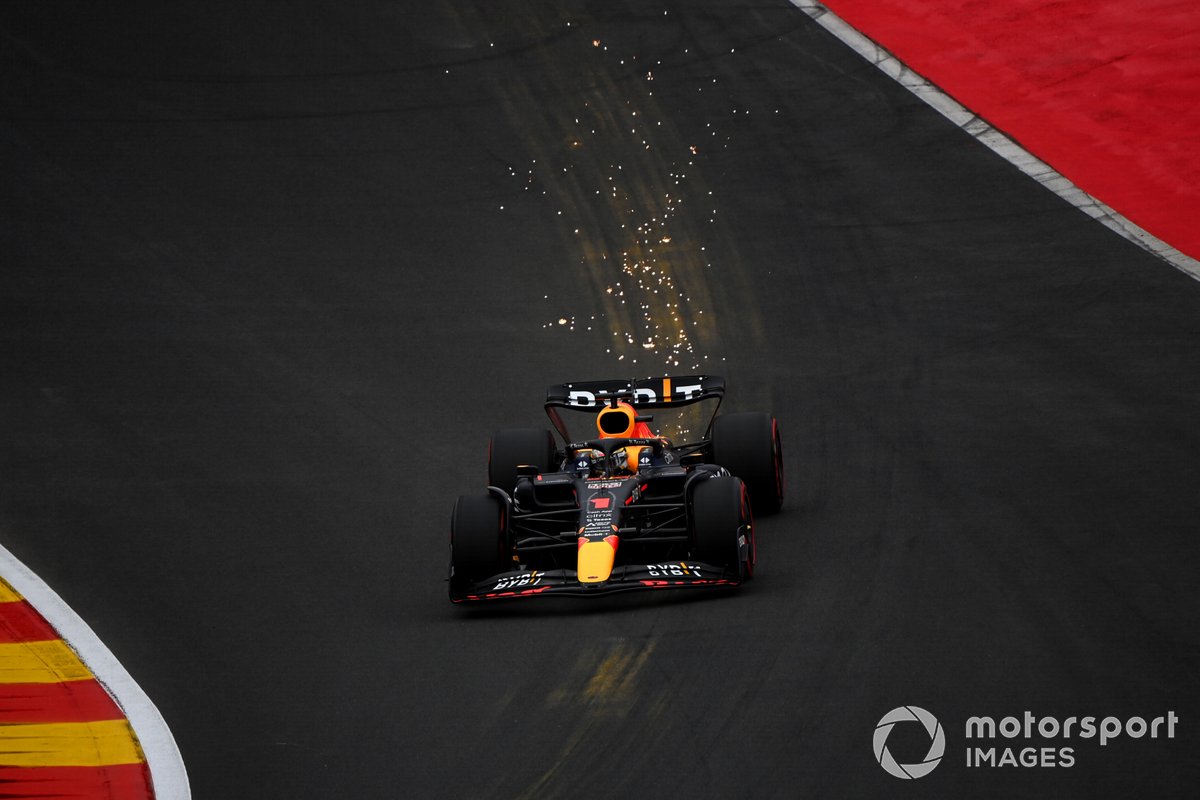 That meant Sainz was locked into first position ahead of Leclerc and Verstappen.

Ricciardo followed in seventh, followed by AlphaTauri's Yuki Tsunoda and Hamilton, with the second Red Bull of Sergio Perez completing the top 10.

Nicholas Latifi was 11th in the second Williams, ahead of Zhou Guanyu in the Alfa Romeo and Norris.

Alpine's Fernando Alonso ended down in 13th, followed by Sebastian Vettel, the man he will replace at Aston Martin next year.

Ocon was 16th in the second Alpine, ahead of Haas pair Magnussen and Mick Schumacher.

Red Bull protege Liam Lawson, in at AlphaTauri instead of Pierre Gasly during Friday's FP1, completed 14 laps and set the slowest time in 19th.

Valtteri Bottas' run of Friday gremlins continued when he parked his car in the garage early on after completing just two outlaps.

Even before the rain came conditions were tricky on the repaved and refurbished circuit, which also features the much vaunted return of gravel traps in many key corners, but apart from the red flag the session remained incident-free.

The second hour of practice follows at 5pm local time