Rain falling in the hours ahead of the session starting meant there was no early scramble to get out of the pits, with the majority of the field waiting a few minutes before emerging to undertake several slow and untimed laps on the intermediates.

After 10 minutes had passed it became clear that the track was dry across its long length and the drivers switched to the dry rubber – led by McLaren’s Lando Norris.

The Briton duly set the session’s first flying lap, a 1m50.191s, set on the medium tyres, which was beaten a few minutes later by Sebastian Vettel’s 1m49.324s, which was also set on the yellow-walled rubber.

Conditions remained slippery – as proved by the initial times being nearly 10 seconds slower than the 2020 Belgian GP’s pole time and the drivers only gingerly touching the kerbs – and Kimi Raikkonen and Yuki Tsunoda spinning at the exit of La Source as they started their first lap on slicks, the Alfa Romeo and AlphaTauri drivers looping around as they put the power down exiting the tight right-hander and spinning off backwards and then into the exit runoff and pitlane exit respectively in separate incidents.

The first place benchmark fell regularly during the following 15 minutes, with Daniel Ricciardo and Pierre Gasly enjoying brief stints at the top before Vettel’s 1m48.199s, as his initial run on the mediums continued, put him back in front with 20 minutes completed.

Esteban Ocon then used the mediums to set two consecutive fastest laps to bring the best time down to a 1m47.250s, which he beat a few minutes later on a 1m47.219s.

With nearly 30 minutes completed Verstappen was yet to post a timed lap as he carried on with the inters for longer than most drivers as Red Bull gathered data on the performance of the left-front of his RB16B, which was covered in flow-viz paint during the early running. 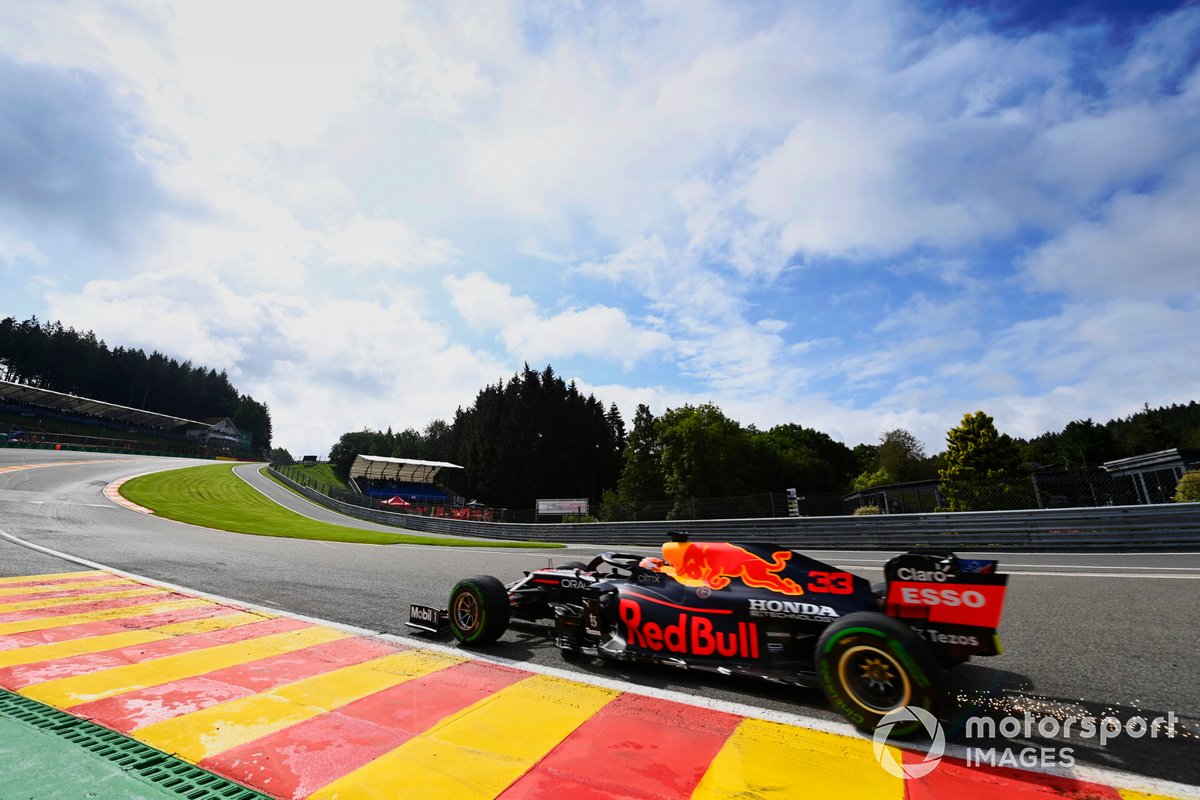 The Dutchman finally posted a time just before the halfway point, a 1m46.879s, which put him straight to the top of the times on the hard tyres.

Verstappen’s run continued into the early part of the second half of FP1 and he worked the top spot time down through 1m46.423s to 1m45.905s with just over 20 minutes remaining.

As the final third began, drivers began appearing on the soft tyres for the first time, with Ricciardo and Lance Stroll posting the initial times on the red-walled rubber, albeit nearly a second slower than Verstappen’s best on the hards.

Bottas leapt up the order with his first run on the softs with just under 15 minutes to go, his 1m45.199s putting him into first place.

Mercedes had split the rear wing set-ups on its two cars for the first session, with Hamilton running a much larger wing compared to Bottas, which he initially reported as “massively slow on the straights”.

But the world champion was on course to better his team-mate’s time with his first flier on the softs, but caught Nicholas Latifi’s Williams at the Bus Stop chicane.

With Latifi holding the racing line, likely unaware Hamilton had closed in with a tow throughout the final sector, the Mercedes had to go left and back off on the outside line, which meant Hamilton did not improve his personal best and remained well down the order.

Verstappen’s switch to the softs did not return him to the top spot as his initial run on that compound put him 0.2s behind Bottas despite being a then personal best with the fastest time in the middle sector and time shipped in the final third. 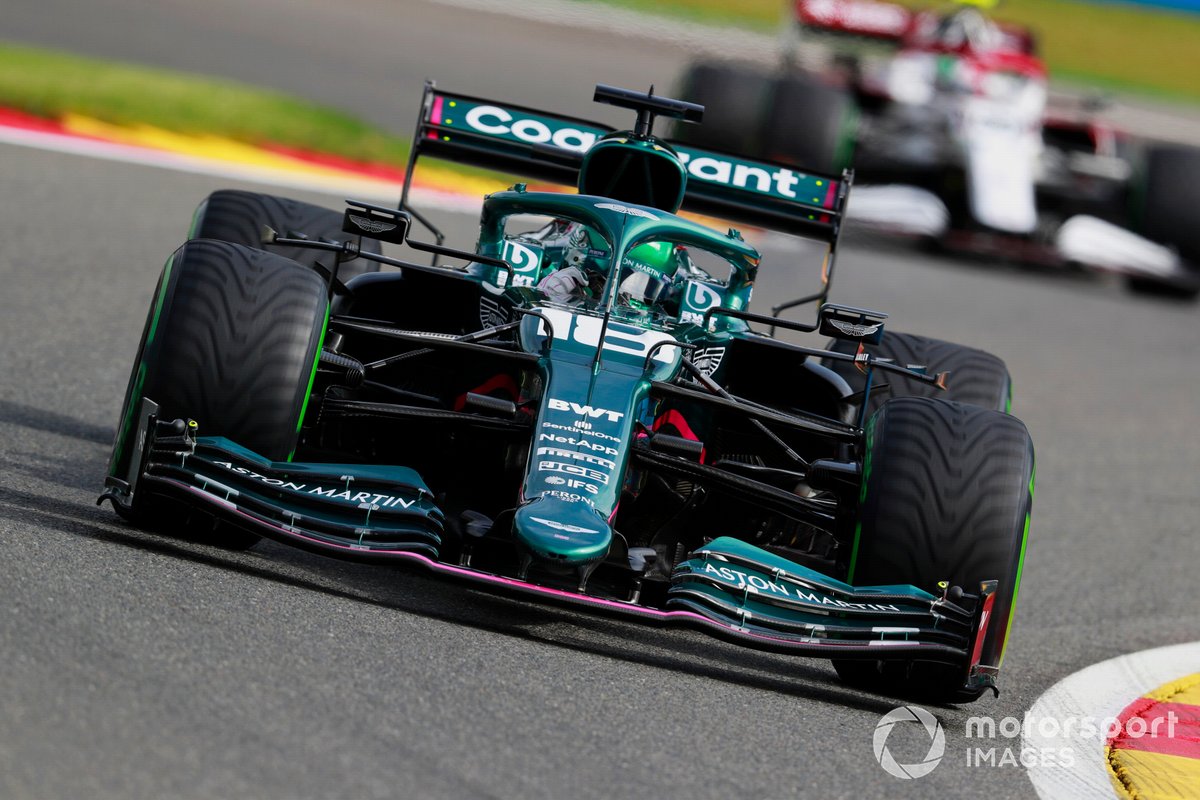 This played out again on a Verstappen’s next run, where he trimmed the gap to Bottas to 0.164s, but again struggled in the final corners, where spots of rain were now falling as the final minutes approached.

Those spots, plus gravel on the track at the exit of the final part of Les Combes – the high-speed right of Turn 7 – following Charles Leclerc sliding off the track and through the gravel trap on his first run on the softs, meant the final order remained static in the final minutes.

That cemented Bottas’s top spot, followed by Verstappen and Gasly, who slotted into third during his late run on the softs, followed by Leclerc and his Ferrari team-mate Carlos Sainz Jr.

Sergio Perez was sixth ahead of Vettel and Norris, with Ocon and his Alpine team-mate Fernando Alonso rounding out the top 10.

Hamilton’s lack of a personal best on the softs meant he ended up just behind Raikkonen’s 17th place, the Alfa driver also having a bizarre incident at the halfway stage where he clipped the inside wall of the pitlane when returning to his garage, reporting damage to the left-hand side of his car.