Huge gains in the first and second sector from the opening practice run vaulted Leclerc up the order, as he bolted to a 1m43.224s in his qualifying simulations on Friday evening.

That handed him a 0.25s advantage over FP1 pacesetter Perez, and Verstappen was again the slower of the RB18 drivers while Fernando Alonso ran impressively to net fourth place.

For the cooler and less windy evening stint, Carlos Sainz led Esteban Ocon to the end of the pitlane where they sat for 15s waiting for the track to open.

Only the Red Bulls remained in the garage after the first three minutes of running, with all selecting the C4 medium-compound Pirellis initially except the hard-shod McLaren duo.

Sainz was the first driver to gear up for a representative lap, circulating in 1m46.705s to lead Sebastian Vettel by 1.2s as Ocon was initially third.

But Alonso swiftly moved to the top as the Alpine yet again nailed the final sector - with the Spaniard fastest in S3 at the end of the hour - as he clocked a 1m46.673s to sit 0.06s clear. 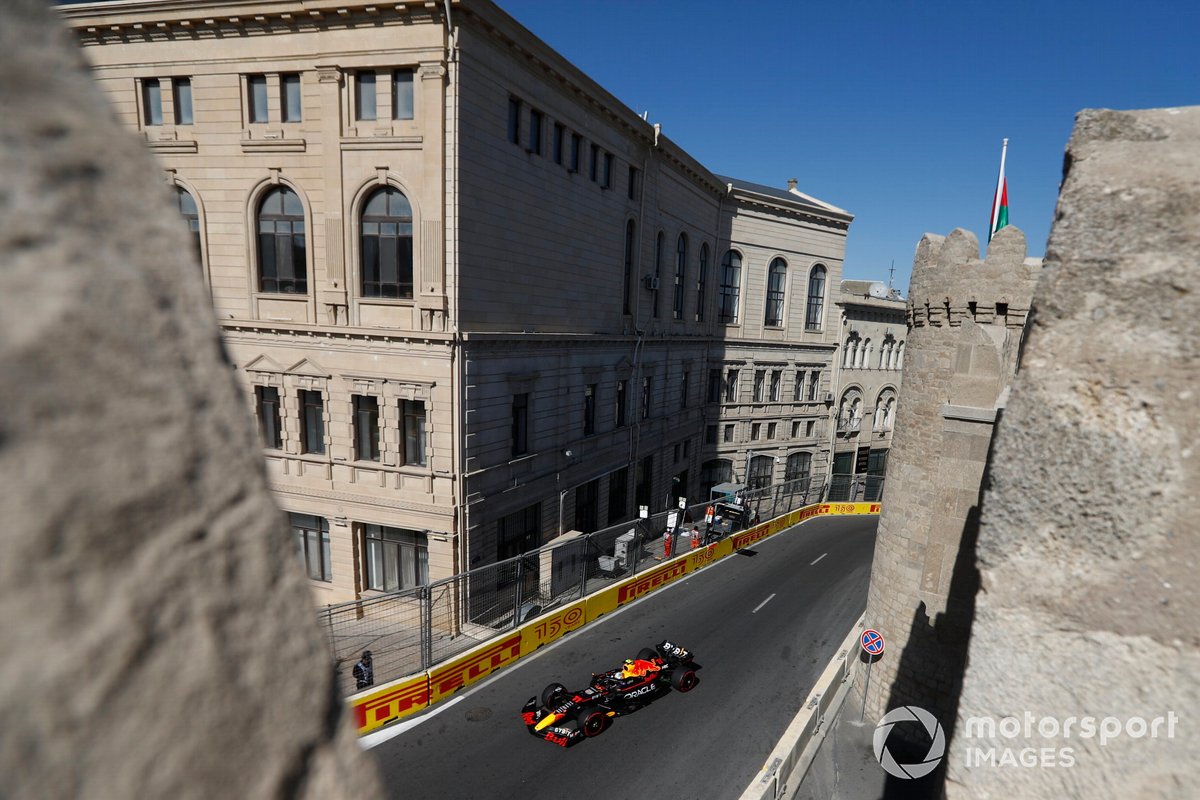 As the times kept coming down, Yuki Tsunoda and then Lewis Hamilton - massively boosted by a tow from Perez down the main straight - enjoyed brief spells in first place.

That gave him 1.2s in hand over a porpoising Hamilton before Perez split the difference in second and Zhou Guanyu ran third.

But then the session swung in Leclerc’s favour as tweaks to the Ferrari set-up began to pay off handsomely through the opening half of the lap - the Monegasque bringing the times down massively with his 1m43.806s.

That turn of speed rather surprised Hamilton, who replied “what the?!” over team radio when he clocked 10th and was informed of his 2.4s gap to Leclerc.

As the track offered up substantial gains, and equipped with a notably slim Alpine rear wing, two-time champion Alonso slotted into second - albeit with a second to find to Leclerc. 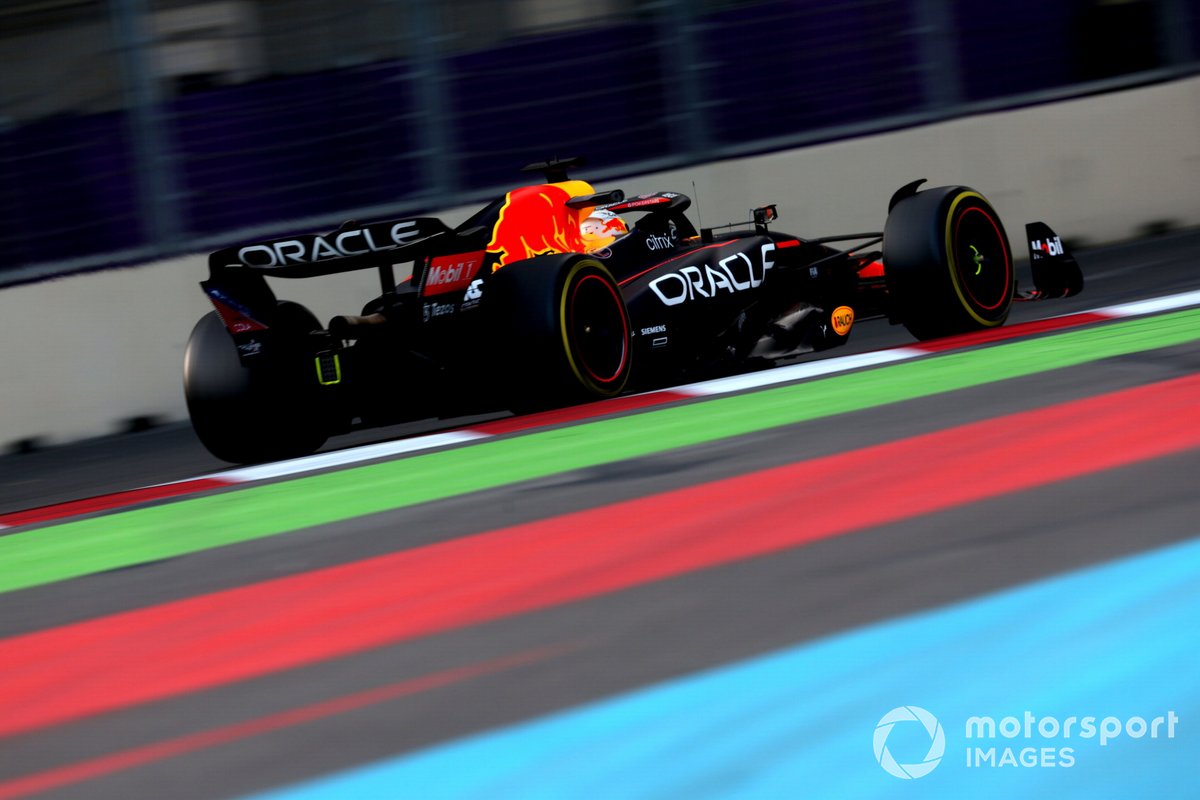 A quarter of an hour had passed before defending champion Verstappen joined the action, with Red Bull having attended to his rear wing following the FP1 DRS issues with the flap appearing to wobble at higher speeds.

Out of sync with his competitors after his protracted time in the garage, Verstappen’s next attempt brought the deficit down to only three hundredths thanks to his 1m43.836s sprint.

But Leclerc remerged on soft tyres with 33 mins to go to deliver his qualifying simulation laps.

He turned in a 1m43.224s, which at the time had moved him 0.612s clear despite losing two tenths through the high-speed final sector.

The Red Bulls gave chase to fall under the 1m44s bracket but ultimately Perez was 0.248s slower and Verstappen another tenth adrift of the top before switching to race stint programmes.

Both Red Bull pilots and Sainz then struggled in the closing minutes of the session, notably aborting corners and hitting the escape roads. 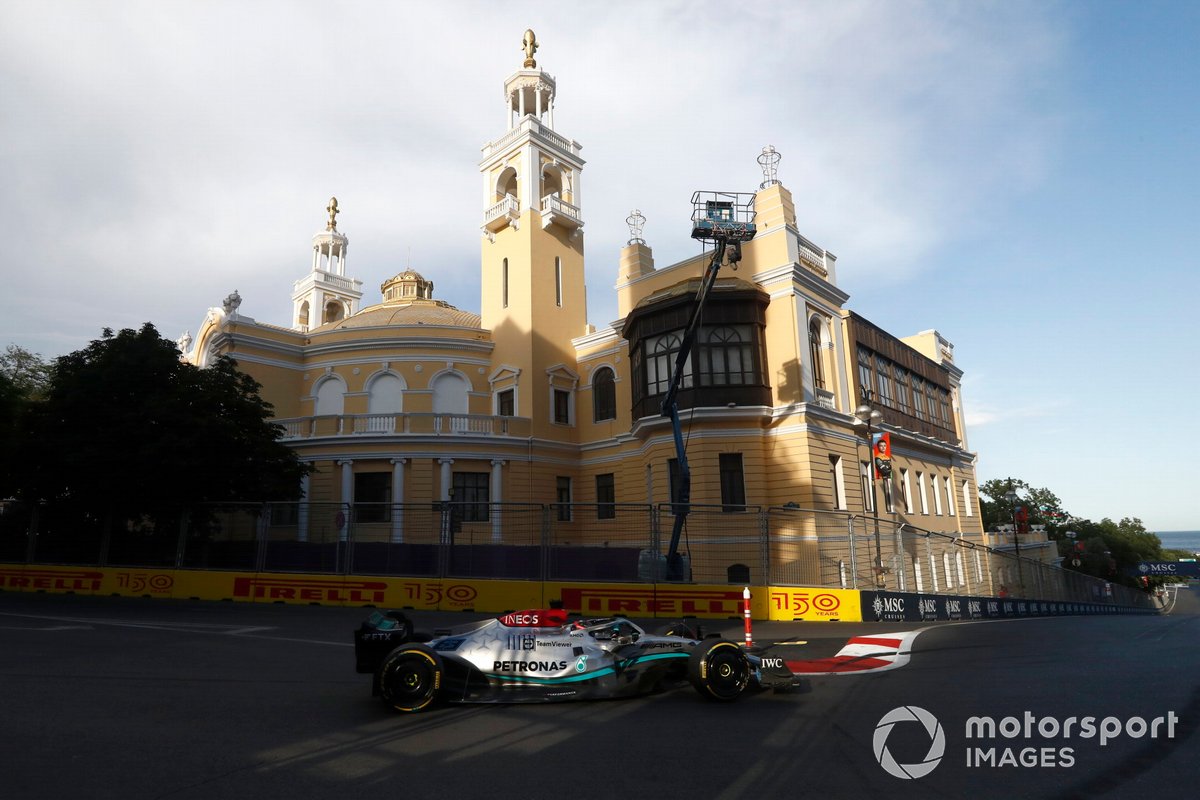 Alonso held onto fourth spot ahead of Sainz, who backed out of his potentially rapid soft-tyre qualifying push in the final sector to mask his true speed.

Pierre Gasly, meanwhile, ran to sixth for AlphaTauri ahead of George Russell in the Mercedes W13 and Tsunoda.

Ocon edged ahead of Lando Norris to complete the top 10, the McLaren driver having started the session with a five-point turn to recover from a Turn 3 excursion following a lock-up.

Vettel and Hamilton ran in 11th and 12th ahead of Lance Stroll and Daniel Ricciardo.

The Alfa Romeos again appeared unexpectedly off the pace as Valtteri Bottas ran to 15th ahead of team-mate Zhou, while Kevin Magnussen ranked 17th.

Alexander Albon’s session was notable for unusually glancing the inside wall through the flat out Turn 17 right-hand curve after correcting his steering input on entry.

Mick Schumacher (radiator leak) and Nicholas Latifi (power loss), who both missed the majority of FP1, ran at the bottom of the timing screens in 19th and 20th.