Lewis Hamilton and Valtteri Bottas hit back against Red Bull and Max Verstappen, with the pair leading FP2 for Formula 1’s 2021 Austrian Grand Prix ahead of the championship leader.

After Verstappen followed his dominant Styrian GP victory with first place in first practice for this weekend’s repeat event at the Red Bull Ring, he finished third and 0.217s behind Hamilton in Friday’s second one-hour practice session, which was hit by light rain in the closing stages.

At the start, the pack headed out on a mix of the test tyre Pirelli has brought to be evaluated in the weekend’s opening practice sessions and the regular medium tyre – which for this event is the C4 rubber.

Ferrari’s Carlos Sainz Jr set the initial first place benchmark at 1m06.495s, before he was beaten by Alfa Romeo’s Kimi Raikkonen setting a 1m06.304s and then Verstappen’s 1m05.773s – the trio all initially running the unmarked prototype tyres, which feature a stronger sidewall construction and are set to be used at the British GP should the data and feedback gathered today be acceptable.

Verstappen brought the fastest time down to a 1m05.709s as his opening run on the test tyres concluded at the end of the opening 10 minutes.

A few minutes later, Bottas emerged on a new set of mediums and blitzed his way to the top of the times on a 1m05.602s, which stood as the fastest time until Verstappen used his own new mediums to strike back to first with a 1m05.239s.

A pack of cars – including Sebastian Vettel, Lance Stroll, Yuki Tsunoda and Pierre Gasly – slotted in behind Verstappen with the opening soft tyre runs of the session, before Mercedes sent its two cars out on the red-walled rubber. 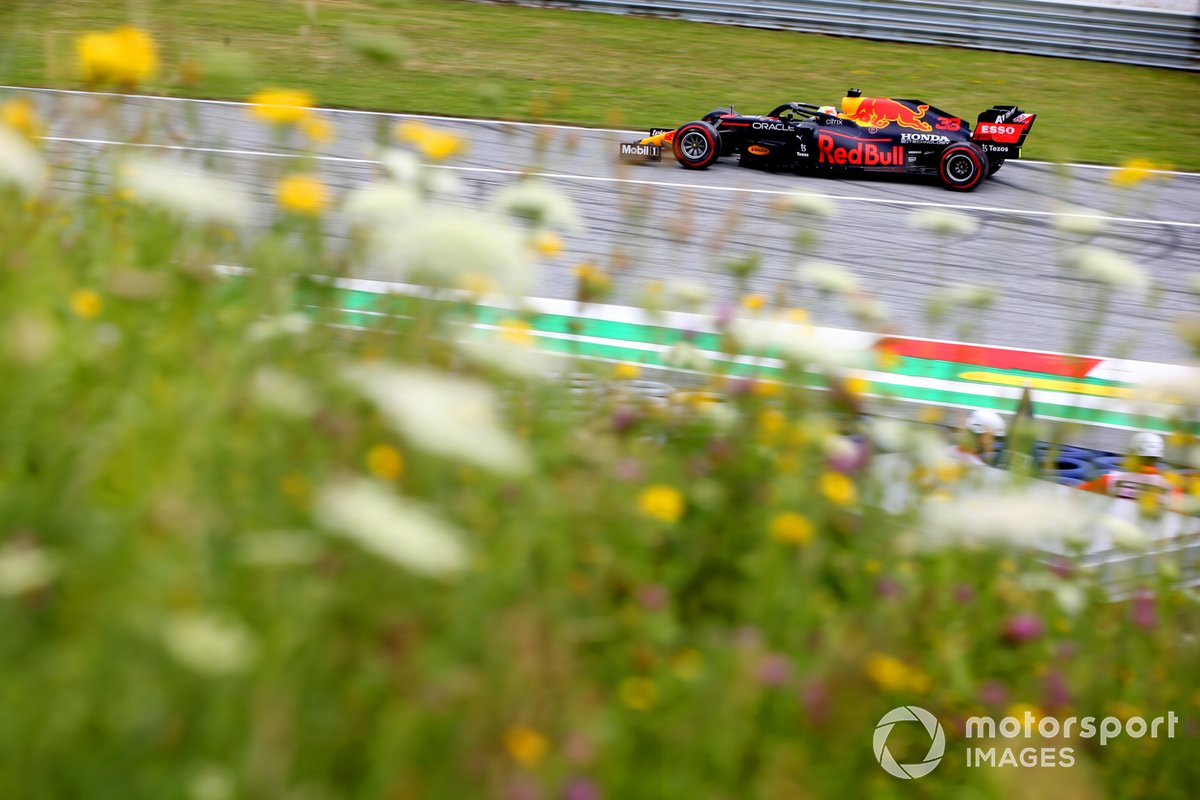 Bottas again led the way for Mercedes, as he swept back to first place with a 1m04.712s approaching the halfway point.

Hamilton’s qualifying simulation effort a few minutes later left him with the session’s best times in the second and third sector – with Bottas holding on in the opening segment – and he ended up quickest on a 1m04.523s.

Verstappen was running in the world champion’s wake, but ended up short on a lap that featured the Dutchman clattering the kerbs hard exiting Turn 9 – sparks showering out from behind his RB16B as the front wing and plank struck the kerbs.

After that sequence, the pack switched to long-run data gathering in slippery conditions as the rain drizzled down – with Red Bull ordering Verstappen to keep running in order to gain experience of the slightly wet running in case there is a repeat scenario on Sunday.

Hamilton had an off-track moment in the long runs, skating off into the gravel beyond Turn 4 – where Bottas had just reported the rain was having a particular impact on grip – after locking his right-front and finding the escape road near the barriers to make his way back on to the circuit.

The spits of rain seemed to catch out the Ferrari drivers, who were last in the order with just over 20 minutes to go as they waited to set their flying times on the soft.

When they did, both improved, but Sainz only took 13th, while Charles Leclerc was 16th – after the duo had been second and third in FP1, with Leclerc ahead.

Leclerc also had a wild moment in the early stages of FP2 as he caught a massive oversteer snap going through Turn 9, after he had turned in wide from the outside kerbs on approach and gone suddenly sideways – something he described as a “scary one” over his team radio. 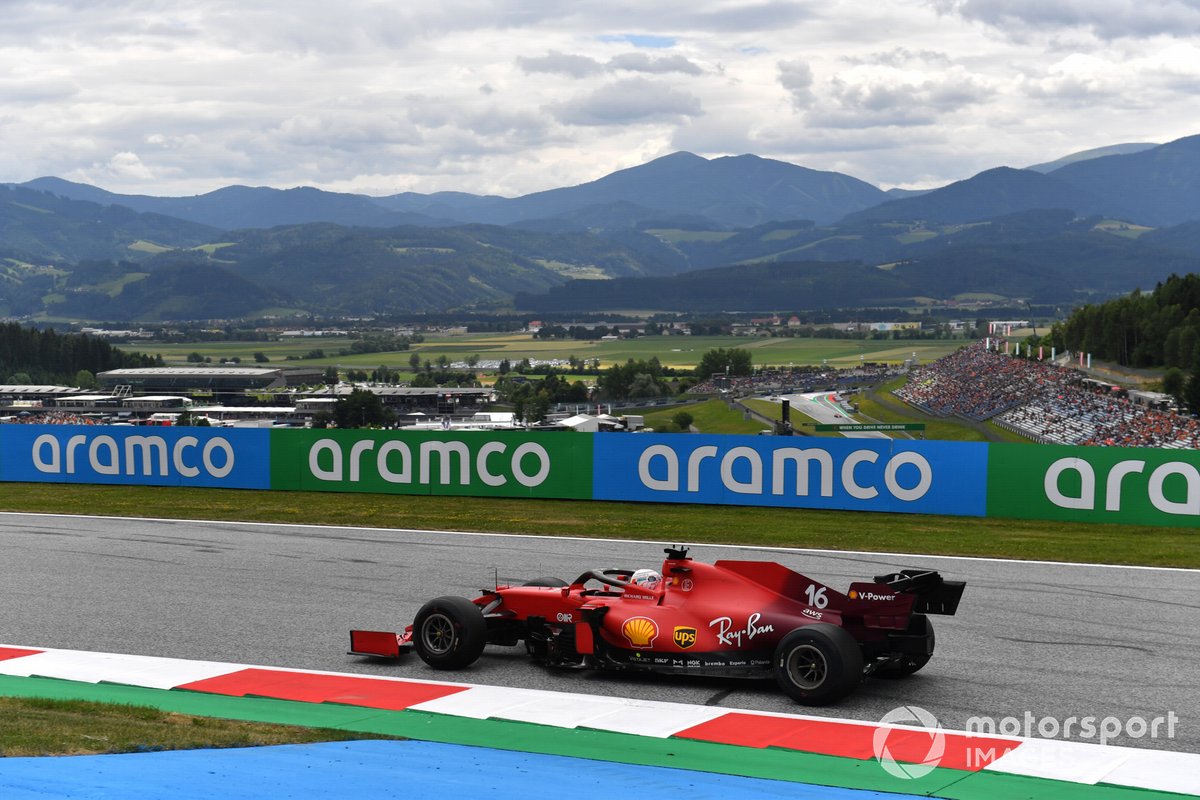 Behind the top three in the final order after the soft tyre runs came Aston pair Stroll and Vettel, then the AlphaTauri duo Tsunoda and Gasly.

Fernando Alonso was frustrated by encountering traffic at the final turns on several occasions in FP2, which he ended in eighth place for Alpine.

Lando Norris and Antonio Giovinazzi – back in for FP2 after giving up his car to Callum Ilott in FP1 – rounded out the top 10.

Norris was another driver to have an off-track incident late in the session, with the McLaren driver spinning exiting the first corner after losing the rear of his car as he accelerated off the big kerbs on the outside.

He spun sideways and to the inside of the track, where he was able to recover, with heavily flatspotted soft tyres.