The Spaniard eked out a slender 0.05s margin over his team-mate as the Scuderia pair also dominated the lap count - combining to accrue more than 80 laps of data ahead of the Saturday race.

Sprint race polesitter Verstappen, meanwhile, was closer to two tenths adrift of the headline times but did appear to show the most impressive long-run pace, as the Alpines moved ahead of his team-mate Sergio Perez.

It was with 25 minutes of the hour remaining that the Ferraris surged towards the top of the timing screens as they bolted on a set of the fastest-available C5 soft tyres.

Leclerc buzzed the timing line in 1m08.660s to sit provisionally fastest and would not improve from there, as he dropped 0.9s over his next few laps to assess the durability of the red-walled tyre.

With 18 minutes to run, then Sainz laid down the benchmark for the session, completing the 2.68-mile lap in 1m08.610s to find five hundredths over Leclerc and top the times.

He was just two laps shy of Leclerc, 40 versus 42, but will start the sprint race from third place, one spot behind his team-mate, the Monegasque eclipsed in qualifying by Verstappen late on.

The defending champion ended the session third, dropping 0.168s adrift of the quickest Ferrari as Verstappen ended the practice running at Red Bull’s home track on a 1m08.778s. 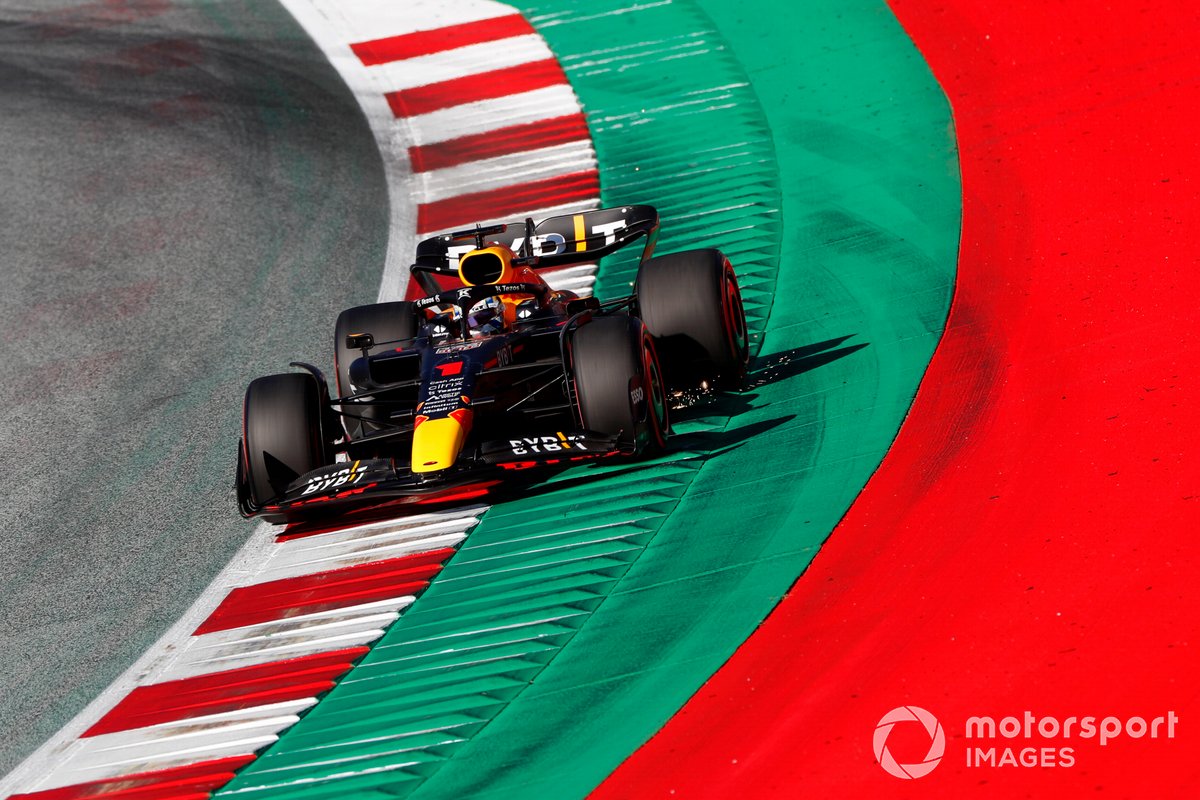 Verstappen had set the pace during the early part of the session, when there was a focus on race pace, although teams did split between targeting the sprint contest or full grand prix.

The Alfa Romeo, Haas and Aston Martin cars ventured out first in the hour-long morning run and were joined by the McLaren of Lando Norris, who gained an early tow from Leclerc across the line to post a 1m10.670s effort on medium tyres to initially head the pack.

Verstappen did not join the action until five minutes in, with Red Bull seemingly placing an emphasis on the sprint race simulation by running on softs while Ferrari kept medium tyres.

With the advantage of C5 compound, Verstappen’s first representative effort stopped the clock at 1m09.170s to surpass Sainz by 0.3s and Leclerc, then running in third place.

Verstappen then lowered that to a 1m09.067s to claw four tenths ahead and after being told to hold fifth gear between Turns 6 and 7, dipped into the 1m08s with a 1m08.966s effort.

That placed Verstappen 0.2s ahead of Sainz’s best early run as part of the race runs, with Leclerc 0.6s off the ultimate pace even if his stint average was quicker than his team-mate.

Russell entered the session after 11 minutes following repairs to the floor and gearbox after his Q3 shunt at the final corner, the Mercedes emerging on soft tyres to run third quickest as part of the race runs.

He sat on a 1m09.240s, 0.3s adrift of Verstappen, while splitting the Ferrari pair, who then allowed a couple of errors to slip in - Leclerc running off at Turn 3, Sainz locking up at Turn 1.

As Perez continued to miss out on the fight at the front of the leaderboard, it allowed the Alpines to come to the fore in the overall times as Fernando Alonso and Esteban Ocon traded places. 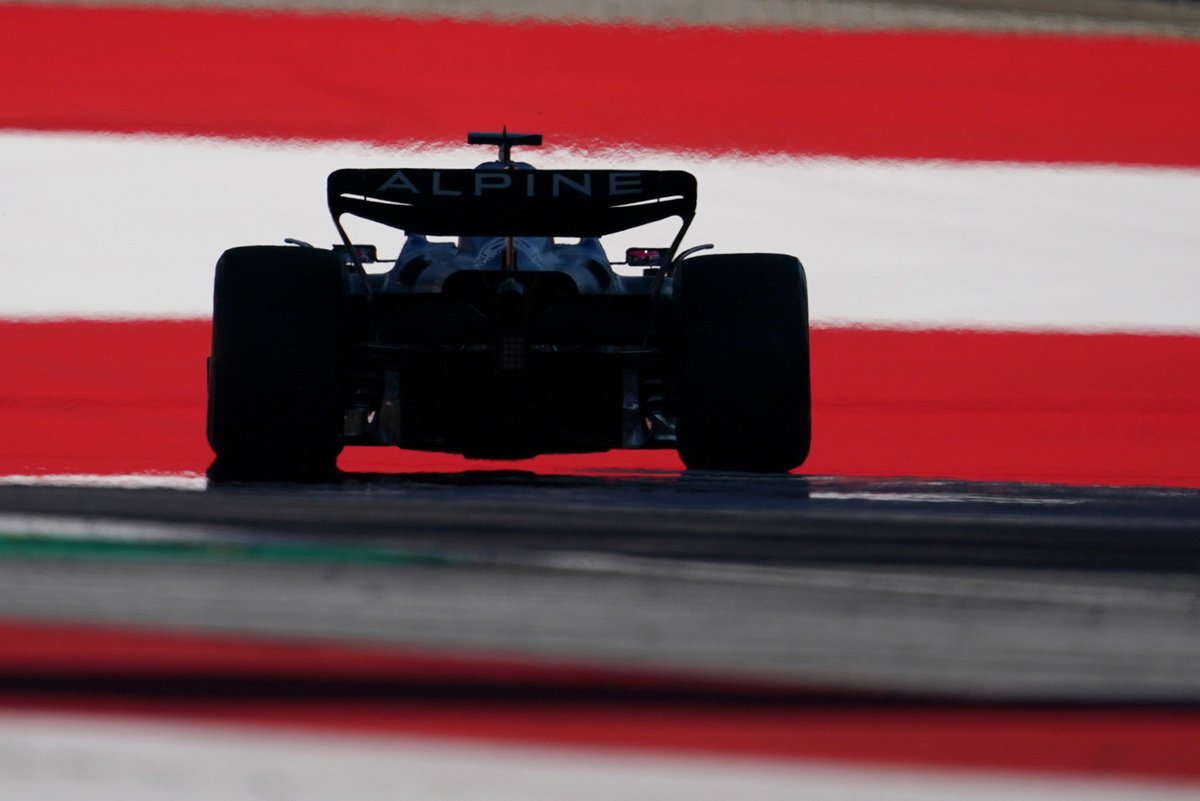 The Mexican will start the sprint race from 13th, having had his Q3 times deleted for a late track limits violation in Q2 that prevented Pierre Gasly from taking part in the top-10 shootout for sprint race pole.

George Russell, the only driver to adopt the slowest hard tyre, was classified seventh.

Mercedes team-mate Lewis Hamilton was ninth behind former stablemate Valtteri Bottas, the seven-time champion not emerging until just 14 minutes were left as a legacy of his hefty Q3 shunt.

Hamilton only set one fast lap on the softs, posting a 1m09.350s to end up ninth ahead of Lando Norris, the McLaren making up lost time following its brake issues in Q2.

Lance Stroll pipped Gasly, while Sebastian Vettel ran 13th fastest - his session including a run over the serrated kerb on the edge of the final corner to shed a chunk of carbonfibre.