Formula 1 has agreed on a three-year extension with the Walt Disney Company, as races will continue to be broadcast on ESPN in the United States until 2025.

The sport returned to ESPN in 2018 in what at the time was regarded as a very good deal for the network.

No commercial details of the new contract have been released by F1.

However, it is understood that the huge explosion in US interest in the sport promoted by Drive to Survive, together with the addition of the Miami and Las Vegas races, has ensured that the new deal is more lucrative.

The USA has thus become a major source of broadcast income for F1 and Liberty Media alongside the traditional key countries such as the UK, Germany, Italy, Brazil and Japan.

F1 noted in a statement: "At least 16 races will air on ABC and ESPN each season, more than in each of the previous five years since F1 returned to ESPN Networks in 2018, and all race broadcasts on ABC, ESPN and ESPN2 will continue the commercial-free presentation used over the past five seasons.

"The new agreement also includes expanded direct-to-consumer rights, giving ESPN flexibility to roll out additional ways for fans in the United States to consume F1 content over the next three years, including on ESPN+, with details to be announced later.

"All race weekends will continue to include live broadcasts of all practice sessions, qualifying (including the F1 Sprint) and races, as well as pre-race and post-race coverage. The new agreement includes an increased focus on qualifying, with more sessions airing on ESPN or ESPN2." 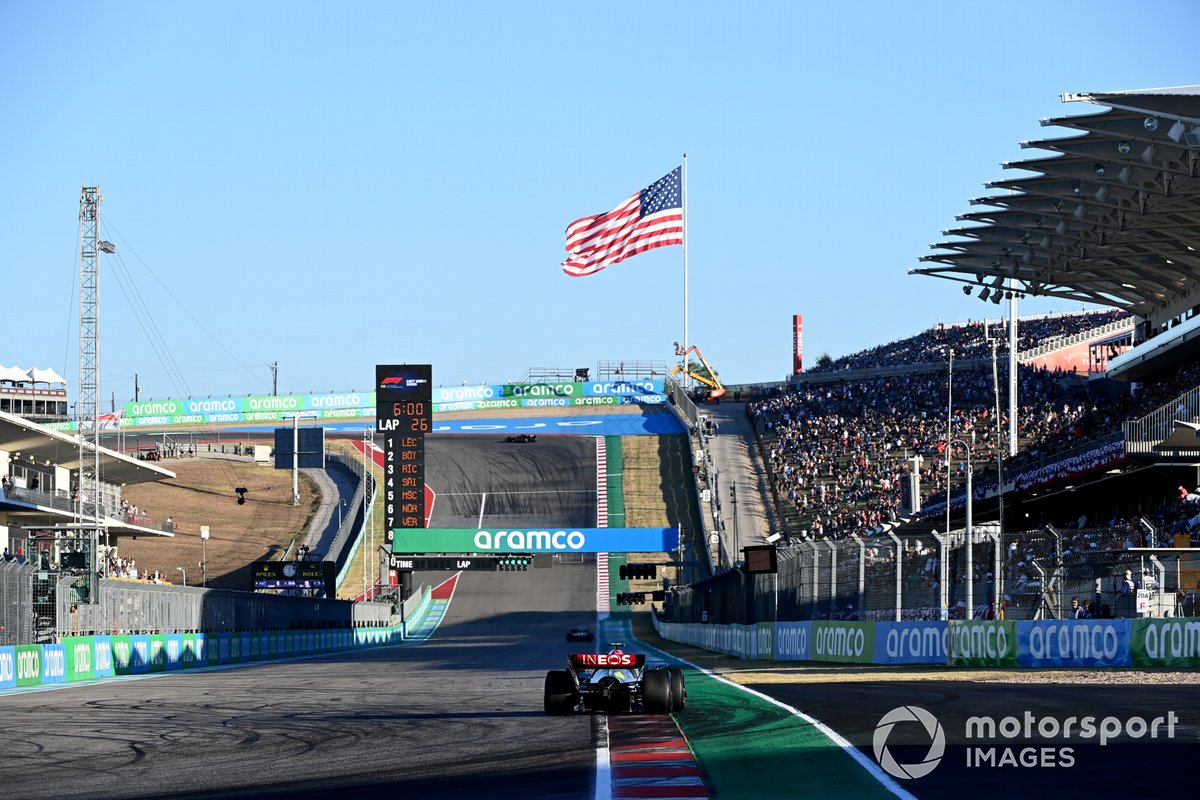 "F1 has seen incredible growth in the United States with sold out events and record television audiences," said the Italian. "And the addition of Las Vegas to the calendar next season, alongside Austin and Miami, will see us host three spectacular races there.

"The ESPN networks have played a huge part in that growth with their dedicated quality coverage.

"We are excited to expand our relationship and continue to bring the passion and excitement of Formula 1 to our viewers in the US together."

Ian Holmes, who as F1's director of media rights and content creation is responsible for doing deals, also praised ESPN.

"After F1 returned to the ESPN networks five years ago, the popularity of the sport has grown impressively," he said. "The extension and expansion of our partnership is a reflection of exciting times ahead and a result of our shared desire to bring F1 to as broad and diverse an audience as possible in the US.

"The popular commercial-free broadcasts ensure that viewers continue to engage with F1 before, during and after the race.

"From next year we will have six races in the Americas, which means more favourable time zones to fans in the region, making the F1 offering more compelling than ever."

How McLaren is taking high-tech connectivity to another level