The afternoon session started with the usual install laps which, uncharacteristically, included both championship protagonists right from the start.

Verstappen immediately embarked on a medium tyre run and demoted Esteban Ocon's opener with a 1m24.997s lap. Later on in the run he lowered his early benchmark by a tenth with a 1m24.828s effort.

After 10 minutes Hamilton came out on soft Pirelli tyres, which yielded a 1m24.241s lap to go top, while Bottas entered the top three one second behind.

Hamilton then increased the gap to Verstappen to seven-tenths of a second with a 1m24.055s lap, while the second Red Bull of Sergio Perez slotted in just 0.004s behind his teammate.

As many drivers sampled the harder compounds, Alfa Romeo's Antonio Giovinazzi spent the early stages in the top five behind the Mercedes and Red Bull cars thanks to a soft tyre run.

Before the halfway mark Bottas claimed top spot only for Hamilton to strike back with a 1m23.274s lap, while Perez leapfrogged his team-mate to take over third.

Ferrari's Carlos Sainz and McLaren man Lando Norris were fifth and sixth at that stage, the first of the hard tyre runners.

Meanwhile Verstappen was stuck in the garage for a rear wing swap as Reb Bull trialled two different specs.

With his new wing the Dutchman tried on the soft tyres, but he still wasn't happy with how his car was behaving, saying "it still doesn't turn in Turn 6, it's unbelievable" on the team radio after aborting a first push lap. 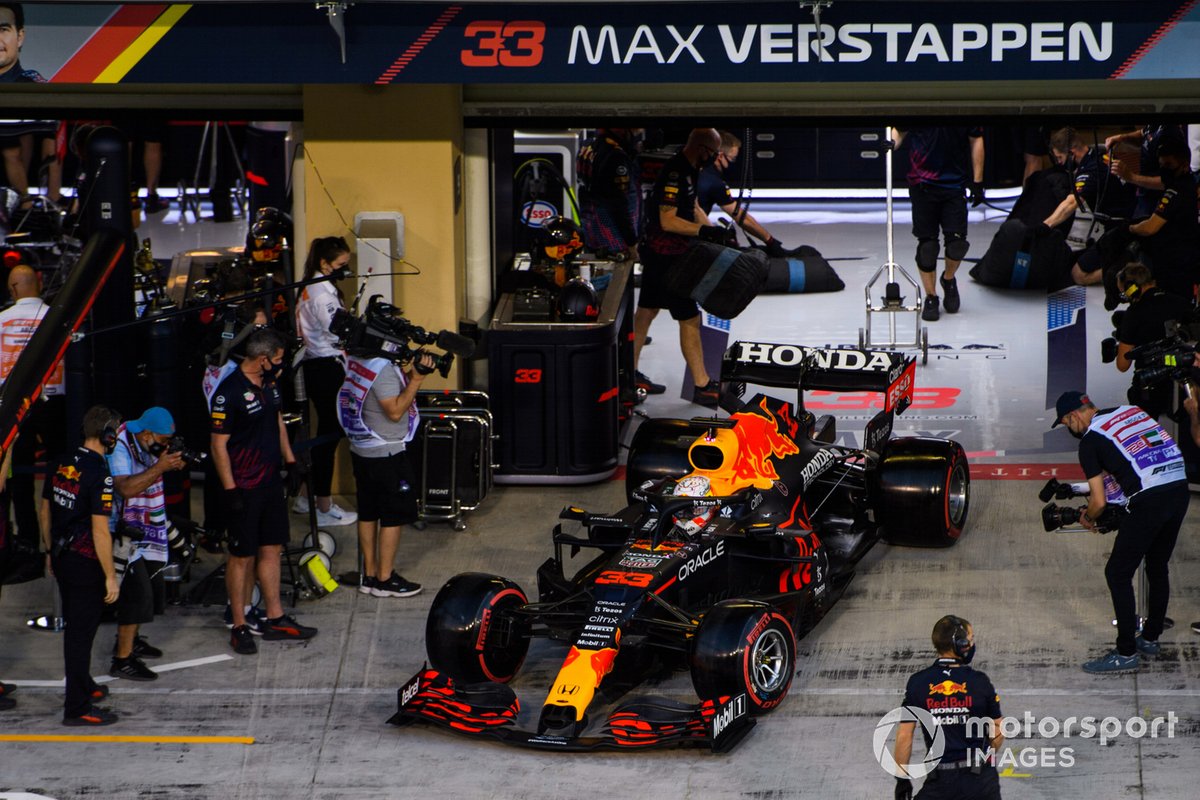 AlphaTauri's Yuki Tsunoda briefly vaulted to third on softs, half a tenth ahead of Perez, until the frontrunners embarked on more qualifying simulations.

On his second attempt Verstappen did manage to make inroads on Hamilton's benchmark, his 1m23.488s just two tenths shy of his rival, while Hamilton also had to abort a lap after flat spotting a tyre.

As both title contenders seemingly struggled for grip, the earlier times held until the end, Hamilton heading into Saturday's final qualifying session of 2021 with a slight advantage over Verstappen.

Bottas and Perez were third and fourth, with Norris best of the rest in fifth. Tsunoda held on for sixth, just ahead of team-mate Pierre Gasly.

Sainz, McLaren's Daniel Ricciardo and the second Ferrari of Charles Leclerc locked out the top 10.

George Russell and Nicholas Latifi were 17th and 18th for Williams, while Haas drivers Mick Schumacher and Nikita Mazepin propped up the timesheets.