The races will mark the first for F1's new era of regulations, which along with new aerodynamics for the cars also feature bigger tyres.

For the season-opening Australian Grand Prix in Melbourne, Pirelli has gone one step softer with its choices than it did in 2016, meaning the ultra-soft tyre will be used at Albert Park for the first time, alongside the super-soft and soft compounds.

For the second round of the campaign at Shanghai, the selection of compounds will be the same as it was in 2016: super-soft, soft, medium.

Following Pirelli's test programme for the new tyres, carried out using modified 2015 cars from Mercedes, Red Bull and Ferrari to simulate 2017 performance levels, the Italian company has decided to homologate back-up versions of each of the five dry-weather compounds for 2017. 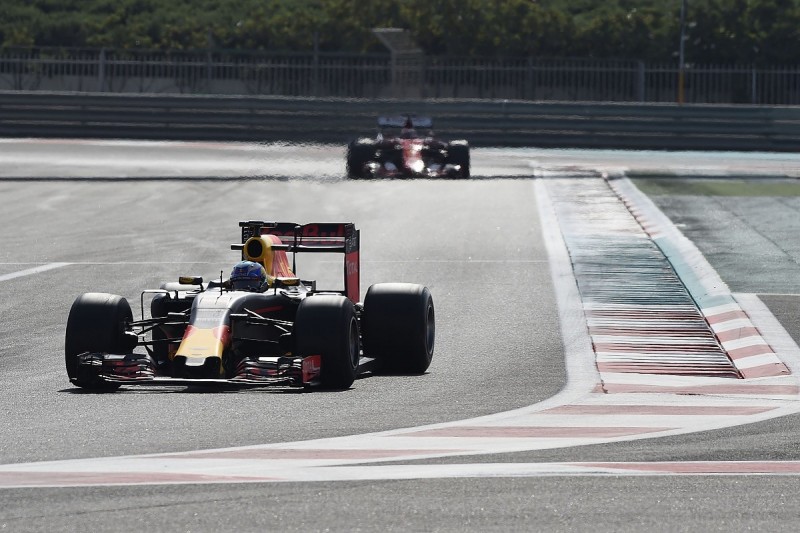 Pirelli said the 2017 tyres "make use of entirely new materials and a completely fresh design philosophy", so as a precaution the back-up compounds "are formulated using more traditional criteria".

However, the back-up tyres will not be available early in the season.

"For the first part of the championship, only the new-generation base compounds have been selected," added Pirelli.

"The back-up compounds coule be introduced later during the course of next season to respond to any particular requirements once the real performance levels of the 2017 cars have been identified."