A vacancy became available when Nico Hulkenberg was released from his contract, allowing him to complete a switch to Renault on a multi-year deal.

It is believed Ocon, who was also a target for Renault, was on Force India's shortlist for next year along with Pascal Wehrlein, Jolyon Palmer and Felipe Nasr.

Following more talks over the weekend, Mercedes junior and Manor driver Ocon has emerged as the leading candidate to take the seat.

The finer details of the deal are currently being discussed. 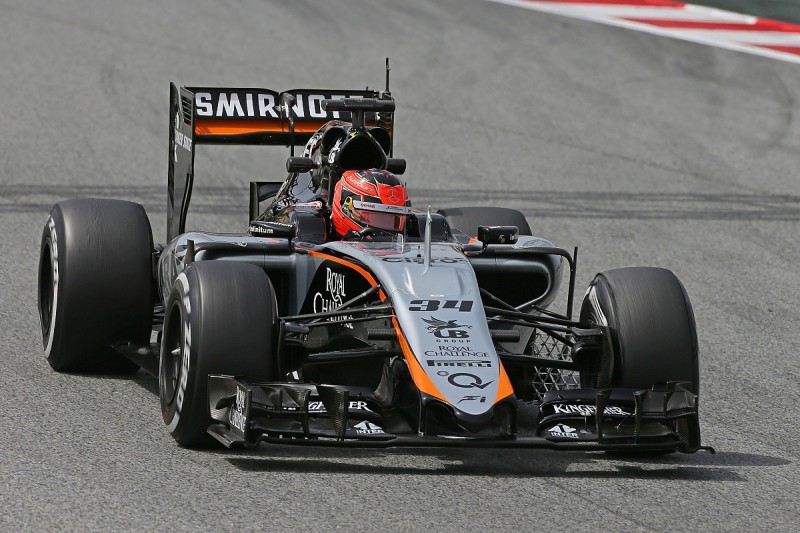 The Frenchman impressed the team with his performance when he tested the car during last season (pictured).

The deal makes sense for Mercedes as it provides Ocon with a more representative car in which the manufacturer can assess his talent.

Mercedes will be considering its future options, with Nico Rosberg and Lewis Hamilton's contracts expiring at the end of the 2018 season.

Should the Ocon-Force India deal be completed, that will leave just one vacant seat at Renault and Haas and two at Manor and Sauber for 2017.