Haas will look to complete extra Formula 1 test running on Friday and Saturday in Bahrain after teams rejected a proposal for it to test alone on Sunday.

A technical issue with a plane in Turkey meant Haas’s freight only arrived at the Bahrain International Circuit on Tuesday night, putting the team behind schedule.

As a result, the Haas VF-22 could only get out on-track at the start of the second session on Thursday in Bahrain, costing the team half a day of running.

In a bid to make up the mileage, Haas sought approval from teams to conduct running on Sunday at the Bahrain International Circuit after the three-day test had come to a close on Saturday.

Haas team principal Gunther Steiner said this had been denied by McLaren, but is it understood that multiple teams were against the move.

But they agreed that Haas would be permitted to make up the four hours of running that was lost by completing extra laps after the end of formal running on each day.

“We need to make up now every day,” Steiner said in Bahrain on Thursday. “We can make up four hours of testing, but we need to make it up at the end of the day. We’re not allowed to run on Sunday.”

Steiner added: “Because of the regulations, it needs to be three days in a row. And it needs to be just unanimously voted that we can do it, otherwise we can’t do it. And then somebody decided that we shouldn’t be doing it.

“That is what I heard, it was McLaren.” 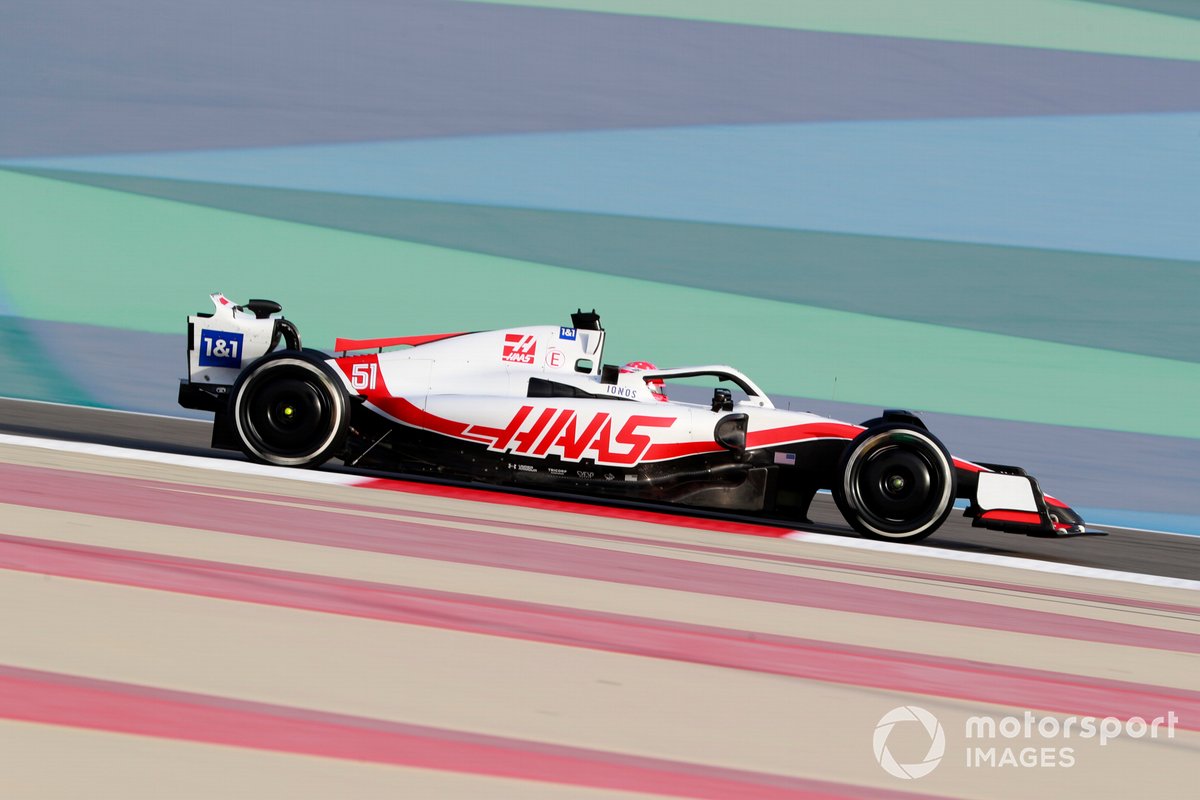 The regulations state that the pre-season tests must only last three consecutive days, and must also be open to all competitors, which would not be achieved by Haas running alone on Sunday.

Haas will not be doing any extra running on Thursday night, meaning it would only have Friday and Saturday evening to make up the time.

Steiner added later in the day that he planned to go and talk to the teams further, saying it was not fair Haas “shouldn't be penalised for something we ended up in which we had no involvement in” by testing at night.

“We just ended up in a situation, a bad situation, and we actually worked hard to make the best out of it, and now we would get penalised again, to have to run at night,” Steiner said.

“Some of the guys worked 30 hours in a row to get where we are, and now if I go and ask them again to work harder overnight, because we need to work longer at night, I don't think that is fair.

The additional running comes as a boost for Haas after it completed fewer laps than any other team during the opening pre-season test in Barcelona at the end of last month.

It will provide an opportunity for Mick Schumacher and the returning Kevin Magnussen to get in some additional mileage before the start of the new season in Bahrain next weekend.

Haas reserve driver Pietro Fittipaldi completed half a day on Thursday in Bahrain, but will hand the reins over to Schumacher and Magnussen for the remainder of the test. Each driver will complete half a day on both Friday and Saturday.