Wehrlein, who spent two years racing in F1 in 2016 and '17 with Manor and Sauber, split with long-time backer Mercedes at the end of last year following a season back in the DTM.

He will make his Formula E race debut this weekend with the Mahindra team and combine his racing commitments in the electric single-seater series with work on Ferrari's simulator.

Wehrlein's position has not been confirmed by Ferrari but the team needs new development drivers for this season.

It relied heavily on Antonio Giovinazzi and Daniil Kvyat in 2018, and both of those drivers have landed full-time F1 race seats for this season with Sauber and Toro Rosso respectively.

Wehrlein was under contract at Mercedes until December 31 last year, which is why he did not take part in the FE season opener in Ad Diriyah with Mahindra, but is understood to have visited Maranello in a working capacity for the first time on Monday this week.

A second development driver is understood to be under consideration.

Ferrari made good use of its development team in 2018, bouncing back from difficult Fridays to perform better in qualifying and the race on several occasions.

The most notable example was the Canadian Grand Prix, where Sebastian Vettel was uncompetitive in Friday practice but went on to qualify on pole and win the race on Sunday. 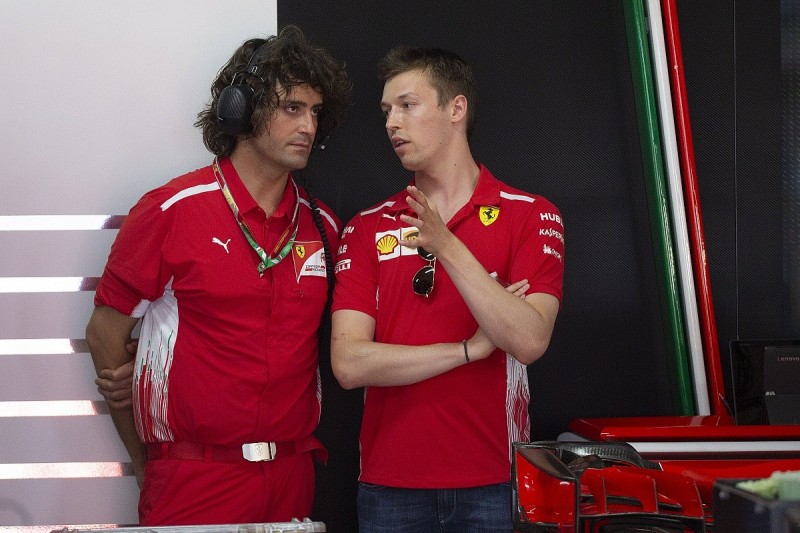 Asked by Autosport at the 2018 season-ending Abu Dhabi GP how important the right replacements for Giovinazzi and Kvyat (pictured above) would be, Vettel said: "You get the point, it is very important.

"Based on our findings [after practice], we changed the car [for qualifying], both of us did, and it was better and we were happier.

"It's not the first time that this has happened so we're extremely thankful for the guys, taking the time.

"It's not the nicest job on Friday night, especially when you're young, but it's important, it all adds up.

"I think we will find people that fit in very well and very quickly, so I'm confident we will have a strong team on that front as well [in 2019]."

Sauber 'pushed like hell' on its 2019 Formula 1 car early

How Binotto will change Ferrari for the better