Gutierrez has regularly been in the firing line over track manners this season - receiving an abusive gesture from Lewis Hamilton in the Hungarian Grand Prix, criticism from Daniel Ricciardo in Germany and a penalty for blocking Pascal Wehrlein in Belgian GP practice.

After the Singapore GP, a disparaging Wolff felt Gutierrez was again at fault when Nico Rosberg and pursuer Daniel Ricciardo came up to lap him during their late victory battle.

"We ran into a little bit of a traffic situation with Gutierrez and Felipe [Massa] who were fighting for position," said Wolff.

"Gutierrez at least makes it the same for everybody - he doesn't let anybody overtake.

"Honestly, I need to say there is a fight for the race win going on between two guys fighting for every tenth, and then you have one guy cruising around and interfering in the race, and it happens to always be the same guy.

"We were shouting to Charlie [Whiting]. Felipe went out of the way and Esteban, who is a lovely boy, continued to cruise out there and was enjoying the gap he had made to Felipe." 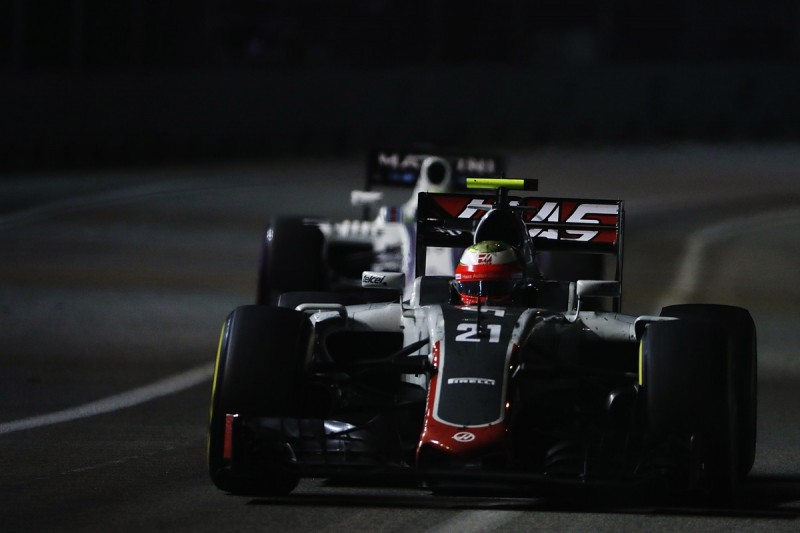 Steiner launched a strong defence of his driver, dismissing Wolff's criticism as "a Toto comment" and arguing it had become fashionable to attack Gutierrez

"He is a bit of a punching ball at the moment," said Steiner.

"I don't see a problem with what he did. It's easy to say, when you're so dominating as Mercedes is."

Suggested to Steiner it had become 'open season' on Gutierrez, he replied: "Correct.

"It all started with Lewis giving him the finger, which I don't think is the correct gesture of a Mercedes driver, and we had the other time with Ricciardo.

"We had the incident with Wehrlein, but we know where the fault was and we apologised. That was a completely different story.

"There was a clear mistake made and we got the penalty for it - over-penalised because that was not his fault. The engineer missed the car was coming. We all make mistakes.

"If he [Wolff] has a problem, he needs to see the stewards."