A strong recovery drive into the points ultimately left Ericsson - who has lost his race seat for 2019 - delighted with his Mexico City performance.

Running 10th early on, Ericsson was asked to extend his opening stint on hypersoft tyres to help protect team-mate Leclerc ahead by holding other midfield cars on harder rubber back.

With Ericsson's tyres extremely worn by then, the loss of pace and a slow stop meant he rejoined last when he finally pitted three laps after Leclerc.

"I was really fuming in the car. Really getting frustrated," said Ericsson of the order to help Leclerc.

"I know we had to work for the team's best, but for me it was a bit extreme.

"I felt I had thrown away my race, which was very frustrating."

Ericsson was able to recover to ninth, just two places behind Leclerc.

"My second stint saved it and I am really really proud of it," said Ericsson.

"With all these things, to still finish ninth and beat all these cars is quite incredible."

As both Saubers had made Q3, they were committed to starting on hypersofts that they knew would not last long, while rival cars from Force India, McLaren and Toro Rosso behind had free choice of tyres for the first stint.

That made using Ericsson to hold back pursuers essential to Sauber's strategy for its leading qualifier Leclerc, especially once the Renaults Sauber was racing for points fell into the pack behind him after their early stops to get rid of hypersofts. 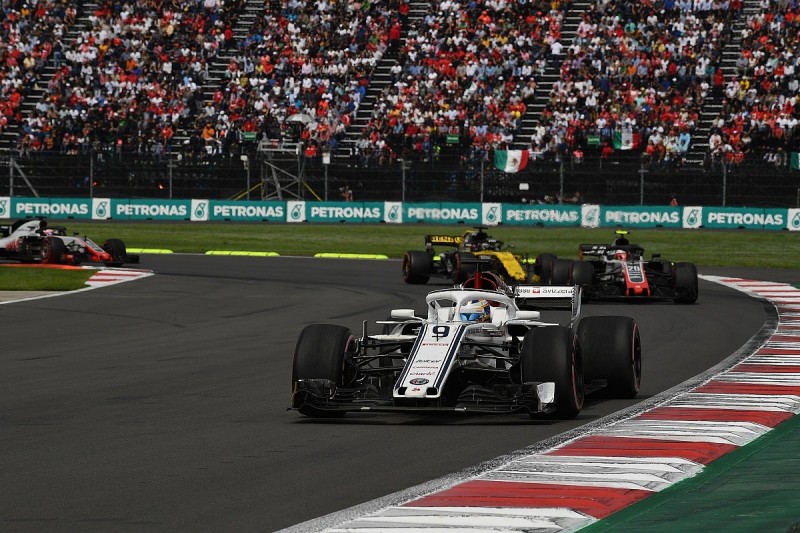 "The plan was to just help Charles' race," Ericsson emphasised. "I was sacrificing my race totally to help him.

"I wanted to box many laps earlier as I knew I was throwing away my race, but for the team and Charles I had to keep these cars behind to help him open up the gap.

"So I did that for the team, but it was frustrating because it felt like I threw away my chance of points."

Ericsson said Leclerc had quickly acknowledged his help after the race.

"I've always been a team player, I've always done everything for the team. I always put the team first and that is one of my abilities that people value a lot and I will always do that," added Ericsson.

"I think I did that in a very big way and even Charles acknowledged that.

"He even thanked me after the race, that without me he would not have been able to do that race."

Sauber's double points finish in Mexico moved it ahead of Toro Rosso into eighth in the constructors' championship.