Ericsson, who is in his third year with Sauber and is believed to have strong ties to the team's financial backers, is out of contract at the end of the season.

While remaining at the Swiss squad is a strong option, Autosport understands his management team has made enquiries with other teams on the grid regarding a seat for next season.

Ferrari is considering making Sauber its junior team so it can become an F1 proving ground for its young drivers, with Ferrari president Sergio Marchionne keen to find seats of juniors Charles Leclerc and Antonio Giovinazzi.

"I think I have a strong position in the team," Ericsson, who made his F1 debut with Caterham in 2014 before switching to Sauber the following year, told Autosport.

"I've been here for quite a few years now, so it's a good environment for me.

"But I want, as a driver, to be in a more competitive car as soon as possible.

"Hopefully this year we will continue to make progress and be stronger.

"Then for me, I have no contract for next year, so I'm not sure what's happening for me in future.

"It's difficult to show what I can do when I've been in one of the slowest cars, sort of all throughout my F1 career.

"It's difficult to show your potential, to impress the bigger teams with your abilities.

"But all I can do is keep doing the best I can and keep working hard and showing what I can do - and hopefully one day I will be in a team where I can really fight for top positions and wins." 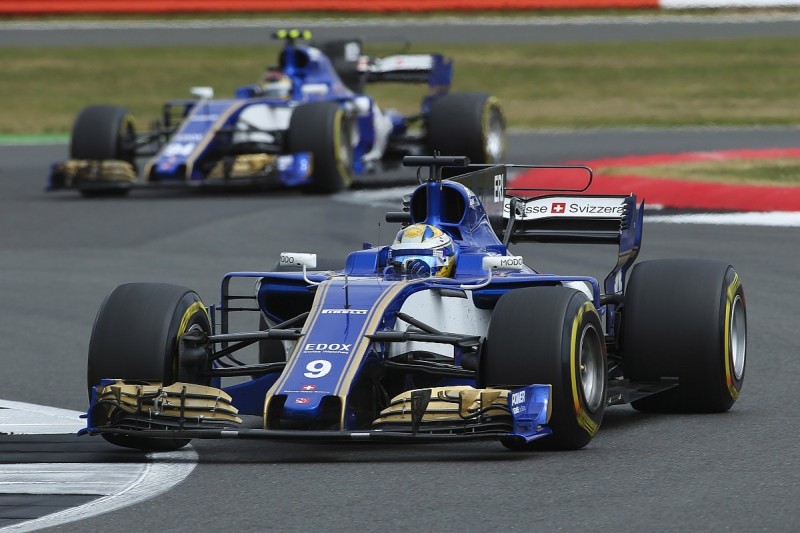 Ericsson feels he has matched highly-rated new team-mate Pascal Wehrlein in the opening 11 races of the 2017 season.

Mercedes junior Wehrlein joined Sauber from Manor and has so far had the upper hand over Ericsson in key areas, having scored all of the team's five points and leading the Swede 7-2 in their qualifying head-to-head.

But Ericsson believes the numbers are not representative of the true picture.

"I think it's been some small margins," said Ericsson.

"In Barcelona, it was a couple of thousands, and in Russia I was about to go faster than him when he had his spin, so there were yellow flags.

"I think we have been very even. And if you look at the average between me and Pascal over all the qualifying sessions, it's been really close.

"I think it's just small things that I need to improve to get a bit more out of the car.

"He has been really good in putting a good lap together when it matters in qualifying.

"That's where he has generally been a bit stronger than me, whereas in the races I think we have been very, very closely matched."

Mercedes/Ferrari will not tempt Verstappen from Red Bull – Horner