Ericsson has fallen back after a good start to the season and struggled particularly in qualifying, while rookie Leclerc has settled into a run of four consecutive Q2 appearances and three points finishes in four grands prix.

A set-up tweak in Azerbaijan, which dialled understeer into Sauber's C37 and settled down the nervous rear end Leclerc had struggled with in the initial races, sparked that turnaround.

"That's where we've been mainly looking to revert a bit," Ericsson said when asked by Autosport to explain his planned changes.

"These types of things can be very, very powerful.

He said that the gradual philosophy change that Sauber had implemented over the first seven grands prix had hurt him more than he initially thought.

"We sat down after Montreal, pressed the reset button and really tried to analyse what's been happening the last few weekends in qualifying," said Ericsson.

"We've reverted more to where we've started the season, where I felt comfortable and had good one-lap performance.

"We've gone back more to that baseline set-up and system settings.

"I really hope, and think, that with that it will go back to a car to my liking, I can regain some confidence and build from that point." 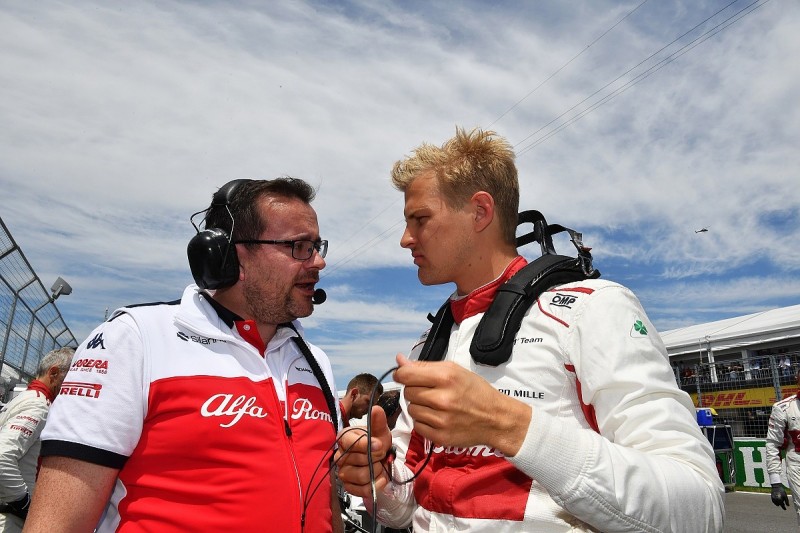 Ericsson believes extending the changes beyond basic car set-up will help him counter the nervousness of the C37 without hurting his preferred driving style of leaning on the rear of the car.

"We've done a bit of a different philosophy on the set-up, probably since around Baku, where we have a car that's more on the understeering side," he said.

"There's a lot of rotation in it and that seems to suit Charles very well, but for me we need to maybe have a bit of a different philosophy there.

"[The target is to] still have a strong rear-end on corner entries, but doing it in a different way to what we've done the last couple of races."