Prodromou, who re-joined McLaren as chief engineer in September after eight years as a chief aerodynamicist at Red Bull, has already been credited with helping the Woking team end 2014 strongly in terms of aerodynamic development.

He will have far greater influence over the MP4-30 - the first car of the new McLaren-Honda works engine partnership, and the team's racing director Boullier described Prodromou as a key asset as McLaren attempts to end a win drought that stretches back to 2012.

"He is definitely a key signing - all the aero department has been restructured bearing in mind I knew he was coming," Boullier told AUTOSPORT.

"In the back of the mind we knew that Podromou would be like the cherry on the top of the cake.

"His name is very famous in the pitlane and he has brought a lot of freshness and extra leadership in the aero and technical departments.

"Everybody was placed, we were just waiting for the master to sit down.

"Now they click together and we have a strong group led by Peter.

"He is the final part of the puzzle."

MORE TO COME
Boullier said the restructuring he has overseen since joining McLaren from Lotus is now complete, but he revealed the strengthening of the technical team would continue over the winter with more appointments. 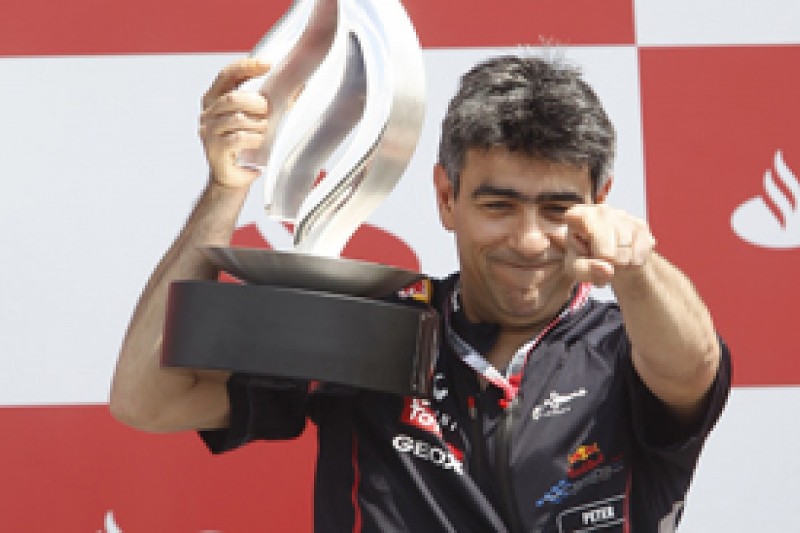 "What I want is a very strong re-grouped team, all clicking together, and then we will have strong foundations for McLaren for the next 10 years," Boullier added.

"That is why we will have some very senior people joining us, but also more 'junior' people, who have been nurtured in the shadows of some of the bigger names [in the sport].

"Next year is all about fine-tuning and making sure we follow the discipline of the new way of working.

"If you look at the trend, we are now in a spiral going up, not a spiral going down. What we have in place is delivering better than the others, so I expect huge gains next year."

CHANGE OF FOCUS
Boullier said getting McLaren to question its way of working this year was key in beginning to implement a recovery plan after two fallow seasons.

"Any company in the world gets used [to doing things a certain way], especially in racing," Boullier told AUTOSPORT.

"They need to constantly ask themselves 'what do we do?' Sometimes they need to say 'what we are doing is not good enough'.

"The biggest mistake in racing is starting to believe you are doing your best and not assessing what the others are doing.

"We need to be on top of everything all the time, because to be winning and dominating we need to be the best everywhere."