Hamilton held on to take his 99th career pole despite not improving on his final flying lap, with his Mercedes team-mate Valtteri Bottas qualifying down in eighth, one spot ahead of Lando Norris, who lost a time that would have put him third due to a track limits violation.

Both Mercedes cars and Verstappen will start the race on the advantageous medium tyres after successfully getting through Q2 on the yellow-walled rubber, which offers significantly better durability compared to the softs.

Hamilton led the way after the first runs in Q3 with a 1m14.411s, but could not recover time lost in the first sector on his second effort.

This meant he did not improve the pole benchmark, despite setting the fastest time in the final sector, but as his rivals did not improve by enough he held on to claim his first pole of the 2021 season.

Perez outqualified Verstappen in his second event for Red Bull, ending up just under 0.1s adrift of Hamilton’s fastest time. But the Mexican driver had to use the softs to get through Q2 and faces a tougher opening stint if the race starts in dry conditions tomorrow.

Verstappen was arguably the favourite for pole after topping FP3 following his disrupted Friday running and although he set a personal best on his final Q3 lap – including the fastest time in the middle sector – he wound up 0.087s adrift.

Charles Leclerc put his Ferrari fourth ahead of Pierre Gasly and McLaren’s Daniel Ricciardo, with that trio starting ahead of Norris, who looked to have secured a shock top three result.

But Norris’s 1m14.454s was deleted as he was judged to have gone too wide exiting the Piratella turn in the middle sector and so his final time ended up as his first Q3 run. 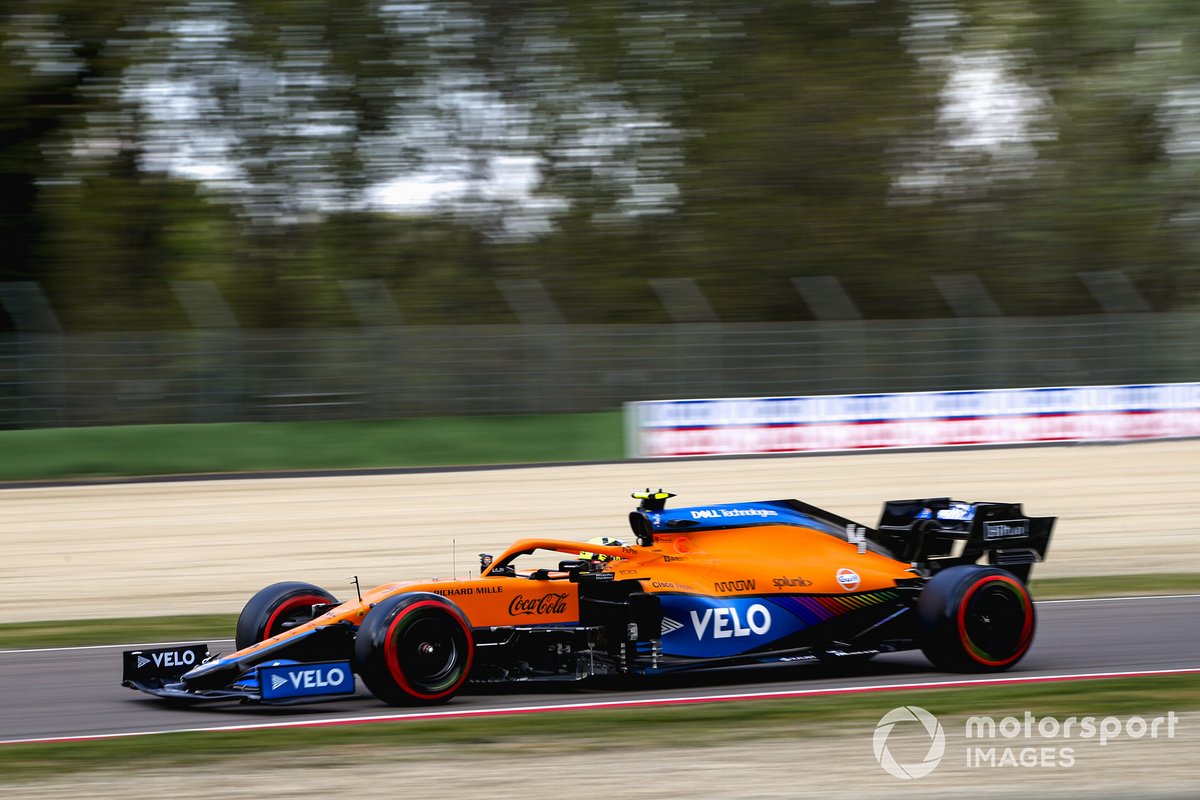 That was still enough to keep him ahead of Bottas, whose personal best final Q3 effort left him well adrift of the typical Mercedes’ placings.

Esteban Ocon and Lance Stroll rounded out the top 10.

In Q2, Carlos Sainz Jr’s first race in Italy as a Ferrari driver will start from outside the top 10 as he was eliminated at the very end of Q2, finishing in P11 despite setting a personal best on his final lap.

Sainz failing to find enough time meant Stroll squeaked into Q3 for Aston Martin, the green cars running ahead of the rest of the pack as the middle segment of the session drew to a close.

Fernando Alonso was another driver to set a personal best time right at the end of Q2, but that was not enough to elevate him from 15th in the final standings.

In Q1, Russell’s final lap improvement to ensure both Williams cars made it through Q2 for the first time since last year’s Hungarian GP knocked out Alfa Romeo’s Kimi Raikkonen – who also set a personal best on his final effort, but could not find enough time to make it through to the second part of qualifying. 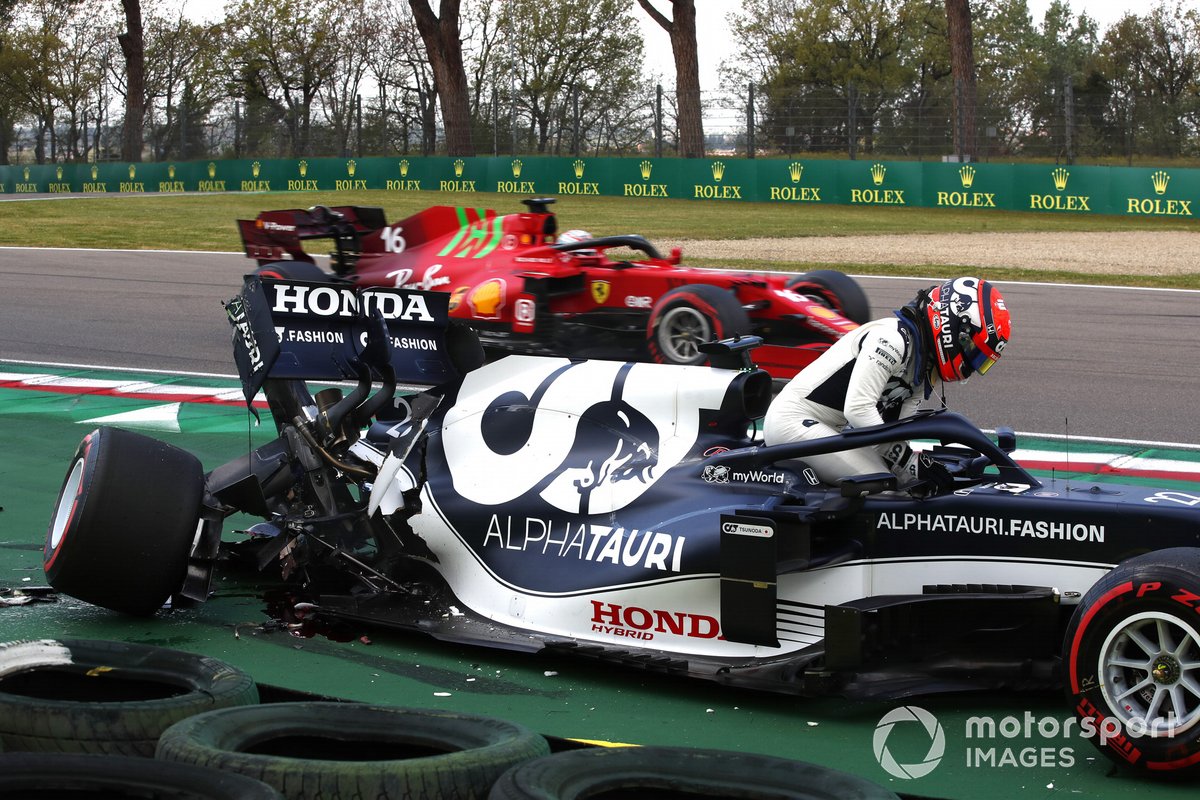 Behind Raikkonen came his team-mate Antonio Giovinazzi, with the Haas duo saved from bringing up the rear of the field by Yuki Tsuonda’s absence from proceedings by the end of the segment.

Tsunoda’s Q1 was over after just a few minutes when he crashed heavily at the Variante Alta on his first flying lap.

The Japanese driver lost the rear of his AlphaTauri between the two apexes of the chicane, with the car swinging around rapidly and going backwards into the barriers.

With the rear wing and both rear wheels smashed, and debris littering the run-off area, the session was quickly red flagged, followed by a near 10-minute delay as the incident was cleared up.