The iconic Eau Rouge corner will remain flat out for Formula 1 drivers this year in the wake of resurfacing and safety work that has made Spa-Francorchamps faster.

As part of an €80m overhaul of F1’s Belgian Grand Prix venue, major changes have been made at Eau Rouge and a selection of other corners to improve safety.

And with the famous turn being so well-known in F1, the track was determined that its character should not be altered through the works.

Jarno Zaffelli, founder of the Dromo Circuit design company that was in charge of the Spa changes, said the high-speed challenge of Eau Rouge had not been taken away despite the reprofiling of the barriers.

And he reckons that resurfacing of key parts of the track – especially through the Eau Rouge/Raidillon complex – means the track is quicker than before so F1’s slower 2022 generation of machinery may not be far off last year’s pace.

Speaking about how F1 cars will find the new Spa, Zaffelli said: “It will be a flat out corner and it will provide opportunities. The cars will feel the difference between the new asphalt and the old one.

“If we look at the GT cars during the 24 Hours of Spa, the pole was 1.7s faster than the previous year.

“We know that this year the F1 cars are generally slower than 2021, so here there won’t to be a big gap.”

The increase in speed is the result of Dromo using a much more modern asphalt material, with much of Spa having been laid decades ago.

“Last time that the track was paved was almost 20 years ago,” he said. “Since that time, the performance of the race vehicles and motorbikes has hugely increased. The technology available for the asphalt materials and the paving equipment have also changed dramatically.

“Dromo’s experience and expertise is actually the development of the mix design specific for each circuit.” 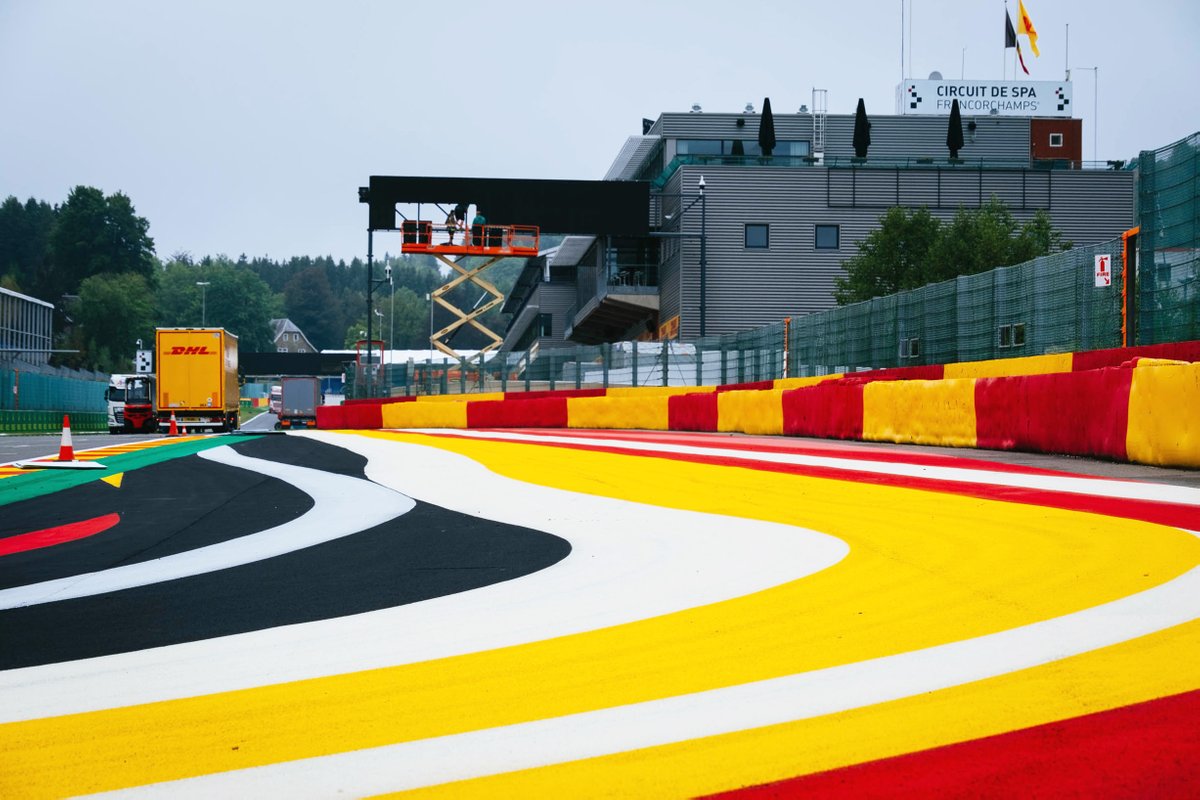 Having set out to ensure that the character of Eau Rouge was not ruined, Zaffelli said that Dromo worked through more than 20 different concepts before settling on the final version.

“In the design and the further developments, we took into consideration the new regulations and the new tyres,” he added.

“We had like 20-plus iterations of Eau Rouge. We spent several days with professional drivers in our in-house simulators to get their feedback.

“We spent then two full days with professional drivers in Vi-Grade sim centre, supervised by Thierry Boutsen and Emanuele Pirro. Between October and November 2021 the work was then fine-tuned in the simulators for F1 and GT cars with Marco Bonanomi, to get their feedback.

“This work helped us a lot to choose the final design that was then submitted to the FIA Circuit Commission prior to the works that were carried out in the first months of the 2022 season. In addition, we had our internal analysis of the circuit, a LIDAR scan of the area, and then a complete analysis to finalise all the details.”