Dutch Grand Prix organisers are confident that there will be no repeat of the ‘embarrassing’ behaviour of some ‘Orange Army’ fans that marred this year’s Formula 1 race in Austria.

F1 chiefs have been looking at ramping up security and working with promoters to eradicate the sexual harassment, homophobia and racism from some Dutch fans that was on display at the Red Bull Ring in July.

However, there have been ongoing incidents - with fans having been spotted burning Lewis Hamilton merchandise in Hungary this year.

Ahead of a sell-out 100,000 crowd at Zandvoort this weekend, there will inevitably be a close scrutiny on how Verstappen’s loyal followers behave.

Opinion: F1 must act hard on abuse - no fan should ever attend a GP and not want to go back

But Dutch GP sporting director Jan Lammers says he has absolutely no concerns about the situation – and thinks the small minority who ruined things for many in Austria will probably be too ‘embarrassed’ to return to an F1 event.

Speaking exclusively to Autosport, Lammers said: “I think this year we will prove that Austria was an incident only initiated by some individuals. It was maybe just tens of people that just went a bit over the top: group behaviour and all that.

“So I think those particular fans are already so embarrassed that they might even stay at home, or they've been set straight by their friends and family. That was embarrassing. And that's not how we know the Orange Army.

“During the Olympics and soccer, the Orange fans are usually known for their sense of humour. They don't take themselves too seriously and make a lot of fun. So I really think that the Orange Army are going to be on their best behaviour.” 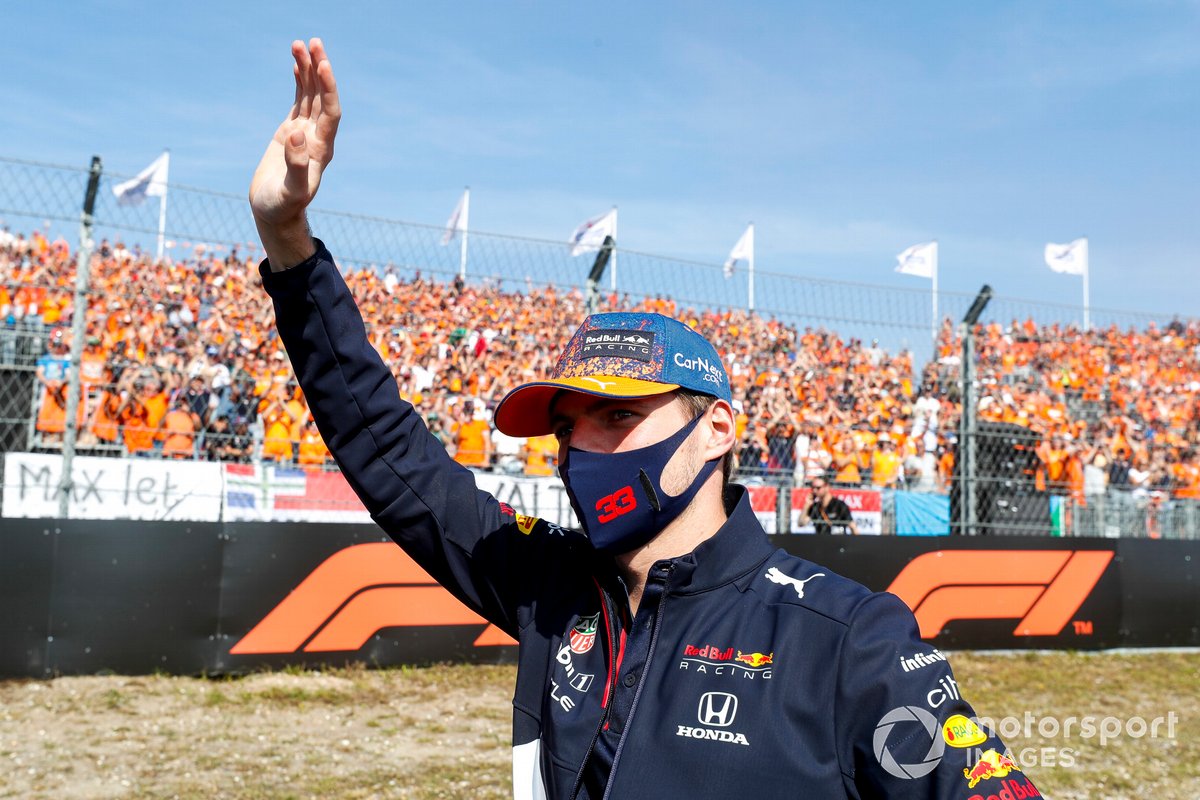 At last year’s Dutch GP, despite Hamilton being locked in a tight title fight with Verstappen, there was no evidence of fans taking it too far in how they treated other drivers.

Lammers thinks it will be the same thing this weekend, despite there being many more spectators at the venue.

“I think they're going to show that what they're really made of,” he said. “What we saw in Austria, that's not a real race fan.

“In the past, we've had the battle between Lewis and Max and I think we welcome them well here. Anybody booing anybody, particularly with Lewis, if somebody is booing a seven-time world champion, then you have to wonder yourself what you are made of.

F1 CEO Stefano Domenicali has also singled out praise for the way that Dutch fans behaved last year, having admitted to some worries beforehand.

“I have to tell you the truth....but there was a little bit of doubt of how the Dutch Orange Army could have responded and welcomed the other drivers.

“But actually it was the other way: it was impressive the way that there was a sporting welcome to everyone: from Lewis to the Ferrari drivers to the other ones. So chapeau.

“This is a sign of maturity: maturity that this society needs to move forward. And this is really something that we can really share.”