Formula 1 drivers have stressed how hard it is to drive a car slowly in wet conditions following Pierre Gasly's speeding incident in last weekend's Japanese GP.

The safety car emerged at the end of the first lap following Carlos Sainz's accident.

Gasly had to pit at the end of the lap for a new nose after hitting debris left on track following Sainz's accident, where the tractor was attending it.

The red flag then came out and it was the speed that he continued to carry as he drove back to the pits, while still stunned that he'd see the crane on the track and was explaining the situation to his team, that caught the attention of race control.

Speeding under the red flag has always been regarded as a serious offence, and is punished accordingly.

Gasly was called to see the stewards after the race and was given a 20-second penalty, which had little impact as it dropped him from 17th to 18th place.

The stewards noted: "After passing the scene of the incident, car 10 continued under the red flag situation, at speeds which exceeded 200 km/h on multiple occasions, and which reached 251 km/h at one point.

"The driver conceded that he now understood that there could have been marshals or obstacles on the track, and admitted that he was too fast."

Speaking before details of the penalty emerged, some of Gasly's fellow drivers stressed that keeping the temperature in wet tyres is a major issue and encourages them to go fast when the race is neutralised.

"Totally supporting Pierre," said Fernando Alonso. "We are in the car, we know the speed we are doing, we know when we are in control. 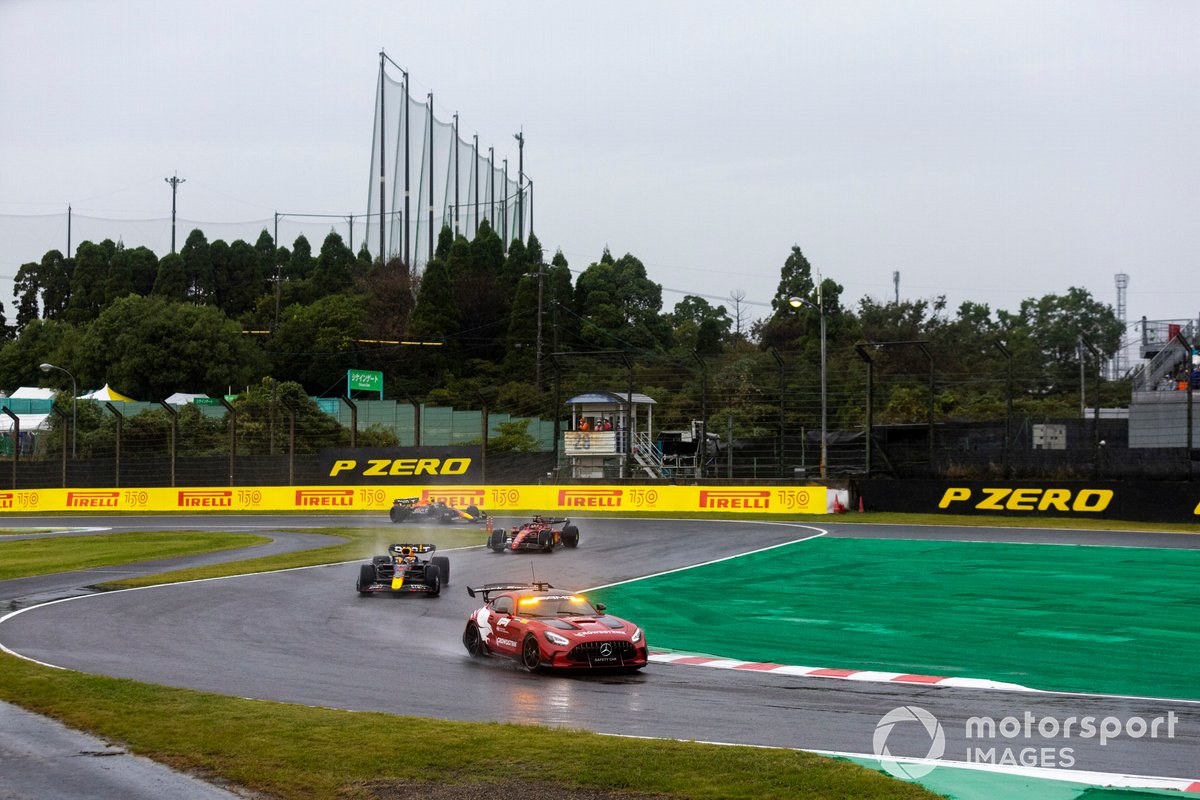 "What we don't expect is to see a tractor on the circuit, so that's something that nothing to blame Pierre."

George Russell explained that in a VSC situation drivers typically speed up and slow down.

"There's no rule which states how fast you have to go," he noted when asked about the incident by Autosport. "You have to respect your VSC delta, but if you're 10 seconds too slow within your delta, you've got the right to speed up to bring that back down to zero.

"And that's what drivers do, because the only way to warm our tyres is to back off, get the delta positive, and then go a bit quicker to put some energy into the tyres.

Daniel Ricciardo and Nicholas Latifi also acknowledged that F1 cars are tricky to drive at low speeds in the wet.

"The cars aren't that much safer when we go slow in these conditions, because you lose temperature," said the Australian.

Latifi noted: "Even at that [safety car] speed, you're still on the limit with the grip because the tyres are just not good rain tyres. These cars are not made to go slow."