Formula 1 CEO Stefano Domenicali says the success of the Dutch GP showed that the organisation’s focus on putting drivers at the centre of the sport is the correct one.

Domenicali stressed that the race worked so well because of the passion and enthusiasm generated among the fans by local hero Max Verstappen, who took pole position and won the race.

That gels with the philosophy of promoting the drivers that the F1 organisation developed under former boss Chase Carey, and which Domenicali has espoused since he took over the role at the start of the year.

"We are definitely happy because there was the proof that when you have the vision to work with the right promoters, you can create an event that is unique,” he told Autosport after Sunday’s race.

“Of course, you can say that the impact of Max is here. When we said at the beginning of this year drivers are our soul, the personality of drivers created what is here.

“And so this is really an incredible situation that we living together. It was amazing. And it was good to see the sign of what F1 could be.

“We need to keep that focus of course, to make sure that is going in this direction.”

Similar passion has been generated previously by the likes of Fernando Alonso in Spain, Sergio Perez in Mexico and Lewis Hamilton in Britain. Domenicali believes that it can also happen in other countries, with the right drivers.

“This is the strategy to build the right platform for the future. Of course, you may say, what if we would have a great American driver? Maybe in the future – why not?

“This is something that is very important. This is a platform where the energy is done by the people. And if you're doing the great choices, if you're working together, this is the proof that we can do something spectacular. 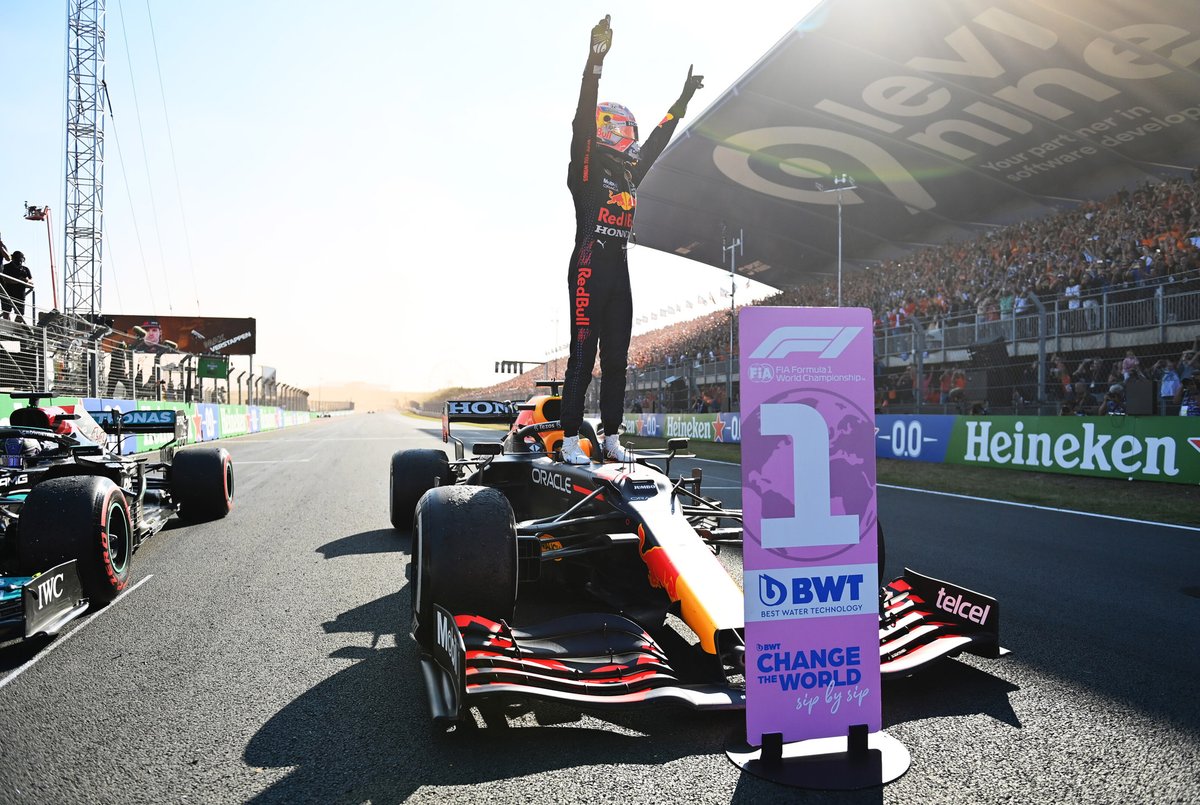 “And all around the world - because I received so many messages from everyone involved in the sport business - it is showing that that there is a lot of attention to us.”

Domenicali added that the Zandvoort race provided guidance for other race promoters in terms of what can be offered to spectators.

"I think that the lesson is what we can do. First of all, the Miami organiser was here, and I think it was very important to show what we're doing. And the lesson is that the more involvement we can get together with our crowd, the better the event will be.

“Good co-ordination with us, and make sure that everything is planned properly, and organised. So a lot of things that we bring home. And I'm sure that these guys [the Dutch fans] will follow other Grands Prix, and that is great.”

He also cautioned that F1 remains compromised by the COVID pandemic: "We are still living in this situation, and we cannot give up on that.

“But of course, our approach to be very focused on vaccinations and checks is the only way to move forward.”