Formula 1 boss Stefano Domenicali says he was surprised Lewis Hamilton did not top the recent global fan survey poll, but understands the appeal of young drivers like Lando Norris.

Max Verstappen was named as F1’s most popular driver, being picked as favourite by 14.4% of fans, but McLaren driver Norris managed to finish second overall ahead of 2017 vote winner Hamilton.

Hamilton has been F1’s most visible and public figure through much of his career, enjoying a celebrity status that none of his peers get close to.

But he fell 1.9% short of Verstappen in the worldwide fan vote despite remaining the favourite driver among fans in the UK, where he narrowly beat Norris.

Asked if he was a bit surprised to see Hamilton not at number one, Domenicali replied: “Well I have to say, yes, in a way.

“But on the other hand, if you think about the demographic of the people that are more involved in these kind of [votes], I think that you understand why Lando has a great audience, in that respect.

“It’s more connected to the fact that he has an approach with them that is fresh, in a way that is more close to the people that are following that. That is my personal view.” 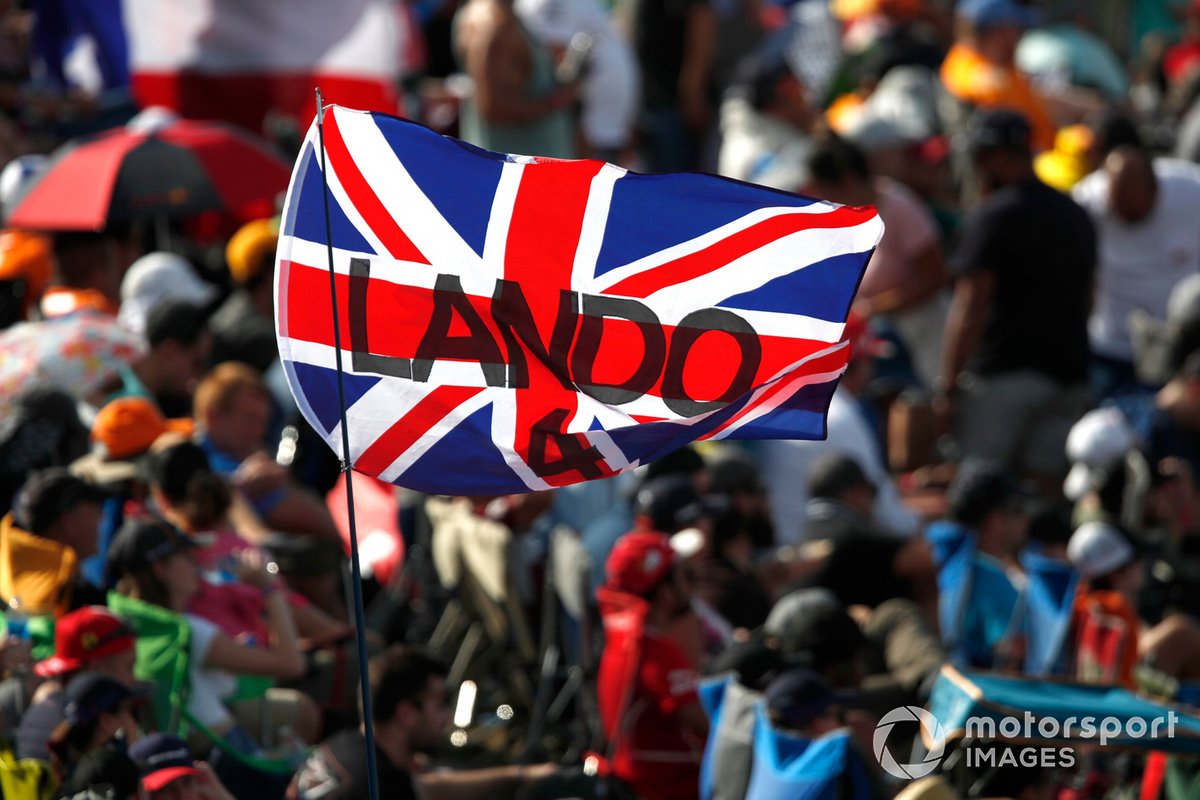 Norris finished second overall and helped McLaren win the vote as fans’ favourite team, and said he was glad to have a positive influence on young fans through a strong social media presence and activities such as streaming.

Domenicali said that while it was “a very, very small difference” between the top drivers, he was encouraged by the interest in F1’s younger generation.

“I don’t want to give a bigger magnitude than what it is, but for sure it’s a sign that, as I always said, we don’t have a problem with the drivers for the future,” Domenicali said.

“We have an incredible group of young, very talented and very good drivers that is of value for Formula 1.”

The survey reflected an influx of new, young fans to F1 as the average voting age reduced by four years from 36 to 32.

Domenicali agreed that the Netflix's Drive to Survive series would have played a big part in bringing new fans to F1 since the last vote in 2017.

“For sure, Drive to Survive had a big impact, mainly on the ones that were not really so avid fans of Formula 1,” Domenicali said.

“They saw different narratives with regards to that sport. For sure, it had a positive impact.”