Formula 1 CEO and president Stefano Domenicali has cast doubt on Andretti’s push to join the grid as an 11th team, saying any new entry needs to be “really significant”.

American racing marque Andretti is currently pushing to join the F1 grid in 2024. But its plans have received a lukewarm response from the rest of the field thus far amid concerns over prize money dilution.

Only McLaren and Alpine have appeared to support the push by Michael Andretti to establish an 11th F1 team, having seen his bid to take over Sauber - which operates the Alfa Romeo team - fall apart last year when a deal was almost finalised.

Andretti met with FIA president Mohammed Ben Sulayem in Miami to discuss his plans, and revealed he is going ahead with construction on an F1 facility in Indianapolis starting this summer.

But F1 chief Domenicali has now questioned the need to add an 11th team to the grid, noting the health of the existing field amid the series’ current boom.

Speaking at the Business of F1 Forum organised by the Financial Times and Motorsport Network in Monaco on Friday, Domenicali said it was “the first time in my life” that every F1 team was healthy and no-one was struggling financially.

“They are very solid, and this is something that is a big reward for them,” Domenicali said.

“They’ve invested in us, and that’s the reason why we do believe that the community of the teams has to be respected.

“Today, it’s not a problem of having more teams, because we have a list. Some of them are more vocal than the others, but we have a lot of people or a lot of investors who would like to be in Formula 1.

“But we need to protect the teams. This is really another sign of a very healthy system.” 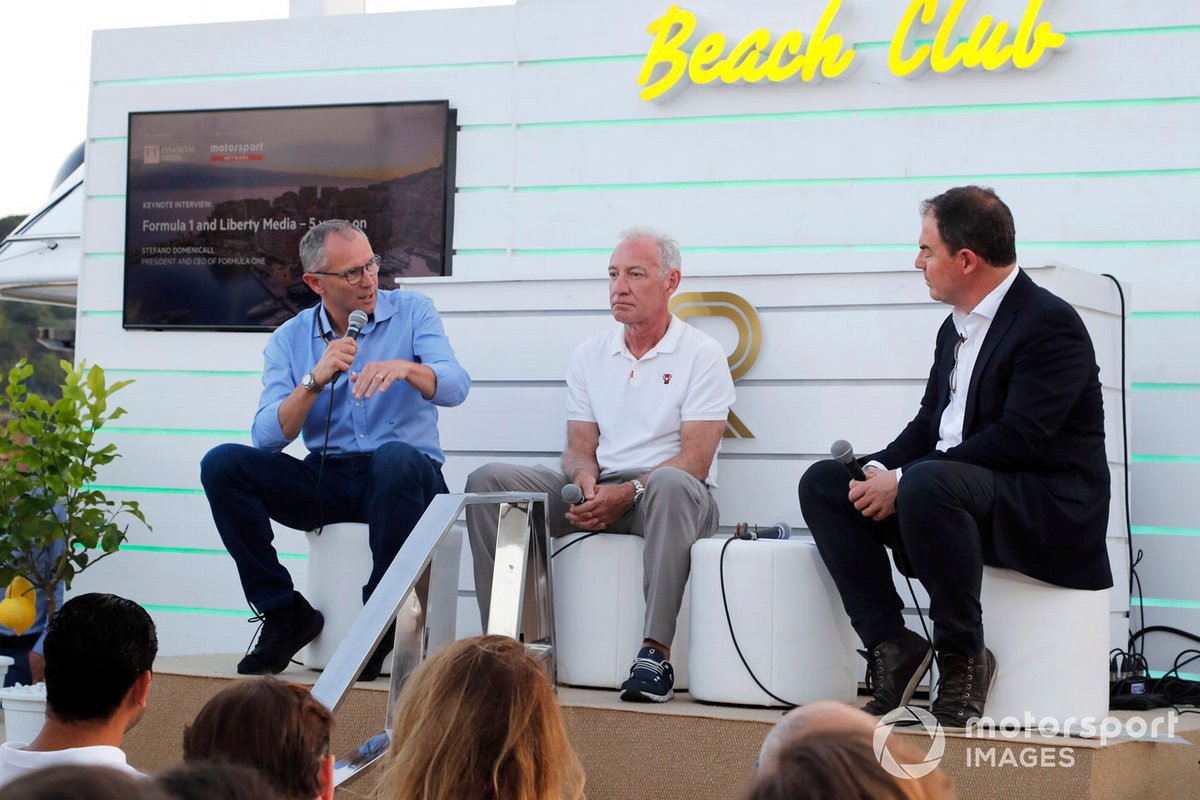 Asked if he thought F1 had the right number of teams at the moment, Domenicali replied: “I think so.

“And if anyone wants to come in, it has to be really significant.”

Any new team wishing to join the F1 grid must pay a $200m anti-dilution fee that is split between all the other teams, under the terms of the latest Concorde Agreement.

PLUS: How Formula 1 has made itself unattractive to new teams

But as F1 continues to grow commercially and team values increase, doubts have been raised about this one-time payment being enough to make up for the dilution of the prize money fund.

The “really significant” interest Domenicali is referring to is understood to be major manufacturers.

Both Audi and Porsche look set to enter F1 under the revised power unit regulations in 2026, but would do so via partnerships with existing teams - thought to be Porsche’s plan with Red Bull - or potentially acquiring another entry.

Liberty Media CEO Greg Maffei stayed coy on the possibility of Porsche and Audi joining, but said: “We’ve heard the president and CEO of the Volkswagen Group make some statements that suggests that they’re interested. We’ll take it only on his word.”