Formula 1 CEO Stefano Domenicali has confirmed that the new Brad Pitt movie based around the championship will start shooting on race weekends in the second half of 2023.

The timing suggests that November’s inaugural Las Vegas GP is likely to play a major role in the storyline.

On Friday Pitt, producer Jerry Bruckheimer, and director Joseph Kosinski met with F1 team bosses in Austin to give them some idea of their plans.

The filmmakers stressed that they see their production as the racing equivalent of Bruckheimer’s hugely popular Top Gun: Maverick.

Domenicali confirmed that all teams and drivers will be involved in the project, which will feature real cars and their sponsors.

The Italian sees the film as the next logical step in building on the global success of the Drive to Survive Netflix series.

"I think it's serious stuff,” he told Autosport. “I'm very excited because we are somewhere where people think, ‘What's next?’

“And this is another step in the growth. We truly believe that it will enable F1 to be in another dimension that was not explored so deeply, and so well, until today.

“You will see a lot of things will happen next year on the preparation, and it's exciting because all the teams will be involved, the drivers, everyone. So it's fantastic.

"We are already planning all the activity and the activation that needs to be done in a real race weekend, we're going to start in the second half of the season for the production.

“We are still working on the details, because it's just the start of the plan, but you will see it will be quite interesting, I would say." 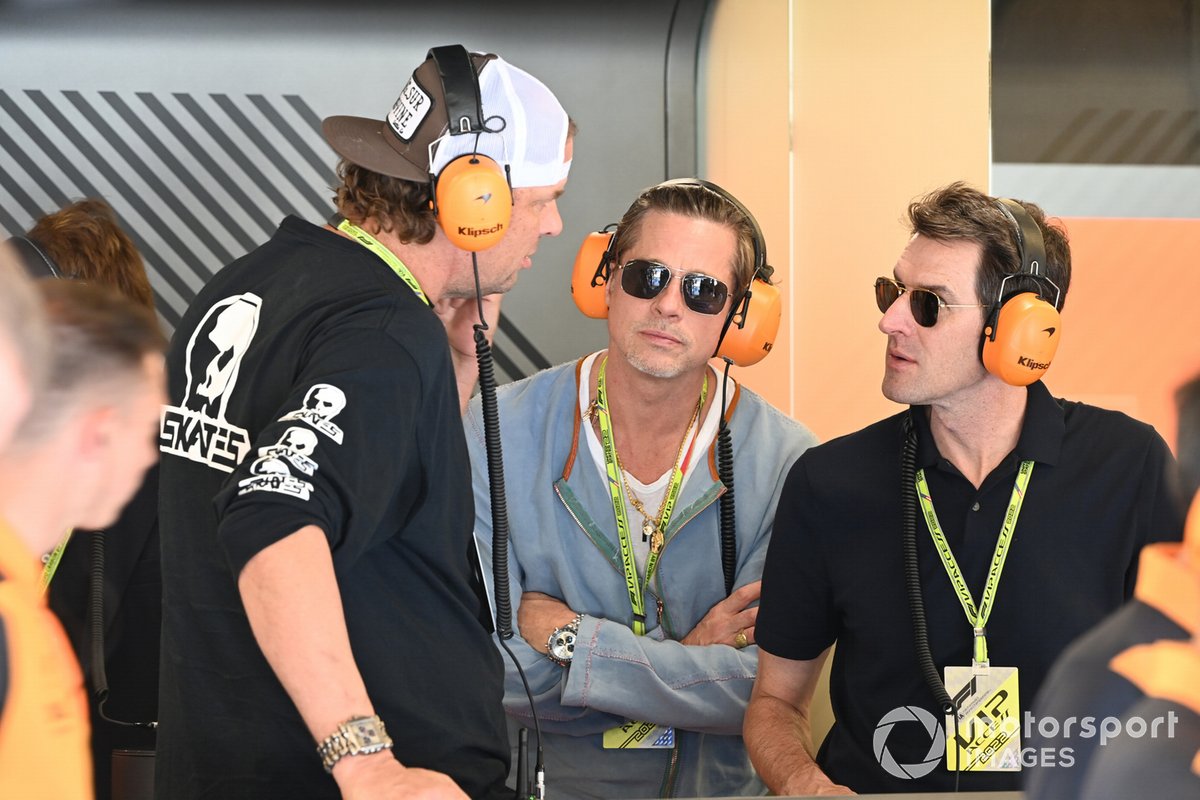 Asked if the production will have its own cars running on track between official sessions he said: "The only thing I can say is it will be real, so you will see something going on during the race weekends."

Domenicali says that teams and their current sponsors are eager to get involved and, when Bruckheimer made the NASCAR movie Days of Thunder over three decades ago, Mello Yello received huge coverage as the backer of Tom Cruise’s car.

“They will be there, the real ones, that will be involved in the movie,” said Domenicali. “And now there are discussions with the teams how to create the plan with the story, although of course, this is done by Hollywood.”

Domenicali added that the close involvement of Lewis Hamilton as a producer will help to keep the production on track, while stressing that all other drivers will be invited to be part of the movie.

“Lewis will be very important because he loves this new project, and he will keep the right authenticity to the movie that will be produced.

Asked if the film will be a direct revenue stream for F1 or mainly a global PR tool for the sport he said: "Let me say it will be both. But for sure it's very important in this moment to do certain things.

“Movies will be part of what we're going to build for the future to attract a new audience, and also to invest in extra revenue that will come.”