Does Tsunoda have what it takes to lead AlphaTauri if Gasly leaves?

News that Yuki Tsunoda will be sticking around at AlphaTauri in 2023 was one of the more expected announcements in Formula 1's driver market silly season.

AlphaTauri team boss Franz Tost had indicated for some time the plan was always to keep Tsunoda alongside Pierre Gasly - confirmation of whom was given back in June - pending sign-off from Red Bull.

Tsunoda said a few weeks ago that his future depended on "things in the background", but that he was satisfied with his displays even if the results this year have been hard to come by. Tsunoda hasn't scored a point since Spain, although AlphaTauri as a whole has found itself struggling more in the crowded midfield than it was 12 months ago.

As things stand, an unchanged line-up of Tsunoda and Gasly is locked in at AlphaTauri for next year, but that could still change. Alpine is known to have Gasly at the top of its shortlist to fill its second seat, and Red Bull is happy to release him from its sister team - so long as it has a replacement lined up and ready to go.

The plan to draft in Colton Herta from IndyCar had to be shelved when the FIA refused to budge on its superlicence rules, appearing to mean Gasly would stay put. But after it emerged that Red Bull advisor Helmut Marko met with Nyck de Vries last weekend, it is clear options are still being explored to replace Gasly and allow him to make the switch to Alpine.

Should Gasly leave, Tsunoda would be the experienced man and de facto team leader at AlphaTauri heading into 2023 - a big role for a driver who is often in the news for his temperament and is clearly still developing. 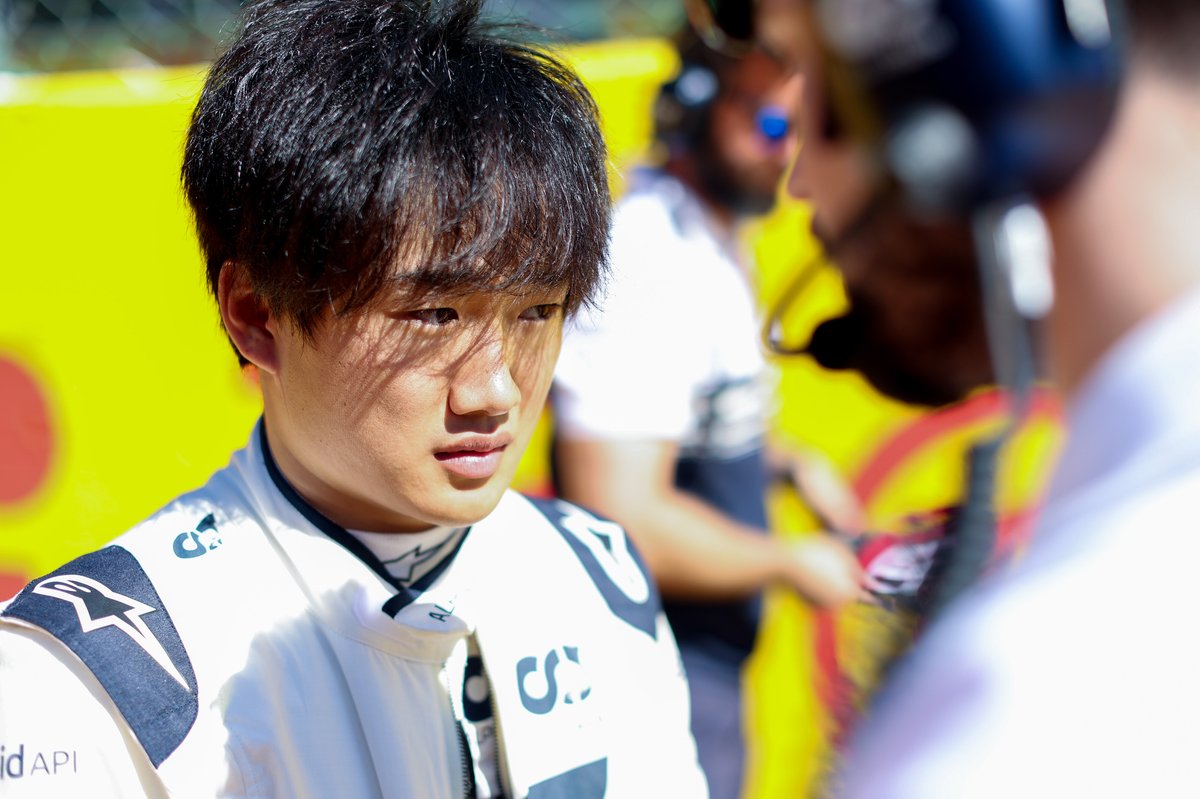 It is one Tsunoda admitted he may struggle to fulfil in the same way Gasly does at first.

"I wouldn't expect straight away to be able to perform or give the feedback to the team straight away like Pierre," he said at Zandvoort.

Tsunoda's development has come on a long way, particularly since Red Bull moved him from the UK to Italy midway through last season to keep him closer to the team. It was a move of such importance that even got mentioned in AlphaTauri's press release announcing him for 2023, noting his progression since then.

It has been a good environment for Tsunoda to work in. AlphaTauri is a small team without the pressure of a Red Bull or other front-running operation. He's got a boss in Franz Tost who knows how to get the best out of your drivers. And in Gasly, he's had a team-mate who has not only helped him lift his game, but also forged a friendly relationship off-track too.

"He took probably Formula 1 a bit more seriously, which was the right approach to have," Gasly told Autosport in an interview ahead of the summer break.

"From what he says, I did have an impact on that side to show him the sort of dedication and commitment that this sport required. This year, we've been working as a team, where last year it was kind of a little bit divided, because didn't have much experience. He was still quite new to the sport. 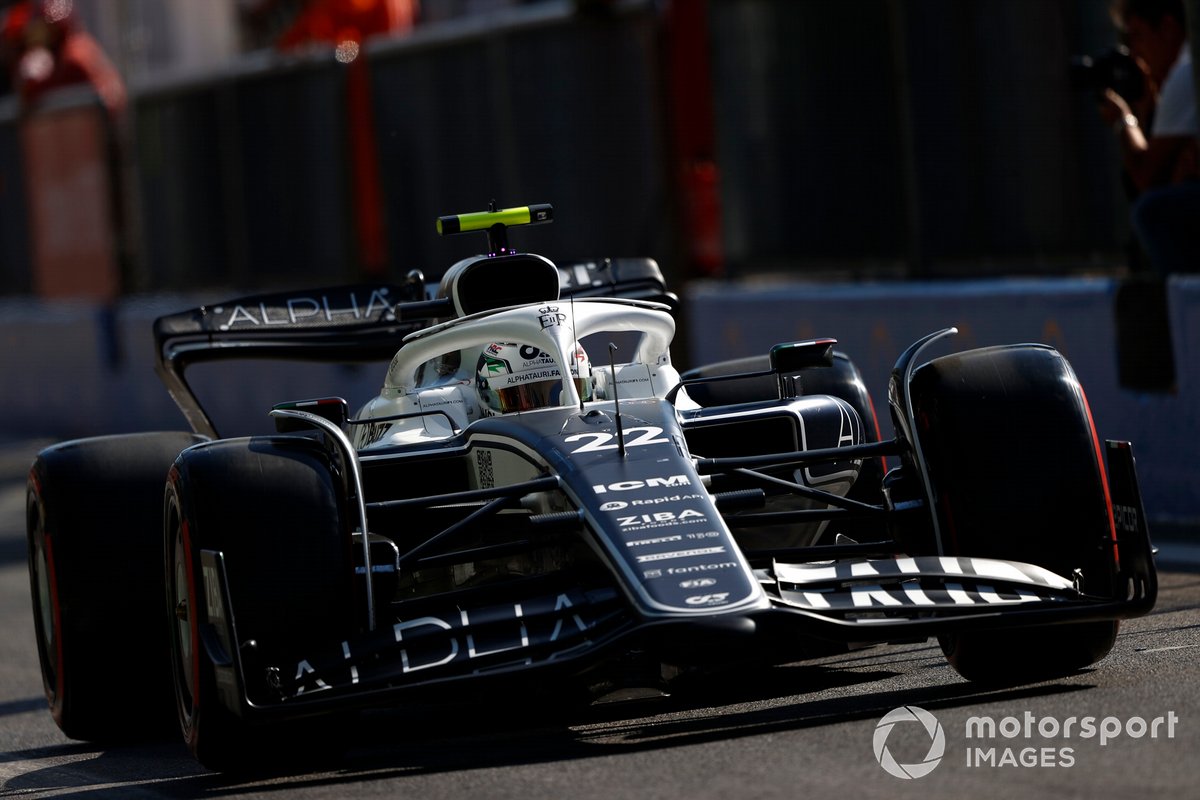 "This year I think he's got clear ideas and clearer feedback on what we actually need to go faster, so we can work together to improve the package that we have."

It's a progression that has also been noted by AlphaTauri's technical director, Jody Egginton. "More things are clicking now that he's understanding things," he said of Tsunoda. "He's also forming better opinions of what he wants on the car. And that takes time, with any driver."

We've seen the flashes of what he can do in F1. His impressive debut in Bahrain last year and late charge to fourth in Abu Dhabi may be notable, but his performances have taken a step forward through 2022, even if that isn't reflected in the points total.

Imola is a weekend that goes under the radar from this year, but he worked his way from 16th on the grid up to seventh at a track where overtaking is very hard to come by. The points gap to Gasly has also come down compared to last year. Gasly has 22 points to Tsunoda's 11, but Yuki reckons the gap would be smaller without setbacks such as in Saudi Arabia and Azerbaijan.

The big challenge for Tsunoda will be converting the potential into the kind of skills that can help him lead a team if Gasly were to depart. He's won fans around the world for his forthright nature - as Gasly puts it, "whatever crosses his mind is out of his mouth a tenth of a second later" - but stepping up to lead AlphaTauri would be a key test to see what the long-term future may hold for him within the Red Bull set-up.

Tost said in the press release confirming Tsunoda for 2023 that he thinks it takes drivers three years to fully acclimatise to life in F1. It will mean next season, there are no excuses for Tsunoda not to harness the undeniable talent he has - potentially as a team leader at Faenza.