The nature of the Mexico City Grand Prix's circuit and altitude has made Ferrari's Formula 1 car very “difficult to drive”, according to Carlos Sainz.

Relative to the Red Bull Racing and Mercedes cars, Ferrari came off third-best during qualifying at the Autodromo Hermanos Rodriguez as Sainz could only claim fifth for Sunday's grid – as Charles Leclerc struggled and qualified seventh behind Alfa Romeo's Valtteri Bottas.

In particular, the Ferraris seemed to struggle in the high-speed Esses and there were instances where the drivers had to course correct to overcome the low-grip conditions.

Sainz conceded that the conditions had not particularly suited the Ferrari F1-75 but hoped that it would be nothing more than a “one-off” – and felt that there was more performance in the car that was left untapped.

“Today there was probably a couple of tenths in the bag, but for how difficult it was, I think I was extracting out there quite a lot from it. We just need to have a look, I think we've lost quite a bit of performance in high altitude, but we need to see because I think it's just a one off.

“I think it's a track that hasn't suited us very well. But we've tried to do the best we could.” 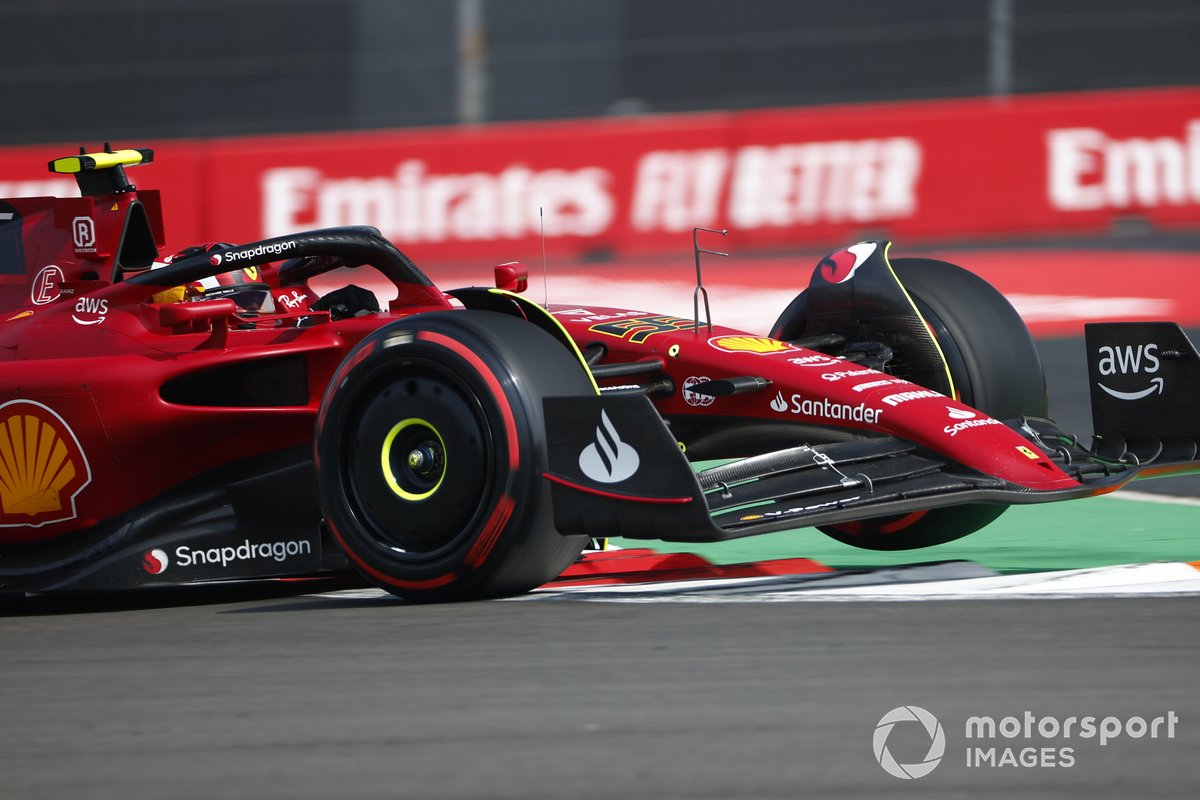 When asked how the altitude was specifically affecting the car, Sainz felt that Ferrari's powertrain was not quite as potent at dealing with the air density drop of 22 percent.

He also explained that Ferrari was struggling to switch the tyres on and left him feeling that coaxing the car through the Esses was a “fight” – but added that the team should not be too discouraged by its flying-lap tribulations.

“The altitude shouldn't affect us in terms of cornering speed,” Sainz continued. “So my guess is maybe something going on with the tyres and probably also the engine. I think altitude for this engine is not going exactly how we wanted.

“We knew before coming here we were going to need to take some compromises. And then tyres and the car, over kerbs and bumps was just difficult to drive.

“It was a fight [through the Esses]. That's why I couldn't put a lap together. We will dig deep, but at the same time we shouldn't get too discouraged.

The Mexico start bedlam that F1 has learned from