The Russian lost his drive at Red Bull to Max Verstappen early in the year, moving back to Toro Rosso where he has scored two points compared to the 26 of team-mate Carlos Sainz since the Spanish Grand Prix.

Kvyat headed into the summer break at the start of August expressing concerns as to what lay ahead, bemoaning the lack of feeling with his Toro Rosso and stating "I don't think anything bright is ahead".

"I really needed the shut down to be honest," said Kvyat.

"There was a lot of accumulated stress, thoughts, pressure building up.

"It just built up too much, a bit over the edge, but I was able to free my mind.

"It was unfortunate for the team the last two races [high-speed circuits Spa and Monza] were completely unsuitable for our car.

"I was able to work in the shadows and optimise things, and I can see my engineer is a lot calmer now, which is nice to see.

"There are three or four races ahead of us where we can show better potential because the tracks should suit us better.

"It's still not going to be easy, we will need to get it right, but we're going to go out there and have fun." 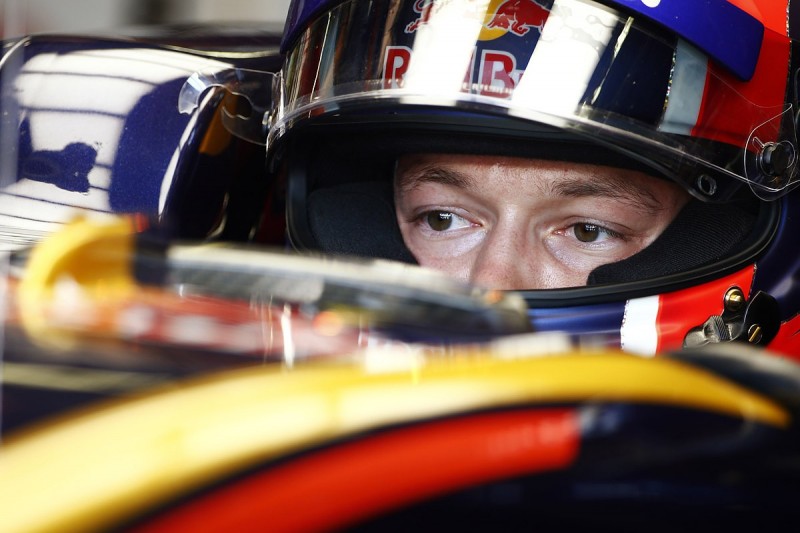 Kvyat knows the next few races could be key for his future in F1, with Red Bull junior Pierre Gasly currently leading the GP2 standings.

"Obviously Red Bull has a lot of influence on me," added Kvyat.

"Formula 1 is a sport where anything can happen, and in the last five years there have been a lot of up and downs, with the last six months quite different - not very comfortable for working.

"I still believe I'm reaching my potential, so for me it's all quite fine. I'm enjoying every time I'm on track.

"I'm able to stay focused, I'm able to work well with my engineers, and we believe we're able to get closer and closer to the limit of the car.

"So far my best race weekends have been in Baku and Monaco, and hopefully that will be the case again [on another street track] in Singapore."