The Australian struggled for front grip in the first part of the race and, after initially running second, was passed by both team-mate Max Verstappen and Ferrari driver Sebastian Vettel.

But after his second pitstop on lap 33 of 56, Ricciardo reeled in Verstappen and was able to challenge for third place late on before settling for fourth.

"We couldn't keep on top of the front tyres, we killed them quite quickly and got eaten up by the others.

"I was trying to hang on obviously, but I don't think it was a fight I was ever going to come out winning.

"The second pit stop allowed us then to make a change. It came to life.

"We gave it some front wing, got the front tyres working, and we were a lot of quicker."

Ricciardo admitted he was frustrated not to be able to pass Verstappen for third, with the Dutchman struggling for grip while behind the lapped Haas of Romain Grosjean late on.

"We got close to Max and we put ourselves in his position, struggling with grip," said Ricciardo. 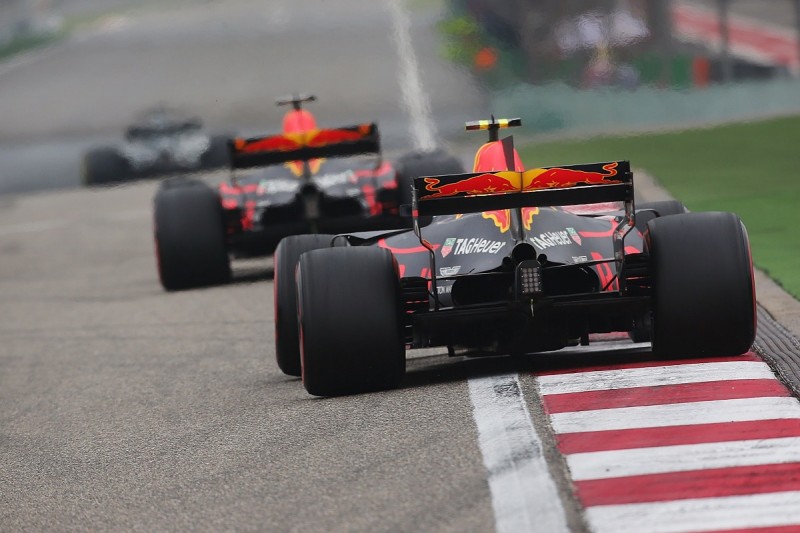 "It's frustrating to be there, but not close enough to pull off the move.

"I'm happy to have completed the race and gone through the motions, I'm satisfied with that."

Ricciardo also reveled in his earlier battle for third place with Vettel, during which the pair briefly rubbed wheels.

"I was honestly a bit bored, so I just thought let's bang some wheels and get the crowd excited," said Ricciardo.

"I'd be lying if I said it wasn't intentional, but I knew there was no harm done.

"A little bit of smoke for the fans."

Vettel also enjoyed the moment, admitting he was happy to have to battle to complete the pass for third place.

"On the exit [of Turn 6] it was a bit compromised with wheelspin and I got the elbows out," said Vettel.

"He squeezed me, but we had good fun."