Ricciardo was anticipated to sign a new deal with Red Bull for 2019, but instead shocked the F1 paddock by putting pen to paper on a two-year deal with Renault.

The 2018 campaign would have either way marked Ricciardo's last season of having Rennie within his race crew.

The race engineer, who had served alongside Ricciardo since the very start of his Red Bull tenure, was keen to travel less so was being moved into a factory role.

Red Bull had made arrangements to reunite Ricciardo with his former British Formula 3 race engineer Mike Lugg, but the Australian then surprised the team by selecting to join forces with Renault - which partnered him with Carlos Sainz Jr's former race engineer Karel Loos.

"There were a lot of reasons, but losing Simon - I knew he wasn't going to engineer this year, if I stayed at Red Bull, and I thought I had a good relationship with him, and there were some unknowns," Ricciardo admitted during this year's Hungarian Grand Prix.

"I was certainly comfortable with him. If I knew he stayed, I don't know if that would've been the deciding factor, but it was another [thing] - obviously when you've got the Honda concern and a few others, I guess that was another little thing.

"As I said, there were lots of these little things which probably added up - I don't want to say 'concerns' but unknowns. 'Concerns' is probably a bit disrespectful."

Ricciardo reiterated that there was not "one bullet" that made him leave Red Bull, and said the team's alleged favouritism towards team-mate Max Verstappen was not a major aspect, as "it was talked about more than [what] I saw".

He also said Red Bull "did OK" in terms of the salary that was offered, adding: "That wasn't a big difference in the end, it wasn't a deciding factor." 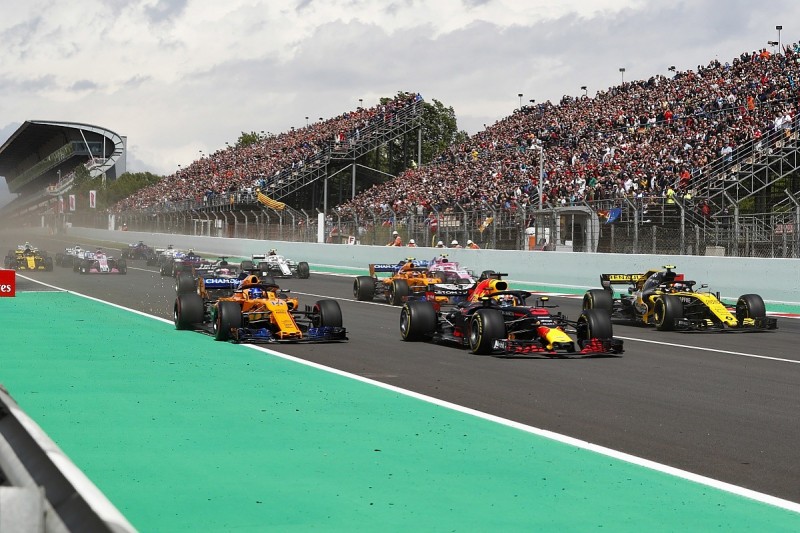 Ricciardo spoke with McLaren as well as Renault and Red Bull over a 2019 drive, but said McLaren was out of contention by the time he reached last year's Hungarian GP.

Recalling that event, he said: "I remember, coming into the weekend, I was still a little bit probably oblivious of what was going to happen and where I would end up, but as the weekend progressed, Friday or Saturday, it was like, 'alright, some teams are really pushing me, they need to know answers' - so it started to ramp up.

"And it was Sunday night we had to start to really decide what to do, and I was like 'I'm just going to go out tonight, have a few drinks, and maybe I'll find my answer with a few friends'.

"And then on the Monday it all kind of started to kick off a bit more."

Ricciardo said he made up his mind on the Wednesday after the race as he was flying to the United States.

"When I landed, I was like 'alright, yellow and black'."