The Australian was third in the drivers' championship this season, matching his achievement from 2014.

Though he won just once in 2016 compared to three times two years ago, Ricciardo was pleased with how he responded in challenging and high-pressure situations - including against incoming team-mate Max Verstappen.

"I finished third in 2014 of course and won three times that year and just once this time, but this year's third feels better," he said.

"In 2014, it was hard to fault that, but this year I felt like I did everything I did in '14, but at a higher level when I really pushed myself.

"There were races this year when Max was half a second quicker than me in Q1 and Q2, and then I'd pull out a Q3 lap that was three, four tenths quicker.

"I was able to find some pretty good levels through the year, and there were quite a few times that I was able to exceed my own expectations for what I thought I could do, maybe even surprise myself a bit."

Ricciardo picked out his pole position in Monaco - the first of his career - as the highlight of the season because of the pressure he had put on himself to achieve the feat.

"There were a few big qualifyings this year - China was one that comes to mind - and Barcelona and Monaco, they were both awesome," he said.

"Monaco was the best of them though, and that pole lap on the Saturday is probably the strongest memory of the year, maybe even more than winning in Malaysia.

"I get so excited about driving around Monaco. 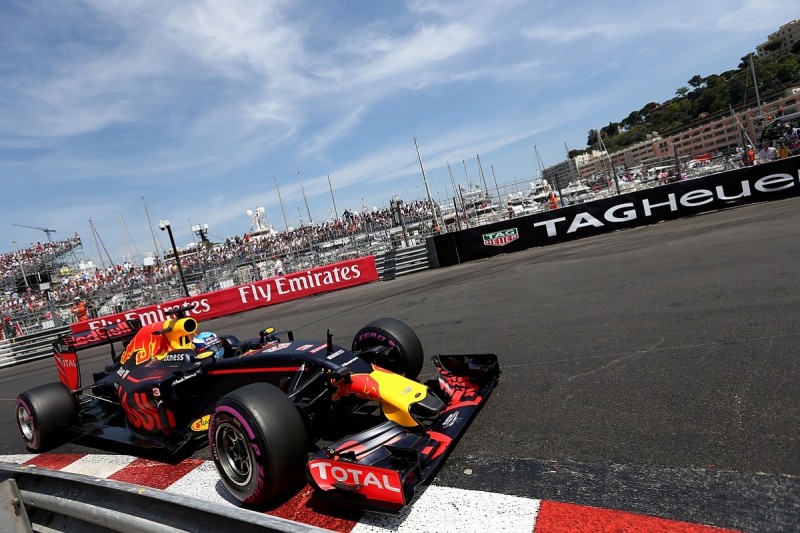 "I'd said quietly to my trainers and some people around me that pole there was one that I was really chasing, and to get it after I'd put some pressure on myself, that was pretty cool.

"It's good motivation for next year too."

But Ricciardo conceded that if he had not managed the victory in Malaysia, having come so close in Spain and Monaco, his thoughts on the season would have been different.

"If I didn't have a victory, like if Malaysia didn't happen, then I'd look back and say I should have been a multiple race winner this year," he said.

"But because I've now got that victory, I'm not going to say it could have been better, I could have got two or three.

"I got the pole, which I hadn't had before and obviously got back on the top step so for me that's awesome."