Robert Kubica will run a new chassis for the rest of the Formula 1 German Grand Prix weekend after his Williams team discovered damage to the one he ran on Friday.

During overnight preparations ahead of qualifying at Hockenheim, Williams found that parts of the car needed to be repaired - but that work could not be completed at the track.

A decision was taken to switch him to a new chassis, which meant Williams breaking F1's curfew restrictions to get the car built up in time.

There is no penalty for the chassis change, because the official event does not begin until today, and teams are allowed two curfew exemptions over the season.

Kubica had been testing a new upgrade package that Williams has brought to this weekend's race, but his work had been limited after some parts fell off during early running. 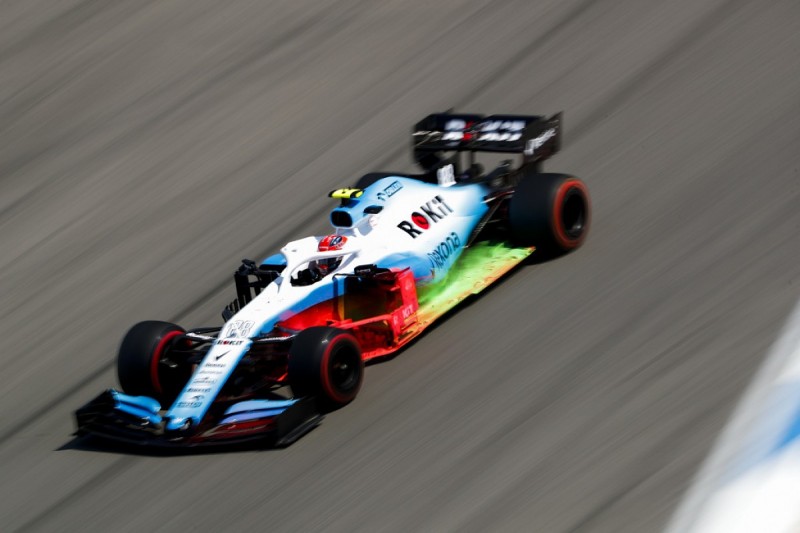 "We were a bit too fragile, that's how it is, so we have to make sure everything will stay attached to the car, and hopefully tomorrow will be a better day," he had said after practice.

He ended FP1 six tenths clear of team-mate George Russell in the updated Williams despite those issues, though was last of the 20 runners at the end of the second session.

With temperatures exceedingly high on Friday, Kubica admitted it was hard to understand just how much of a step forward the updates were. Russell will have the new parts fitted to his car for Saturday's running.

Red Bull's Pierre Gasly has also had to switch to a new chassis after he damaged his car in a high-speed accident towards the end of the second 90-minute session on Friday.