The 27-year-old spun late in the first free practice session and hit the barrier at the long Beausset right-hander.

Following the impact, a fire took hold at the rear of the car, burning away the right side of the engine cover and the parts below.

"For Marcus, it was a tough session this morning and he won't do FP2 this afternoon," said team principal Frederic Vasseur. 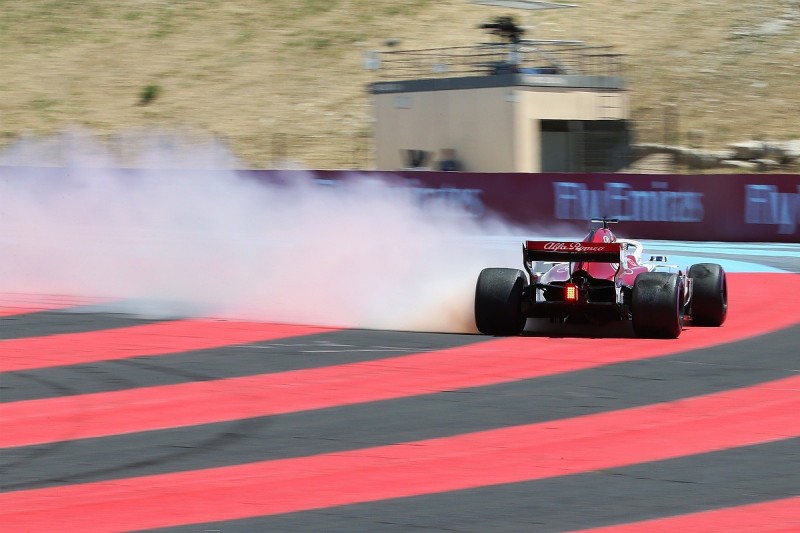 Ericsson ended the first session 14th fastest, less than a tenth of a second behind team-mate Charles Leclerc and 2.361s off the overall pace.

Vassur confirmed there is a small upgrade to the car, but difficult sessions for both drivers - with Leclerc also spinning twice - made it hard to judge its effectiveness.

"We have a small update on the car, but it is difficult to see this morning," said Vasseur.

"Step by step we are improving.

"The first package was to catch up the field and I think we did it, now we have to improve step by step."

Why Ferrari must avoid Barcelona repeat