The Circuit of the Americas has renamed its final corner in honour of American racing icon Mario Andretti ahead of this weekend’s Formula 1 United States Grand Prix.

Andretti enjoyed success across many disciplines of racing including IndyCar, NASCAR and Formula 1, and stands as the most recent American to win the F1 world championship in 1978.

Ahead of its 10th grand prix this weekend in Austin, COTA announced on Monday that its final corner would be renamed ‘The Andretti’ in honour of Mario’s success.

‘The Andretti’ is a tight left-hand corner to close out the lap that leads drivers onto the main straight before heading uphill into Turn 1, which was renamed ‘Big Red’ in 2020 after one of the track’s co-founders.

A naming ceremony will take place to officially rename Turn 20 as ‘The Andretti’ this Thursday at COTA with Andretti in attendance.

Andretti was the first driver ever to complete a lap of COTA ahead of its inaugural grand prix back in 2012, with the track having since become a core part of the motorsport landscape in the United States.

As well as hosting MotoGP since 2013, the track began staging NASCAR races last year, and has previously run IndyCar and IMSA events.

This weekend’s United States Grand Prix is set to be the best-attended race yet at COTA after the track added grandstands to satisfy the high levels of demand from the American fanbase. 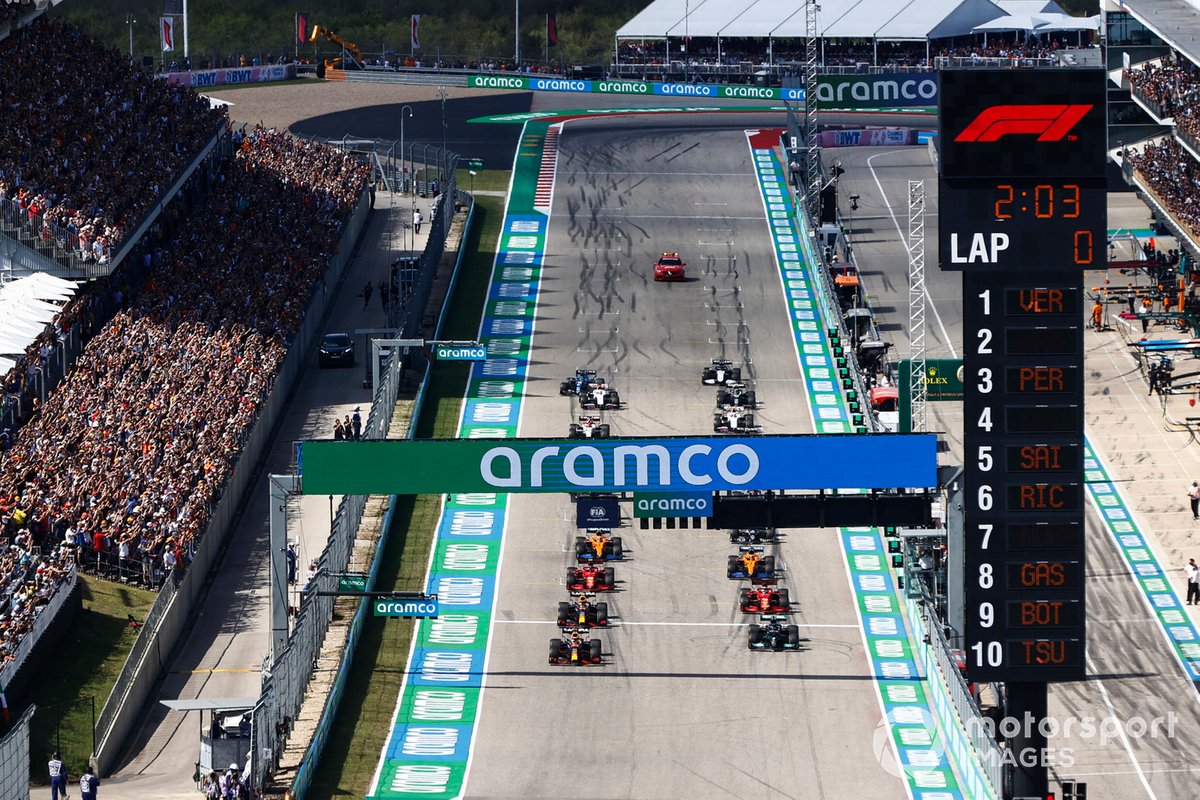 Max Verstappen, Red Bull Racing RB16B, and Lewis Hamilton, Mercedes W12, prepare to lead the field away at the start

Last year’s race attracted 400,000 fans over three days, marking a record for F1 that looks set to be beaten once again this weekend. This is despite the race being a dead rubber for the championship after Max Verstappen clinched the drivers' title in Japan two weeks ago.

Andretti will head to COTA for the ceremony fresh off the back of completing his most recent run in F1 machinery at the age of 82 in an event at Laguna Seca over the weekend.

Andretti got behind the wheel of a McLaren MP4-28 from 2013 at Velocity International after a run was arranged for him by McLaren CEO Zak Brown during the private event that featured a number of classic McLarens.