Austin circuit boss Bobby Epstein says bumps “aren't an issue” for Formula 1 cars, following concerns about the surface being expressed by drivers ahead of the 2021 US Grand Prix.

AlphaTauri racer Pierre Gasly said ahead of the Texas race that the event “could be quite complicated” for drivers because Austin’s bumps, which have always been encountered at the Circuit of the Americas track because it is built on shifting land, “seem even more severe now” after he watched the recent MotoGP event at the same venue.

The topic was much discussed in the drivers’ pre-event press conferences at Austin on Thursday, but Epstein dismissed the concerns – particularly after FIA-mandated work to mill the track surface at the depression between Turn 2 and Turn 3 and the depressions at Turns 4, 6, 10 and 14 had been completed in the run up to the event.

When asked by Autosport if COTA would have to complete additional work to address concerns about its track surface, Epstein replied: “Gasly may have said something, but he hasn't driven the track.

“So, the bumps aren't an issue for the cars first [of all].

“And Michael Masi [F1 race director] has been out and sent people and they've checked it and they asked us to grind two or three areas of concern.

“And that work was done already Monday and Tuesday this week.

“So, it's still a problem for bikes – there's two sort of dip areas – but cars have no problem.

“I think if you ask [Gasly] after he drives he'll say they've done a lot harder surfaces than this.

Epstein added that his track will “resurface for the bikes by April” to add to work completed since F1 last visited Texas in 2019, which led to resurfacing at the pit exit and run to the first corner, plus the runs between Turns 9 and 10 and Turns 11-12, as well as from midway through Turn 15 to halfway through Turn 19.

“We're closing for three weeks in January,” Epstein continued. “We've already resurfaced a lot, we did a lot last year so there's more to do.

“But we should ask Gasly after he goes out, can you drive this? Ask him how Monaco was.” 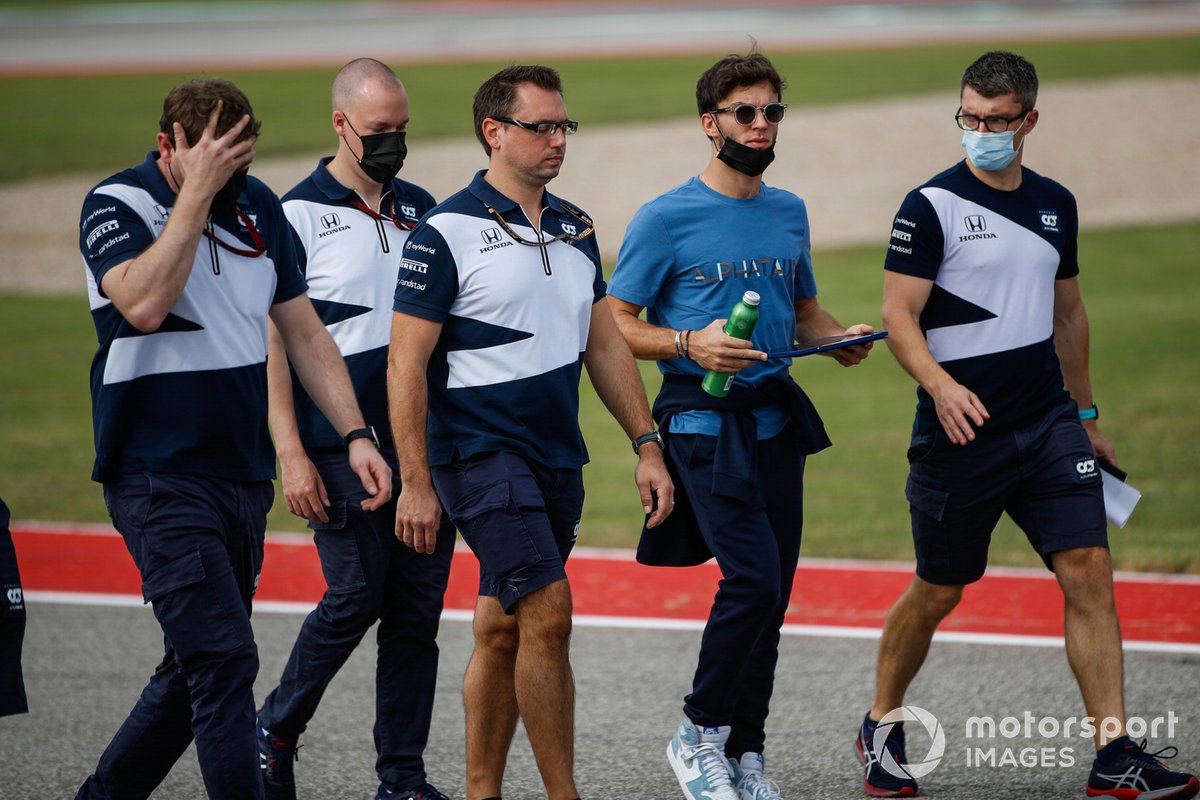 Mercedes driver Valtteri Bottas said Austin’s bumps were “ok” but “on the limit” during the 2019 event.

He added: “The limit is when it becomes too painful – when it’s a really bumpy track your body gets quite a beating and you start to get headaches and stuff like that.

“Then it’s not that much fun any more. As I’ve understood, they’ve done some work on the track so hopefully it’s driveable and enjoyable.

Alfa Romeo’s Kimi Raikkonen said the bumps have “been there every year – some years a bit more, some less”.
He added: “It's not like we don't have bumps on other tracks.

“So obviously some tracks are very smooth for many reasons, because maybe they resurfaced just before or not. But it should be ok.

“I mean if the MotoGP guys could manage to do a race, we should be absolutely fine.

“I'm sure it's a lot more scarier with the two wheels to go with the bumps, than with our cars, especially with the downforce. Yeah, we might feel it, but should be ok.”