Formula 1's introduction of a cost cap has been one of the key triggers for more spectacular racing this year, reckons Haas boss Gunther Steiner.

While F1's shift to ground effect cars this year has made it much easier for drivers to follow each other, Steiner thinks the technical regulations alone are not the only reasons there have been such exciting battles in 2022.

In particular, he cites some of the ultra-closing fighting behind the leading Ferrari, Red Bull and Mercedes teams as the result of the fact that spending has been equalised thanks to the budget limits.

The level of the cost cap, which has just been upped to $145.58 million as the result of a dramatic rise in inflation, has prompted furious debate so far this season.

And while some top outfits wanted the level lifted a lot, smaller outfits have been adamant that the spending limits are working.

Steiner, in particular, feels that one of the successes of the cost cap is the fact that the racing order is no longer dictated by which team has the most money to spend.

He thinks that has served to level the playing field up and down the grid, which is having a direct benefit on the racing.

"I think what is happening in the moment is there's a lot of fighting going on – and in many areas fighting in a good way out on the racetrack," he said.

"There's a lot of racing going on. And I think that's down also to the cost cap. We have created a successful rule and we shouldn't go away from the principle."

Steiner, who voted in favour of the compromise lift in the budget cap last week, said F1 would take a wrong turn if it ever thought of moving away from a budget ceiling. 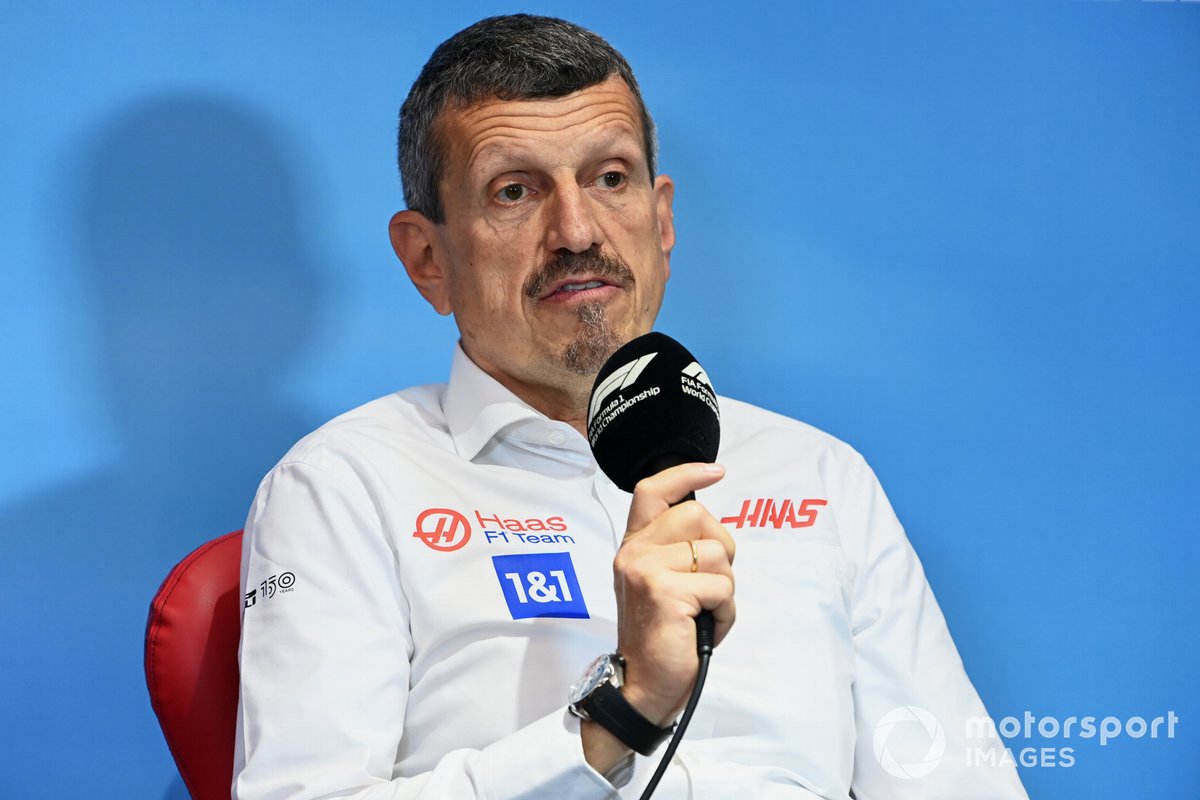 "It should not be the intention to go back to the good old days, where just who's got more money is going to win and then take the championship away," he added.

"I think that for FOM, what happened at [races like] Silverstone was fantastic in my opinion, and for the spectators it was fantastic.

"You always have to think why did we have this? I think the cost cap is part of it. And therefore, I think we should try to protect the cost cap as much as we can by not hurting teams this year."

One of the impacts of the cost cap has been limited scope for teams to make developments, which means an outfit like Haas, which is still racing its original spec car, can remain competitive.

But Steiner says the whole ethos of the 2022 regulations, which has put more restrictions on what teams can do with their cars, have also helped on this front.

"It's not just the cost cap, it's also the technical regulations with this car," he said.

"I think it is a bit harder than it was in the old days, because the upgrades people brought, they were not as big as they were years ago.