Recently-retired Formula 1 driver Kimi Raikkonen says he doesn't understand why achieved such popularity with grand prix fans – although suggests it could be because he was "consistently odd or weird".

The 2007 world champion, who called time on his F1 career at the end of last season, has no racing plans for the future as he instead wants to spend more time with his family.

But reflecting on his two spells in F1, where he became one of the most popular characters due to his on-track success and off-track attitude, the Finn admitted he was unsure why he was liked so much.

“I don’t know why [fans] like me,” he told Autosport in an exclusive interview to mark the end of an F1 career that has made him the most experienced driver ever, with 349 race starts.

“Maybe because I am what I am. Consistently odd or weird, or whatever you want to call it!

“It’s normal for me, but for outside, maybe not for everybody. But I’ve done it exactly on my own terms, most of the way anyway.”

Raikkonen says that sticking to an attitude that he felt was right, rather than trying to be somebody he wasn’t to please others, was critical for him to survive in motorsport's top flight.

“Here and there, you need to somewhat go in another way,” the 42-year-old explained.

“Obviously more in the beginning, it’s more difficult, because they try to put you somewhere. But if you don’t, they kind of give up on trying to change you.

“It’s easier [for them to say]: maybe it’s best to just let him do what he wants.

“I’m happy that I did the fighting in the beginning, because it’s obviously a lot easier. [After that] it’s much harder to try to be somebody else.” 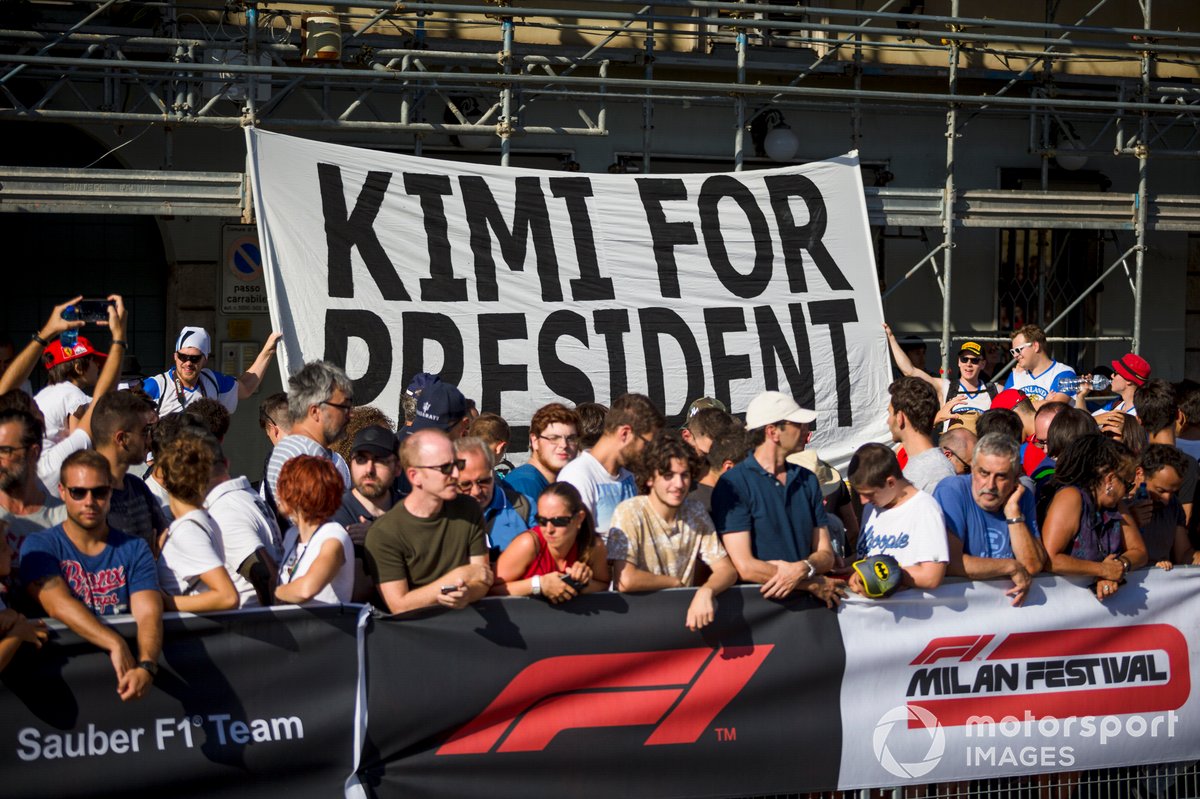 Raikkonen has long enjoyed popularity among F1 fans, though admits he doesn't know why

Raikkonen reckons that rather than it being difficult for him to maintain his image, he felt it would actually have been harder to behave in a way that others would have liked.

“But I don’t think it’s very good or healthy in the long run.”

Raikkonen also does not remember some of his more iconic moments – like his ‘leave me alone’ radio message from the 2012 Abu Dhabi Grand Prix – with the same kind of enthusiasm as his fans.

Asked if he cared about things like that, he said: “No, not really. In the end, we won the race, and the people that were there actually know what happened.

“It’s easy to make one thing out of it and do this and that. In the end, winning the race is a long process from Friday to Sunday.

“I have no feelings either way, good or bad about it.”