Fernando Alonso says he has been left “confused” by Formula 1’s racing rules, after rivals escaped penalties for what he felt were infringements at the British Grand Prix.

The Spaniard says he plans to seek clarification with F1’s race director in the Friday night drivers’ briefing at the Austrian Grand Prix after he felt competitors escaped punishments for actions that he has been sanctioned for this season.

As well as being “surprised” that Charles Leclerc escaped a penalty for what he felt was weaving down the straight, Alonso has also questioned the way that Sergio Perez was allowed to keep racing after leaving the track in his fight with Charles Leclerc and Lewis Hamilton.

“I think we will bring the point tomorrow in the briefing,” said Alonso. “Honestly, I watched the race on Monday and more than the movements [of Leclerc] on the straight, I saw the action between Charles [Leclerc], Checo [Perez] and Lewis [Hamilton], which obviously was fantastic to watch on TV and for me to witness behind the cars.

“But at the beginning of the year, leaving the track was not allowed. It was very clear black and white. And now, leaving the track and keep flat out on the runoff area and keep fighting on the following corner, is allowed. So that's a completely different direction with what we have seen so far. So it will be very, very interesting to clear this up.” 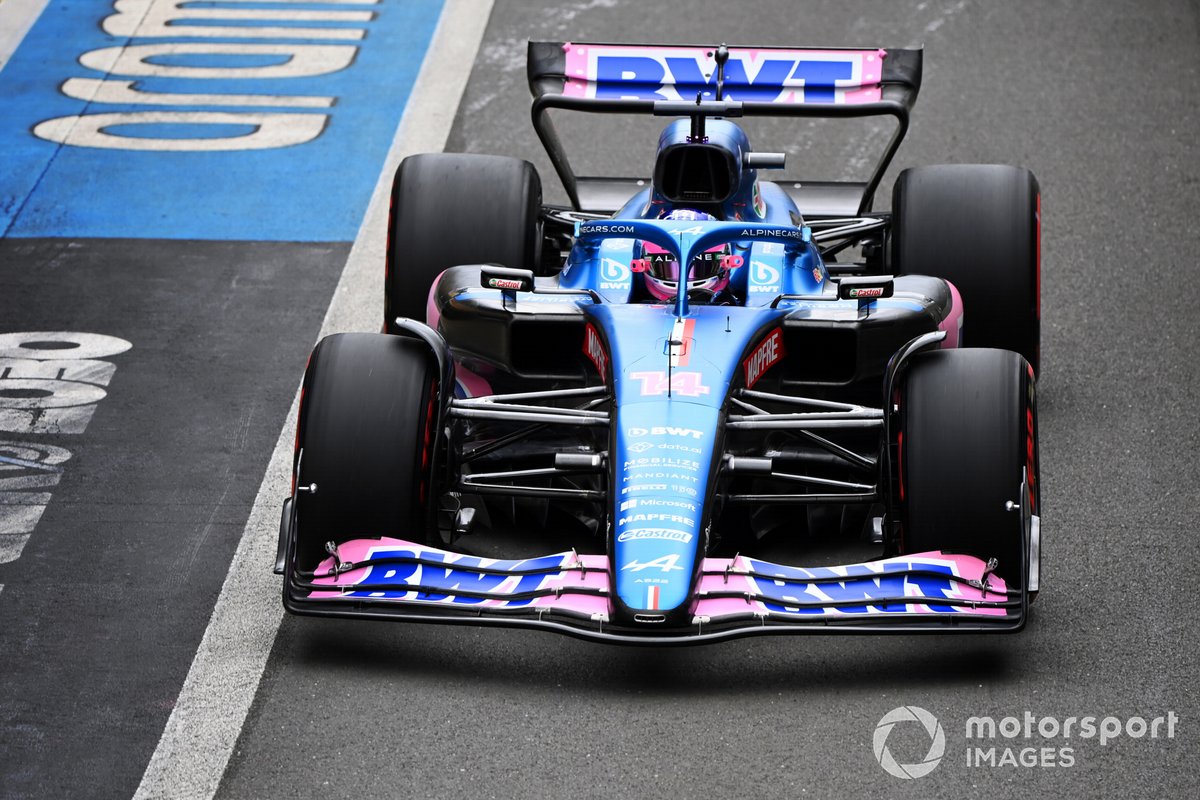 Alonso reckons there are plenty of other aspects about what happened at Silverstone, including the green light to drivers being crowded off track on the exit of corners, that he does not quite understand.

“I think we have to talk,” he said. “Obviously, when you are side-by-side and you push someone out of the track, there are different scenarios and different manoeuvres, and different corners. So it is always more difficult to judge.

“But we have been told that the one thing that was very clear to police was the white line. And it was not in Silverstone.

“Now it was a clear gaining of advantage, because you can fight on the next corner on the inside or outside. So it's clear. And it was no penalty. So I'm very confused.”

Alonso was clear that his questions about the racing rules were more aimed at ensuring everyone has clarity over what is and is not allowed, rather than being a criticism of the job the stewards were doing.

“They have a difficult job,” he said. “We need to all try to help them, so I'm not saying that it was right or wrong in Silverstone. What I'm saying is that we need to have a better idea and we are here to help them.

“They are here to help us and to police the race. So we just need to make sure that we are all on the same page.”