As F1 prepares for its first race at the new Circuit of the Americas, Tilke thinks that the venue's configuration - which includes the dramatic rising blind apex of Turn 1 and cambered high-speed sections - will not be easy to conquer.

"I think there are some real difficult parts of this track, and hopefully it will be one of the most challenging," Tilke said in an exclusive interview with AUTOSPORT ahead of this weekend's race.

"Turn 1 goes steeply uphill and then the elevation turns sharply into a downhill sector, so the drivers will not see the apex of the corner. It will be blind.

"I expect in first practice the drivers will make many mistakes, but they are so good they will learn it quickly because they are the best in the world.

"After Turn 1 there is a 'snake' section, which is very fast and orientation will be difficult for the drivers. The track also goes up and down, and there is also one corner which is banked the wrong way [adverse camber].

"For the drivers it will be hard, it will be difficult to set up the car and it will be tough to keep the tyres running correctly too. That could mean there are more problems with the tyres, which will be good for the race."

Tilke's layouts have often been criticised in the past for not producing good racing, despite efforts to improve overtaking opportunities. 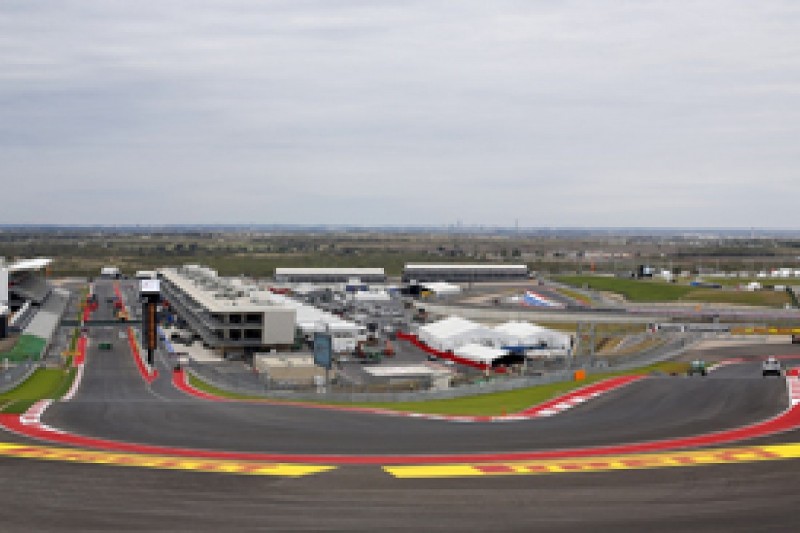 That is why he is reluctant to predict how exciting the racing will be at the Austin venue until he has seen F1 cars in action there for the first time.

"I think this track is really good, but we have to see what the drivers will say about it," he said. "That first statement will be important, and hopefully it will be a positive one. But you never know how it works."

Tilke believes there are good passing places in Austin, although the lessons of Abu Dhabi - which in the past has produced boring races but recently delivered a thriller - shows how hard it can be to predict what will happen.

"This year they had a lot of overtaking at Abu Dhabi, and there are opportunities to overtake here," he said.

"In the end overtaking is only possible when a faster driver is behind a slower driver. If it is the opposite then overtaking is not possible.

"If the faster driver is leading and the second driver is slower then overtaking will not happen. But that is the drama of a race and hopefully it will be interesting here."