Leclerc got ahead of Alonso on the opening lap when the McLaren driver was delayed by Carlos Sainz Jr at Turn 2 and then Romain Grosjean's spinning Haas at Turn 3.

He kept the 2005 and '06 F1 title winner behind for most of the opening stint until cold tyres at a virtual safety car restart left him vulnerable to an Alonso attack.

"It was great to fight with Fernando," said Leclerc. "In Baku we fought quickly on different strategies, here we were on the same strategy.

"It's always an honour for me to fight with such a big name in F1. I learn twice more fighting with him than other drivers, so it was great.

"To be honest in the helmet you don't think you're fighting with Fernando Alonso.

"When I put on the helmet every driver is the same for me, trying to keep them behind like any other."

Leclerc acknowledged that he was helped by Barcelona being a tough circuit to overtake on but revealed a front-left tyre problem made his task more difficult.

It also meant he dropped behind Sergio Perez's Force India, but Leclerc still held on to 10th to earn his second points finish in a row.

"At the end it was very difficult to keep him [Alonso] behind," said Leclerc.

"The front left was completely done, [and I had the] same with Sergio. My front left was destroyed, I had graining, blistering, everything. It was very bad." 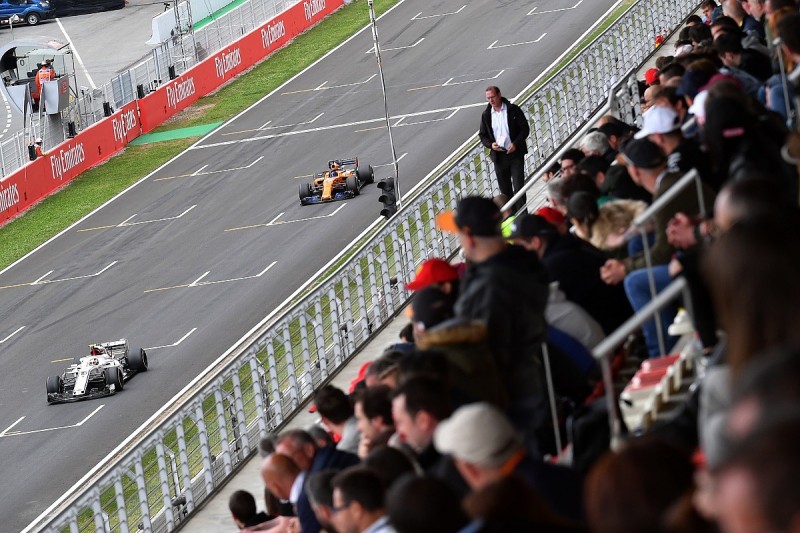 Leclerc called his Spanish GP performance "the biggest surprise of the year" after making it into Q2 for the second race in a row and bagging another point.

He said the team feared it would be "very far" away on a track that exposes any downforce weakness, which Leclerc thinks will also be the case in Monaco in two weeks' time.

Asked if the result changed his expectations, he said: "I'm confused now!

"We took the opportunities, we had some crashes [ahead], but I think we were not so far off points anyway.

"I expected us to struggle a lot. So hopefully we are also wrong for the expectations of Monaco!"

"It was impressive for us to be in Q2 because it was not our favourite track at all on paper and we thought we would struggle," he told Autosport.

"Qualifying went well, the race pace was OK - perhaps we need to be more consistent during the race. We were a bit too up and down.

"But it's very encouraging for the team to score points in Barcelona, it was not expected at all."