The Sauber driver has been a Ferrari protege since 2016, and he has been tipped as a future Ferrari driver while learning the ropes in F1 further down the grid.

Ferrari's conservatism with its driver line-up means it has been considered unlikely Leclerc could replace Kimi Raikkonen after just one season in F1, but he said ahead of the Canadian Grand Prix that is the scenario he is hoping for.

When asked about being a Ferrari driver in the future, Leclerc said: "To switch that off is always difficult, when people say that it only makes me smile.

"But on the other hand it doesn't feel realistic for now. I'm just focusing on this season - I think that's important.

"If I'm starting to distract myself with what could possibly happen next year I don't think it would be positive for me, so for now I'm focused on this year.

"Then when it will be time to think about next year I will think about it, and hopefully we have an opportunity to take that seat.

"It's a dream since I was a child, so I hope to one day be racing for them." 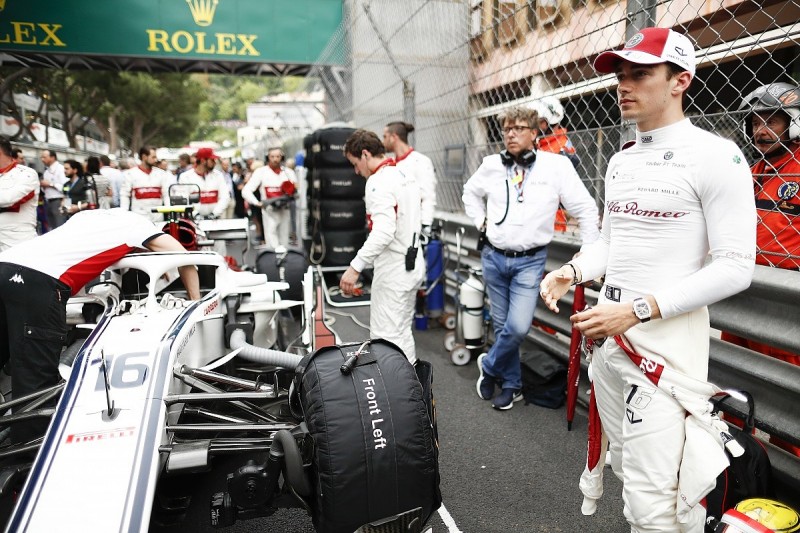 Leclerc believes starting off at Sauber, which strengthened its ties with Ferrari ahead of this season, has been the perfect way to begin his F1 career.

"I have less pressure than if I started in a bigger team, and they have had a lot of young drivers so they know how to help a young driver learn and help him start in F1, so it's a great place to start," he said.

When asked by Autosport if he feels he would need an intermediate step at a midfield team, such as Ferrari-affiliated Haas, before moving to a frontrunner, he added: "Sauber is doing all the right steps to improve quickly.

"It's looking very good for the future of the team. It's all positive.

"Simone Resta has just joined [to focus on 2019 car development], which will be a huge boost for the team.

"He has a lot of experience with Ferrari, so it can only be positive to have someone who has worked with such a team. I've only heard positive things about him.

"We need to see how things are going, not in the next few races because it will take a bit more time than that, but I'm pretty sure we will move forward in the rankings."