Chadwick joined the outfit as part of its driver academy during last season and, as well as some simulator work, she attended several European grands prix.

In 2020, she will continue working with Williams at tracks and at the factory, and she will increase her simulator programme to help with the team's development.

Speaking about her new deal, Chadwick said: "The time spent in the simulator has been invaluable and I have enjoyed every moment, immersing myself within the team.

"I look forward to continuing to work with Williams this year."

Deputy team principal Claire Williams, who visited the W Series paddock at Hockenheim in 2019 prior to Chadwick joining Williams, added: "I have thoroughly enjoyed watching Jamie develop, and excel, both with the team and her time racing in W Series. 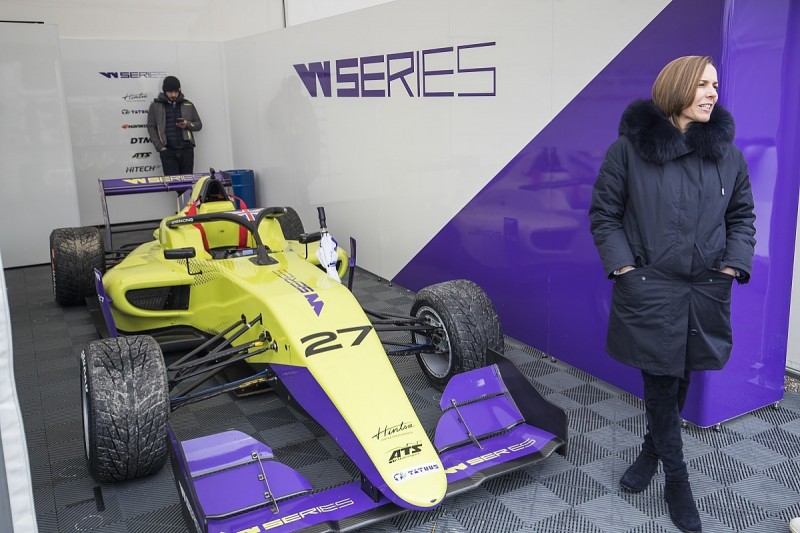 "Jamie has done an excellent job promoting women in motorsport and we are extremely proud of the work she has done."

She is continuing in W Series this year - which has extra appeal due to the series now qualifying for superlicence points - but the series has also outlined that the 2020 champion will not be able to continue in the series for the following year.

Chadwick has also added a campaign in the Asian F3 championship for 2020, and took 10th and eighth place finishes in the triple-header season-opening Sepang round.