Formula 1 drivers' conservative approach to last year's inaugural grand prix in Baku made for an unexciting race, says the event's promoter, who believes 2017 will be different

Last June's GP2 races on the street circuit included a first-corner pile-up in the opener, from which half of the field retired, while the two starts were littered with safety cars, incidents and retirements.

That led to high expectations about a chaotic European Grand Prix, but the 51-lap race ran under green throughout, with no retirements due to accidents.

Nico Rosberg, who won the race, said at the time that he felt drivers had learned from the carnage on display in GP2.

Azerbaijan race promoter Arif Rahimov believes drivers will have more confidence when they return, citing the Russian GP going through a similar scenario with a lacklustre first race in 2014 followed by a more-exciting race one year later.

"You can take Sochi as an example," said Rahimov during a visit to London.

"The first year in Sochi was boring, there were no accidents, nothing there.

"I'm not saying the track was boring, it's a great track, but the first race was steady, the same as us.

"The next year, it was a great show.

"It's more to do with the confidence of the drivers.

"Once the confidence of the drivers has risen after the first race last year, it's going to be more interesting.

"The track is very unforgiving, you cannot make mistakes on this track.

"There is huge potential to put a great show there." 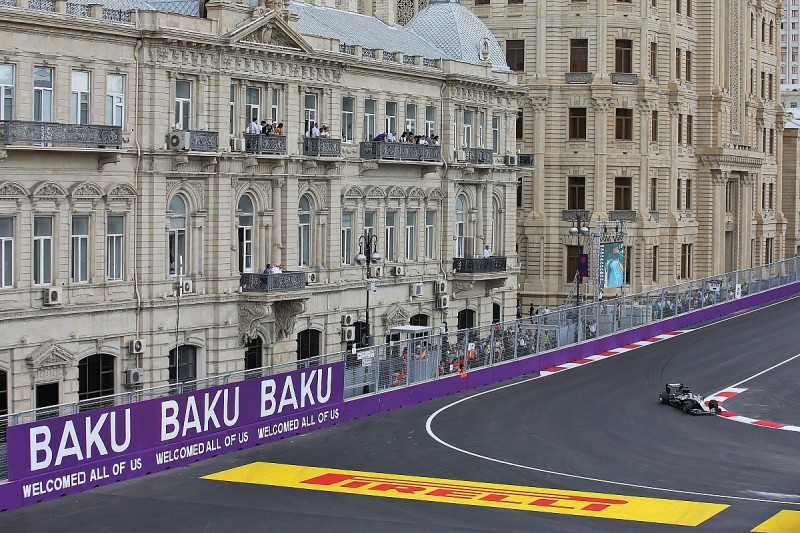 The race, which will run under the Azerbaijan Grand Prix banner rather than European this year, has shifted on the calendar to avoid a repeat of 2016's clash with the Le Mans 24 Hours.

"It's good to have more media and spectators in Azerbaijan for the race," said Rahimov.

"Last year, a lot of people got a chance to see what the race looks like and it attracted a lot of international spectators, and we are happy that those spectators won't have to choose between the two races.

"On the press side, Le Mans is a big event and a lot of media had to choose between the races and they won't have to do that this year."

Interest in the race appears to have increased, with Rahimov saying the event has sold "five times as many tickets as were sold in the same period last year".

"A lot of the locals got educated on what the race is, so they know what they are buying now and they just want to go and get there," he added.