Amid an ongoing legal wrangle after bailiffs seized equipment from the facility last week, Caterham team boss Manfredi Ravetto reckons that it should have moved the F1 operation to another factory back in July.

That would have avoided the current confusion caused by a number of Caterham companies - such as Caterham Sports Ltd, which was the subject of the bailiff's actions - being based in the same place as its racing operation 1MRT.

The debts being chased at Caterham Sports are claimed to be historical and date back to when previous owner Tony Fernandes was in charge.

"And today I regret this. I think we should have done a physical, geographical split since day one."

An extensive list of parts seized from Leafield was published by the 'Sheriff's Office' earlier this week, with the original intention that they would be auctioned.

But following a legal challenge from the F1 team - which claims the items were wrongly taken from 1MRT - the sale has been put off.

A clarification issued by the Sheriff's Office on Friday said: "Developments are fast moving and at this stage it is unclear whether the goods will now be auctioned."

Ravetto played down the importance of the parts taken, insisting none of them were race critical or for the 2014 campaign as has been claimed.

"There was a bailiff who removed certain stuff, but this is more memorabilia than race critical parts," he said. 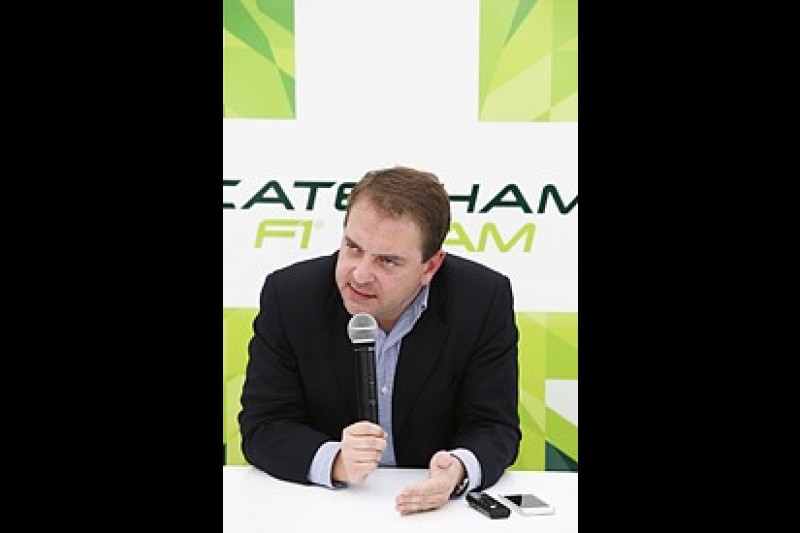 "They have a letter from our solicitors. So even the memorabilia belonging to 1MRT will have to be returned."

With debt issues from the Fernandes era still to be sorted, Ravetto admitted there were no guarantees for the long-term future of the team.

But he said Caterham was doing all it could to keep going despite the difficulties it faces.

"I cannot provide you with a bank guarantee that we will be [in F1] until the end of the season or next year - but who can do this?" he said.

"I am very much confident. But on the other side we are also realistic. We know where we are coming from: or where this team is coming from. And that is why we are quite relaxed on this respect.

"We inherited a team that was absolutely collapsing. The previous ownership was pulling the plug. It was finished.