The Pirelli tyre test is the only on-track running between the end of the 2018 F1 campaign and official pre-season testing next February.

Current Renault driver Sainz is one of several racers changing teams next season.

Asked by Autosport about the possibility of driving for McLaren in the Abu Dhabi test, Sainz said: "It's a good opportunity to try this year's car, obviously not next year's, but I'm focusing on these three races.

"I think my management are looking into if it's possible or not.

"At the moment it's not decided, or nothing has been clarified." 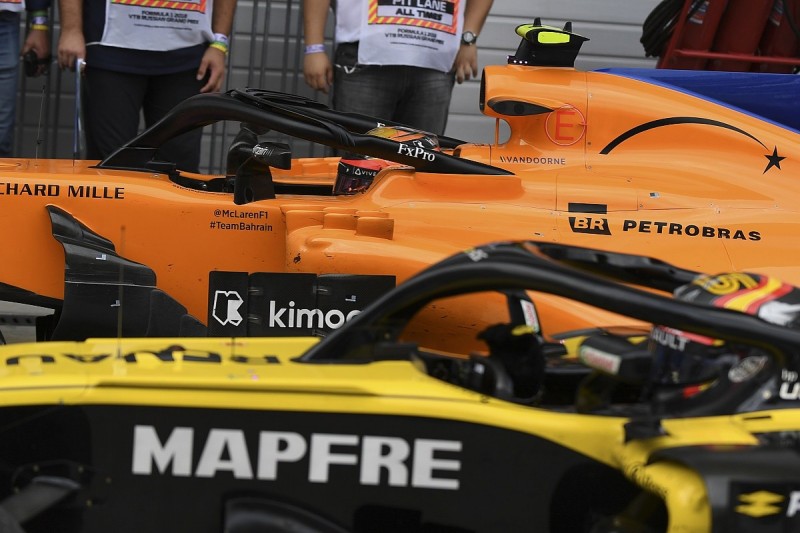 Renault hoped to run Sainz's replacement Daniel Ricciardo in the test but that move has been blocked by Ricciardo's current employer Red Bull.

This could have a knock-on effect for Sainz if Renault needs him for its planned programme.

Lance Stroll is already being lined up to drive for Racing Point Force India in the Abu Dhabi test ahead of his expected move from Williams.

Other drivers changing teams for next season are Kimi Raikkonen (Ferrari to Sauber), Pierre Gasly (Toro Rosso to Red Bull) and Charles Leclerc (Sauber to Ferrari).

Gasly and Raikkonen said they are aware testing in Abu Dhabi could be an opportunity but said no decision has been taken.

"We'll see," said Raikkonen. "Nothing clear, I'm quite open to any decision."

"It would be a good opportunity to start working with the team."