Sainz finished fifth in Azerbaijan, beating the team's previous best of the current era of sixth, which it has achieved seven times. However despite outperforming team mate Nico Hulkenberg the Spaniard insisted that neither he nor the car are on the limit yet.

"I know there's still a lot of work to do," he said. "Especially to extract the last two tenths of the car in qualifying, like Nico is doing.

"I feel in the race I am a lot closer, [Baku] is a good example, but if I can still do P5 without having 100% confidence in the car, it just means that when I get that little 5-10% more confidence that I need, I will just be on top of it."

"The good news is that we can be competitive in different conditions, and that's good," he told Autosport.

"Both restarts, and in particular the second one were not great for Carlos, he lost a position to Charles Leclerc which he managed to recover.

"But we gained a lot from the safety car, so we can't complain either."

'Podium was in reach' for Hulkenberg 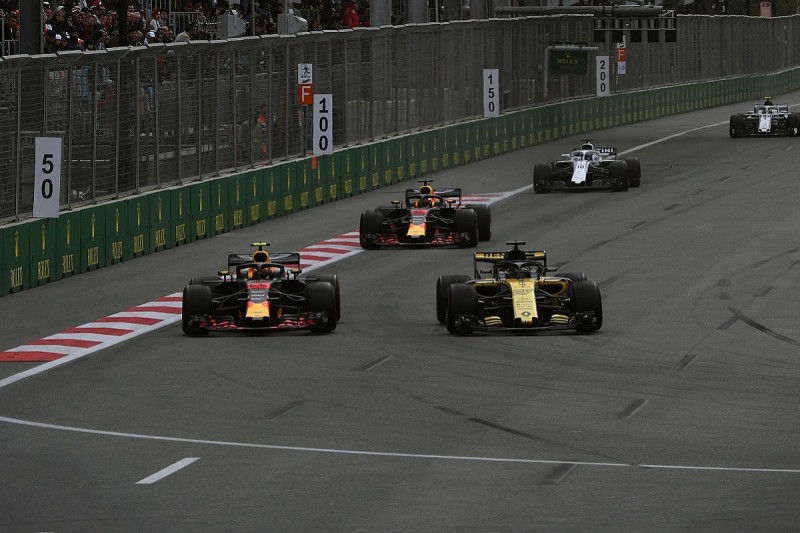 Meanwhile Abiteboul expressed sympathy for Nico Hulkenberg after he crashed out of the Baku race for the second year in succession, even though a podium finish was potentially up for grabs.

After showing impressive pace to get past the Red Bulls Hulkenberg struck the wall at Turn 4 on lap 11 while running fifth.

Last year he retired after clipping the wall on the inside at Turn 7 on lap 25 while in sixth place, and on both occasions he was well ahead of the a driver who eventually made the podium.

"On a day like this anything is possible, and a podium was probably within our reach," Abiteboul added.

"There was nothing strange we could see on the data. He went a bit deeper, a bit of imbalance, he went on he kerb.

"It was the famous Turn 4, which was really the challenging corner for everyone.

"It was one of those things. I think we need to move on."