Sainz was airlifted to hospital for tests after burying his Toro Rosso into a barrier at Turn 13 after the car slammed into the outside wall under braking.

Via his Twitter account, and with an accompanying thumbs-up picture, the 21-year-old said: "Everything OK! Nothing to worry about.

"Already thinking about how to convince the doctors to let me run tomorrow!"

Toro Rosso confirmed in a statement during qualifying in Russia that Sainz will stay in hospital overnight.

"After arriving at the Sochi Hospital 4, Carlos Sainz, who never lost consciousness, underwent a medical examination, including a full body scan," said the team. 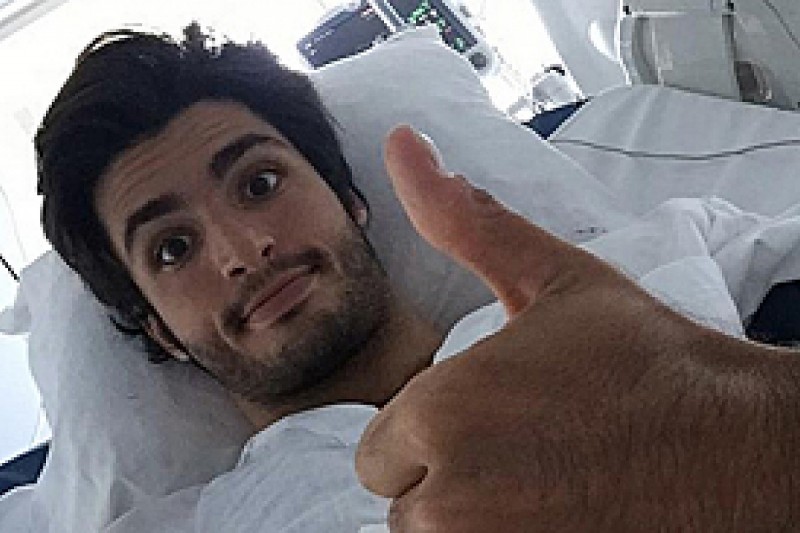 "The scan showed that the driver has no injuries.

"However, he will be staying in the hospital overnight as a precautionary measure, which is the normal procedure in these circumstances."

Toro Rosso is currently investigating the cause of the accident as Sainz appeared to lose control of his car under braking at the end of one of the fastest parts of the circuit.

The car sustained enough damage in the first impact with the wall that the Spaniard became a passenger as it hurtled across the run-off area and into a barrier.

After being attended to by medics and marshals, Sainz was eventually placed into an awaiting ambulance and on to the circuit medical centre prior to being taken to Sochi Hospital 4.

Toro Rosso ran with only Max Verstappen in qualifying.