The Renault driver finished 10th on the road at Hockenheim, but was hit with a 10-second penalty applied after the chequered flag that relegated him to 11th behind Brendon Hartley.

Sainz passed Marcus Ericsson's Sauber on the run to Turn 6 on the 56th lap of the race during the safety car period that followed Sebastian Vettel's crash, leading to the penalty.

"It was a very particular incident and a very strange situation," said Sainz when asked by Autosport about the incident.

"Just after my pitstop for inters I got lapped and as soon as the SC [safety car] gave us notice to unlap ourselves I was a little bit into the unknown not really knowing who was lapped and who had to unlap themselves or who didn't.

"I saw pretty much most of the cars going really slow, even if you were allowed to unlap yourself, so I just decided to push to rejoin the field at the back of the train as soon as possible.

"I think some drivers got the notice a bit later than me, they weren't pushing and had the recharge on - particularly the Sauber [of Ericsson].

"I thought he had a problem and didn't want to get to the back of the field, he wasn't even pushing so I decided to clear him as a personal decision.

Ericsson, who was still on slicks, insists he was flat out and did not understand why Sainz overtook him.

"I was flat out on the back straight and didn't know what he was doing. It was very strange," said Ericsson when asked by Autosport about Sainz's pass. 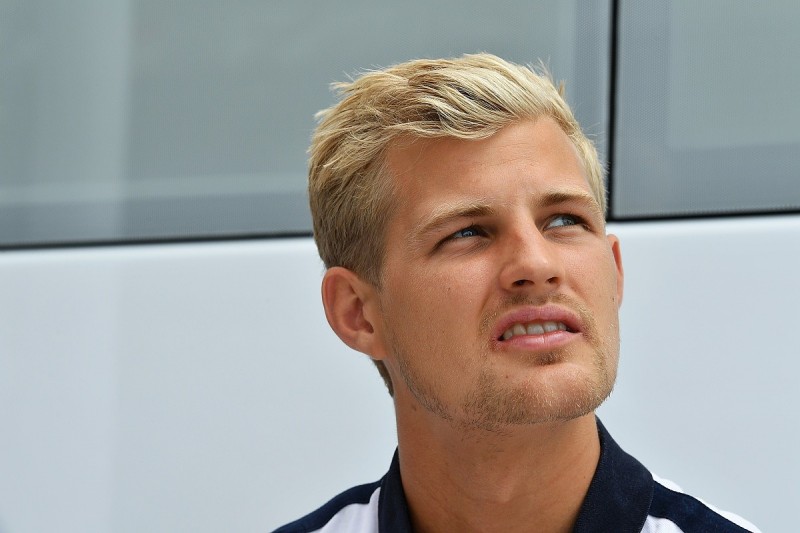 "But on the straight I was flat out and he was slipstreaming me and passing me into Turn 6."

Sainz was one of 12 cars given the instruction to overtake under the safety car to get their lap back at Hockenheim.

He suggested it would be more straightforward for drivers who are currently waved by the safety car by to get the lap back by dropping to the back of the field.

"[I'm] wondering if it is not simply easier to drop back, get ourselves at the back of the queue and then recover the lap down instead of having to do a full lap pushing behind the SC," said Sainz.

"Maybe it is just easier to go to the end of the queue and recover the lap that you've just lost."